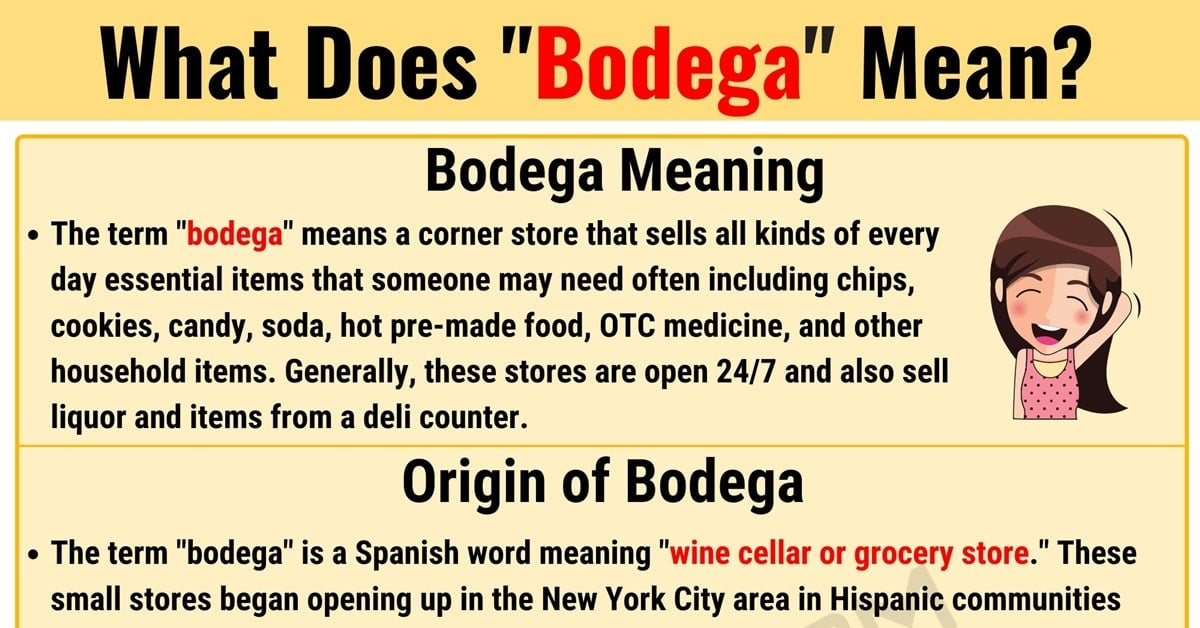 Here you will find the meaning of this slang term and information regarding its origin. You will also see some other meanings if there are any available and see this term used properly in some example conversations to help you better understand the term by seeing it used in context. Lastly, you will find some alternative words or phrases that you can use as a substitution for the term “bodega.”

What Does Bodega Mean?

The term “bodega” means a corner store that sells all kinds of every day essential items that someone may need often including chips, cookies, candy, soda, hot pre-made food, OTC medicine, and other household items. Generally, these stores are open 24/7 and also sell liquor and items from a deli counter.

The term “bodega” is a Spanish word meaning “wine cellar or grocery store.” These small stores began opening up in the New York City area in Hispanic communities during the 1940s and 1950s. Most of them were owned by immigrants of some Latin American descent, which is where the term came from for these types of stores. In the New York City area, there are many “bodegas” still today, although many of them have been closed due to bigger businesses putting them out of business.

An online conversation between two people playing a game:

There are many words or phrases that you can use to replace the word “bodega” and still convey the same meaning. Some of the alternative terms you could use include: 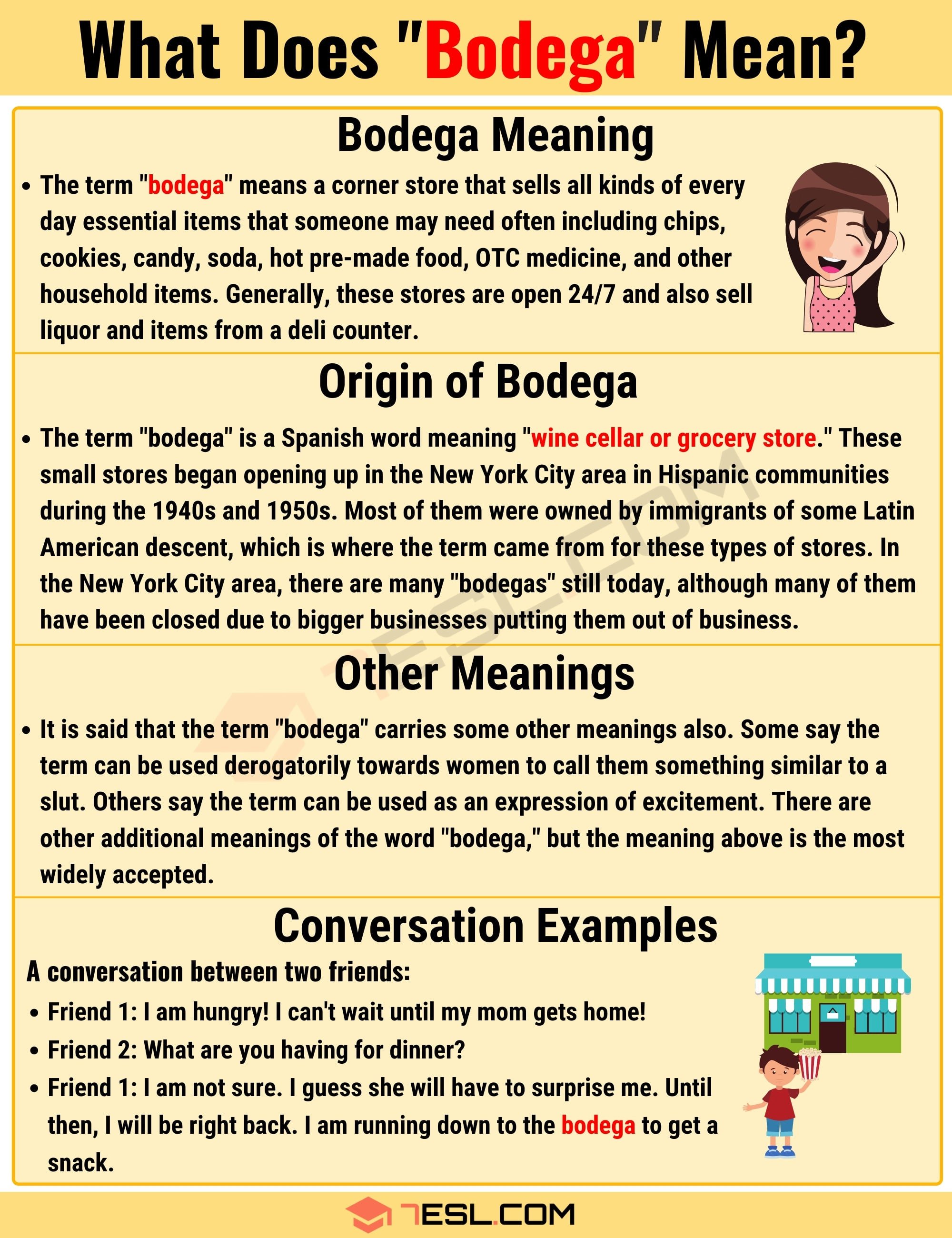