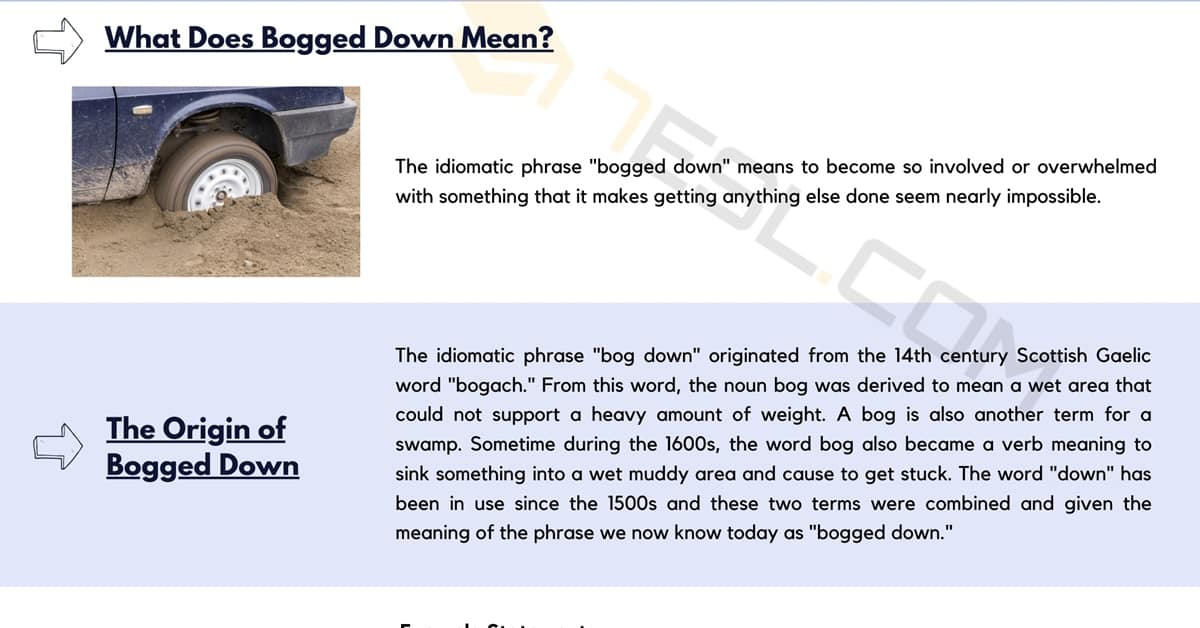 One idiomatic phrase you may see or hear used frequently in everyday conversation or writing is “bogged down.” Here you will find the meaning of this phrase and the information available about its origin. You will also find examples of how to use this phrase properly in conversations/statements and you will find alternative ways that you can say the phrase while still conveying the same meaning.

What Does “Bogged Down” Mean?

The idiomatic phrase “bogged down” means to become so involved or overwhelmed with something that it makes getting anything else done seem nearly impossible.

Origin of Bogged Down

The idiomatic phrase “bog down” originated from the 14th century Scottish Gaelic word “bogach.” From this word, the noun bog was derived to mean a wet area that could not support a heavy amount of weight. A bog is also another term for a swamp. Sometime during the 1600s, the word bog also became a verb meaning to sink something into a wet muddy area and cause to get stuck. The word “down” has been in use since the 1500s and these two terms were combined and given the meaning of the phrase we now know today as “bogged down.”

Examples of Bogged Down

A statement made by a celebrity during an interview with a popular entertainment magazine.

Other Ways to Say “Bogged Down”

Like all idiomatic phrases, there are many alternative ways to say “bogged down” and convey the same meaning. Other things you might say include: 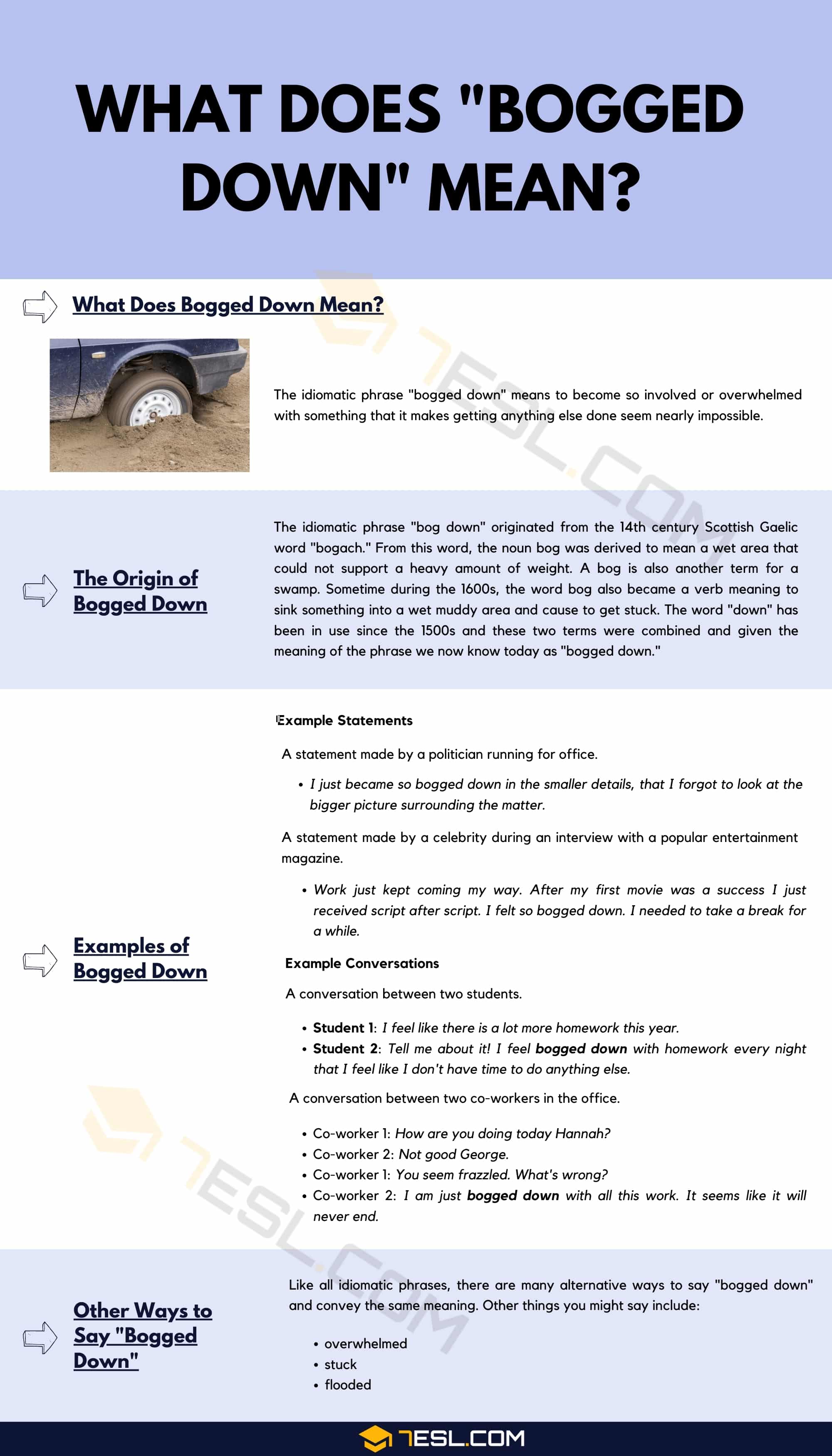