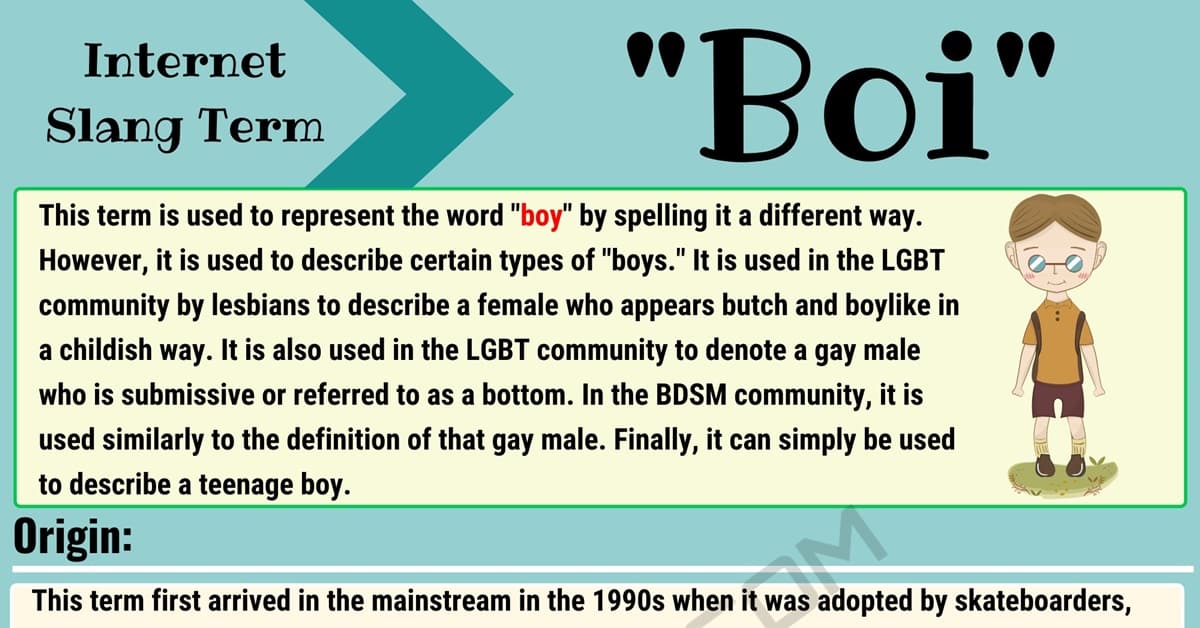 The usage of the word “boi” became popular more than 20 years ago and its popularity is still going strong online and in real-life conversation. If you have seen this term being used and are wondering what it means, then, fortunately, you have come to the right place. Here you will find the meaning of this term, the story of its origin, and some other meanings.

You will also find some example conversations featuring the term used in the correct context to help you gain a more personal understanding of the slang term. Finally, you will discover some alternative words and phrases that you can use in place of this term to bear the same meaning.

What Does Boi Mean?

This term first arrived in the mainstream in the 1990s when it was adopted by skateboarders, ravers, and eventually the emo scene to refer to boys who were seen as masculine as they should be. However, the term didn’t become popular until a meme featuring a frog on a unicycle was posted in 2015 featuring the phrase “here come dat boi.”

Other than the meanings already mentioned above, it should be noted that when most people use the term in the present it is used as a way to show that the person they are calling this term is about to be roasted or insulted in some way. It can also be used as an endearing way to refer to a friend.

There are several synonyms that you can use to replace this term in conversation. Some of the alternative words you could use depending on the context that it is being used in include: 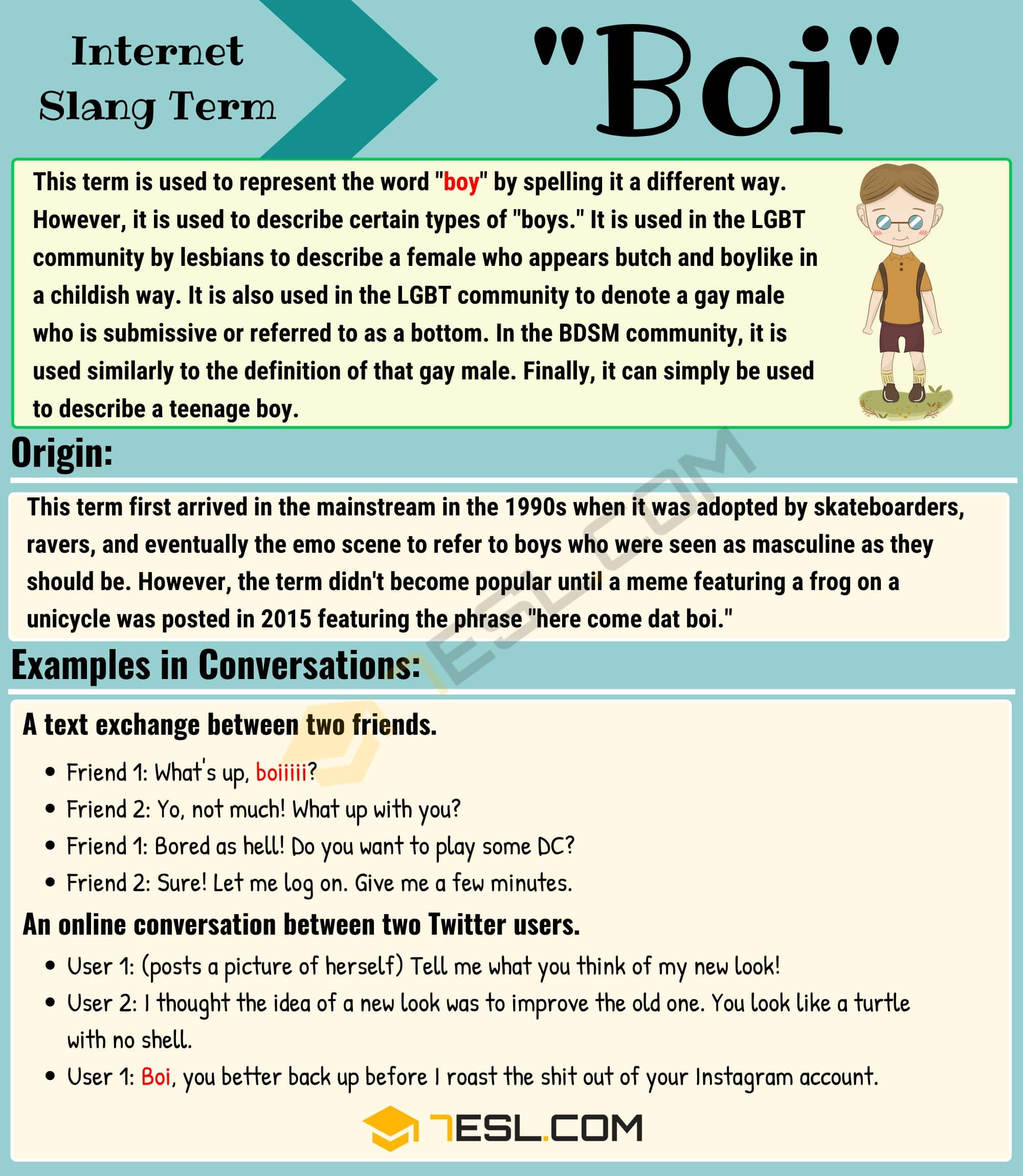 I grew up with this term. I was a teen when Avril started a whole new style of punk and this is around the time the term boi was used frequently by those in their teens to 30’s. The word “Boi”, to my generation,means an immature man or guy who you are putting in their place. The kind of guy who thinks way more of their self than they should, the 23 year old living in their mom’s basement doing nothing with their life but skateboarding and thinking they have swagger. It was also used when you are “warning” someone… Read more »