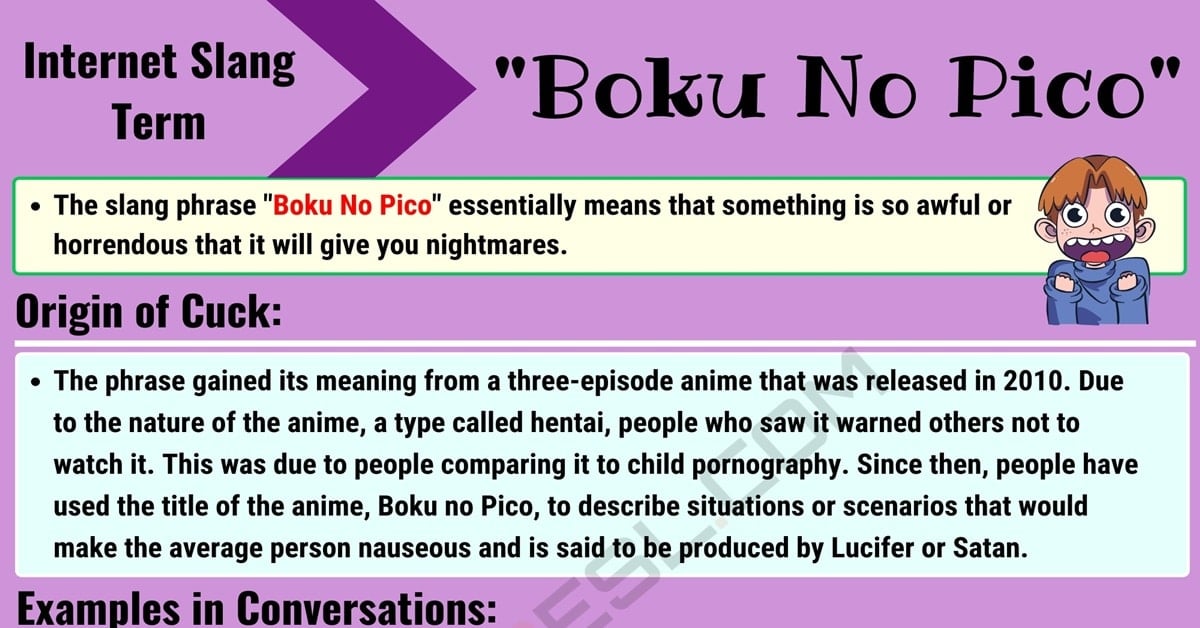 If you are a fan of anime, then you have probably heard “Boku No Pico” before. If you haven’t heard of this before and are curious to know all about it, then continue reading. Here you will find the meaning of this slang phrase and information about its origin.

You will also discover other meanings if they exist and see the phrase used in conversation examples so you can gain a better understanding of the phrase used in context. Finally, you will see some alternate words or phrases that you can use in place of this phrase to mean the same thing.

What Does Boku No Pico Mean?

The slang phrase “Boku No Pico” essentially means that something is so awful or horrendous that it will give you nightmares.

Origin of Boku No Pico

Currently, there are no other known meanings of this slang phrase.

An online conversation between two users in an anime forum.

Alternatives to “Boku no Pico”

There are many words that you can use to replace the phrase “Boku no Pico” in conversation to relay the same meaning. Some of these include: 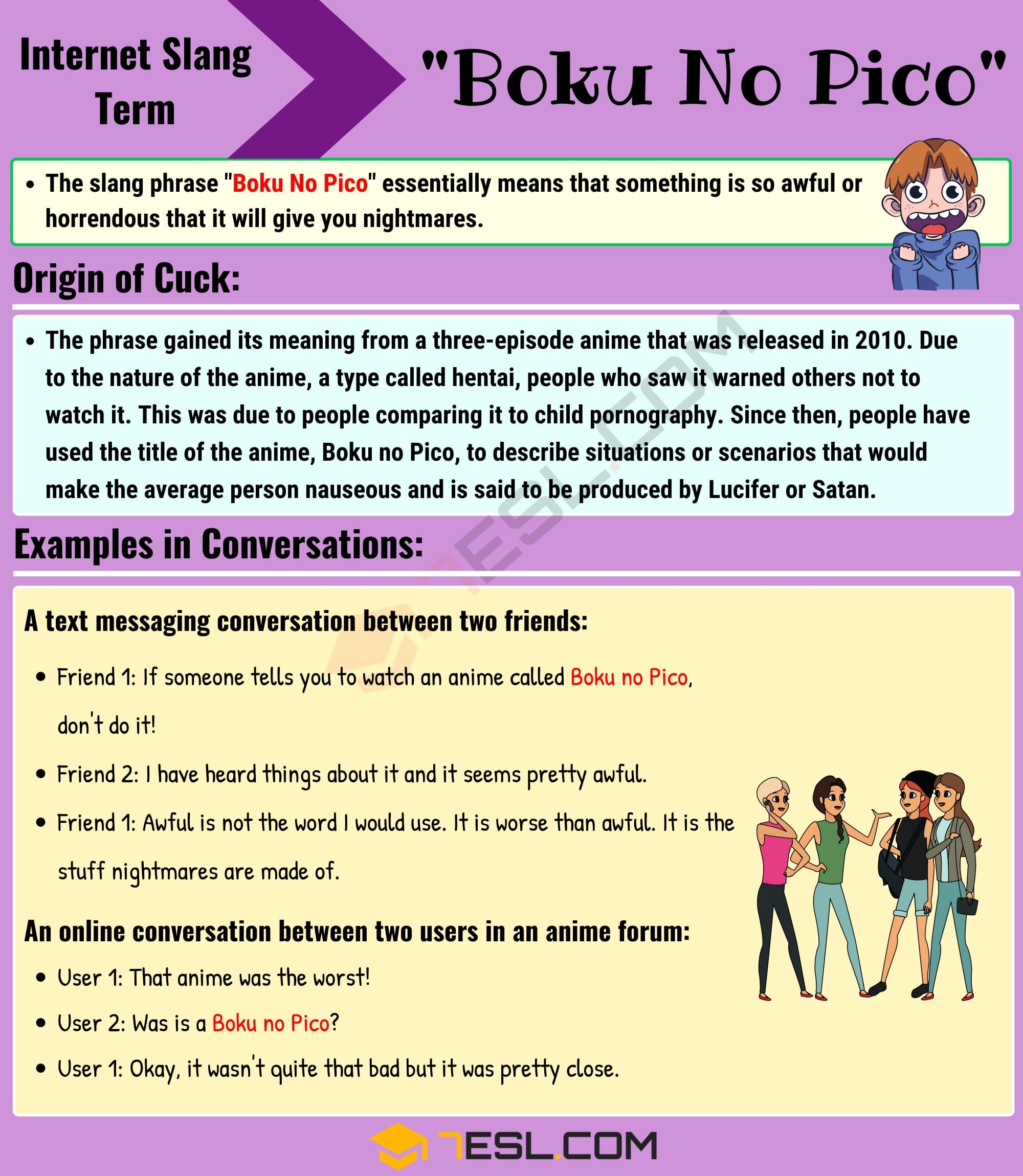 Your word is “Boku no pico”, but then your info graphic refers to “cuck”.

my favourite anime i love children

My grandchildren love this show!