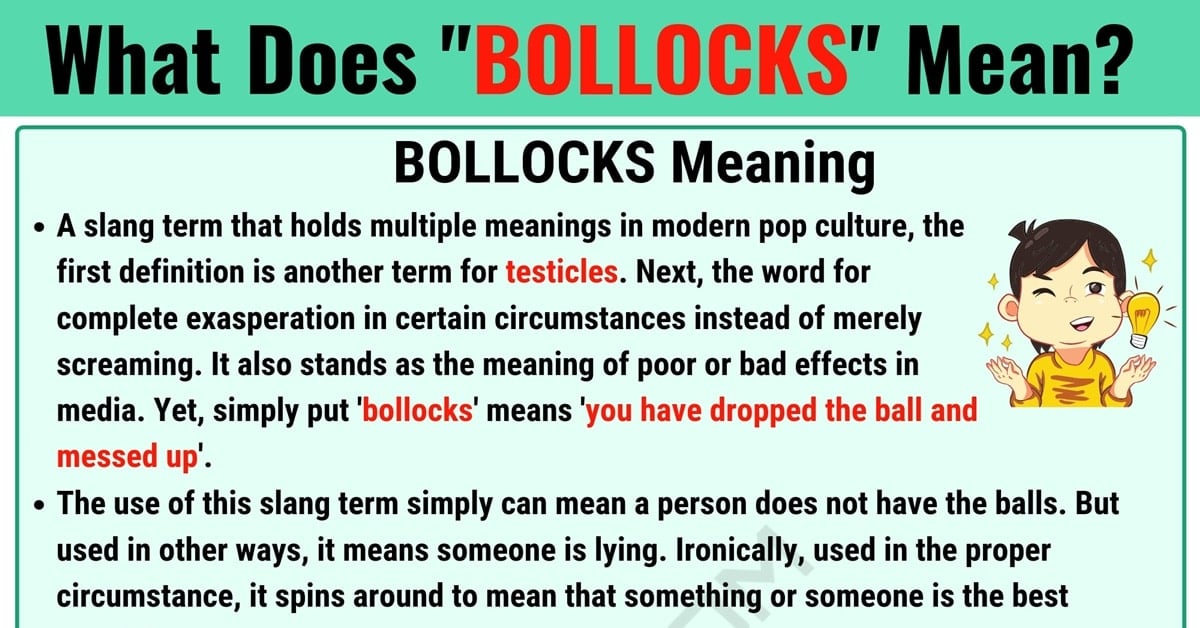 What does Bollocks mean? What is the definition of this internet slang term? Learn how and when to use this text abbreviation with ESL infographic and useful conversation examples in English.

What Does Bollocks Mean?

A slang term that holds multiple meanings in modern pop culture, the first definition is another term for testicles. Next, the word for complete exasperation in certain circumstances instead of merely screaming. It also stands as the meaning of poor or bad effects in media. Yet, simply put ‘bollocks’ means ‘you have dropped the ball and messed up’.

The use of this slang term simply can mean a person does not have the balls. But used in other ways, it means someone is lying. Ironically, used in the proper circumstance, it spins around to mean that something or someone is the best possible.

One of the oldest words used in pop culture today, ‘bollocks’ was even seen in languages dating back to the 13th century. It rose quickly into modern slang terms after the 1977 album by The Sex Pistols entitled, Never Mind the Bollocks, Here’s The Sex Pistols. The controversy surrounding the punk rock group may have sent this term into the future with a blast.

Here is how you will find this internet slang word used.

In this conversation, you have a girl trying to reassure the guy he didn’t do that bad during the game, that he didn’t let them down like he feels he did.

A true super-fan will follow his team no matter how bad of a season they have, even if everyone else tells him they keep dropping the ball when under pressure he will remain loyal. 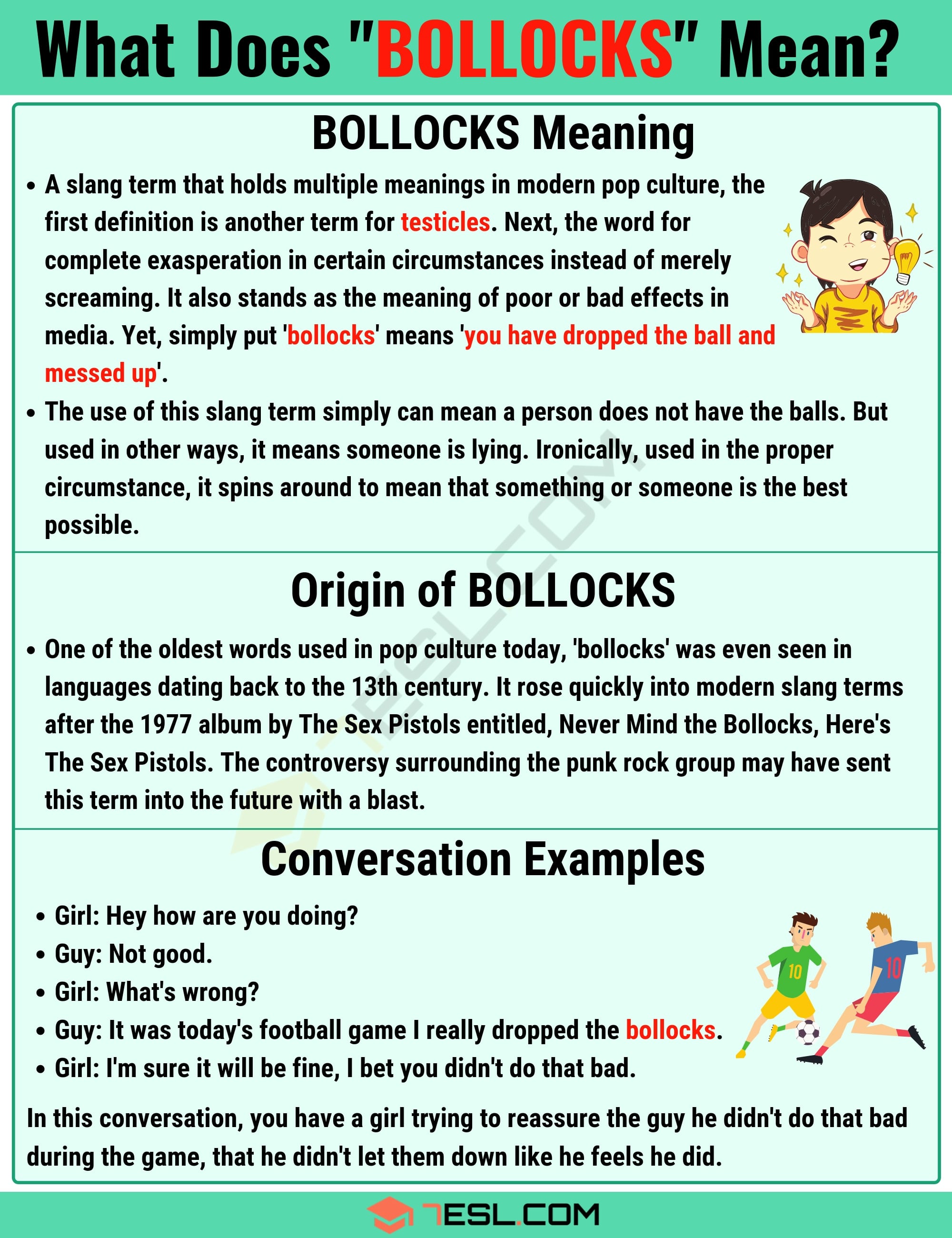