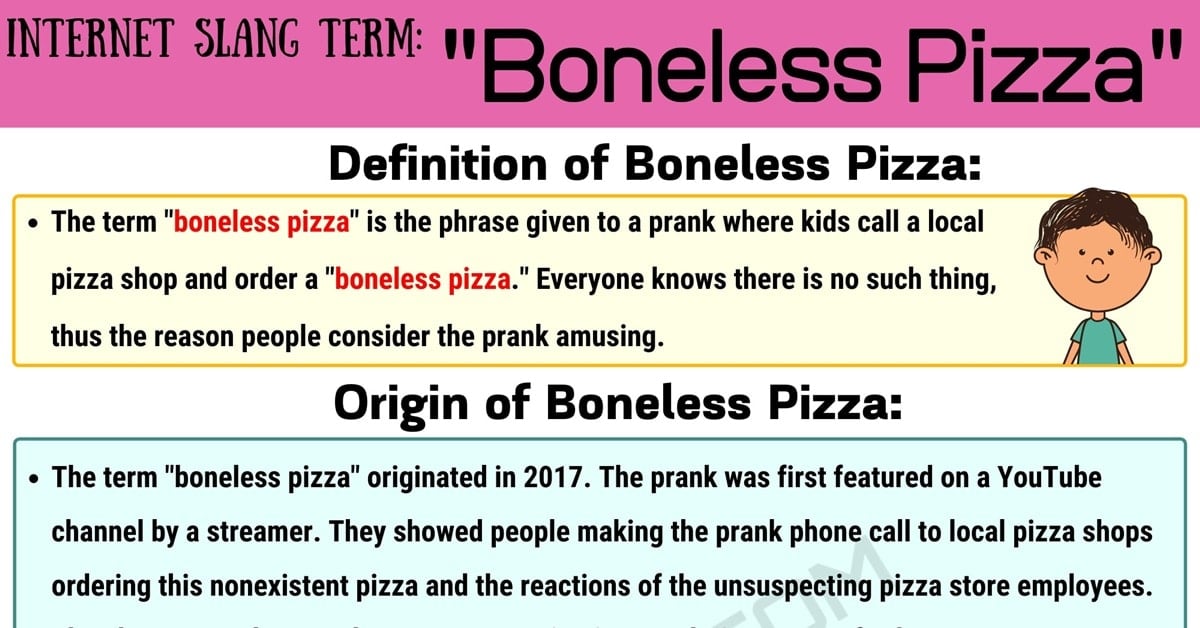 The phrase “boneless pizza” should sound absurd and leave you wondering what on earth does that mean. If you are and it’s what bought you here, then you have come to the right place. Here you will not only find the meaning, but you will also find the origin, some other meanings if there are any, some example conversations using the slang phrase, and some alternative words or phrases you could possibly use in its place.

What Does Boneless Pizza Mean?

The term “boneless pizza” is the phrase given to a prank where kids call a local pizza shop and order a “boneless pizza.” Everyone knows there is no such thing, thus the reason people consider the prank amusing.

The term “boneless pizza” originated in 2017. The prank was first featured on a YouTube channel by a streamer. They showed people making the prank phone call to local pizza shops ordering this nonexistent pizza and the reactions of the unsuspecting pizza store employees. The phrase was then used on memes causing its popularity to grow further.

There are currently no other known meanings of the phrase “boneless pizza.” 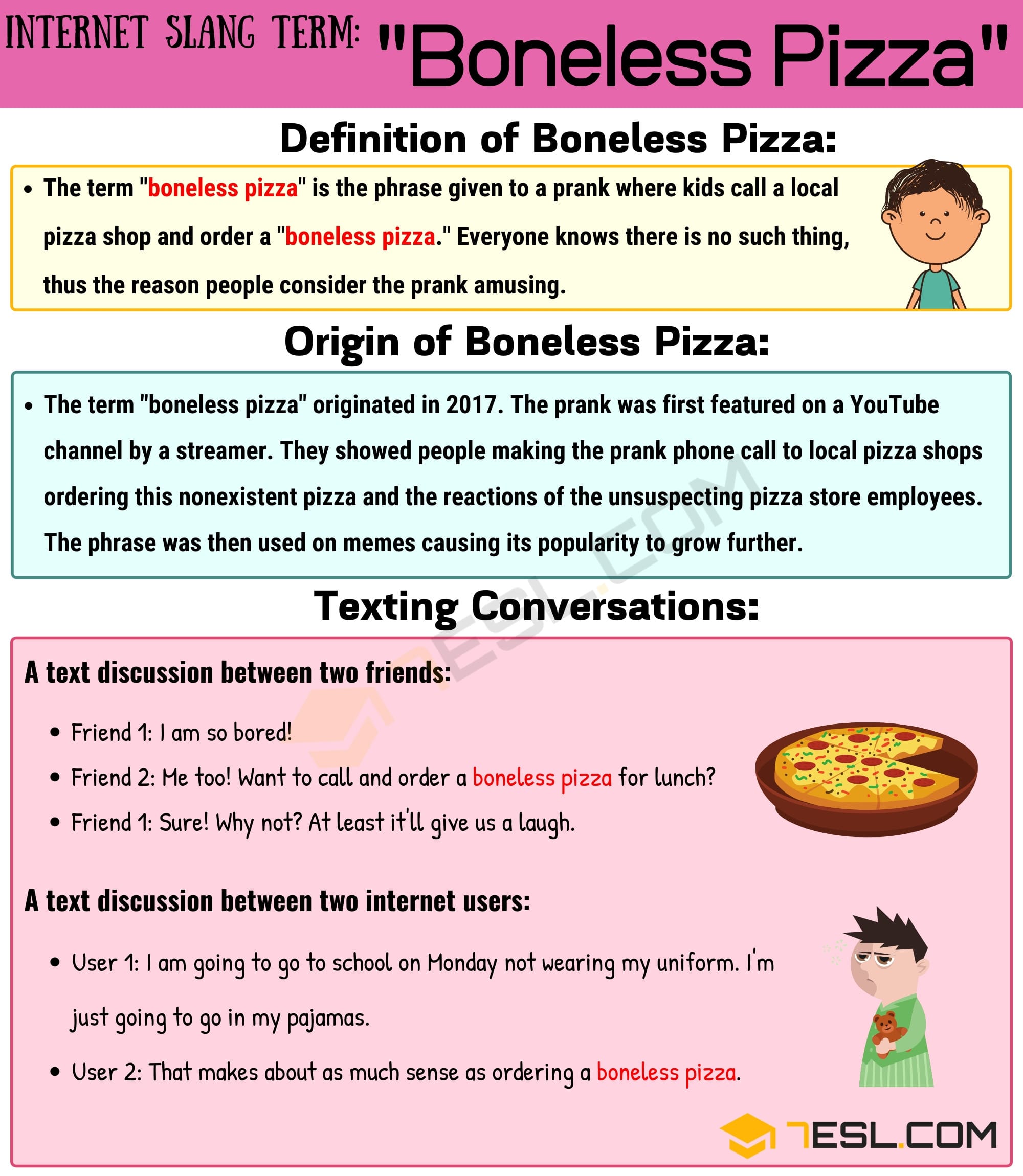