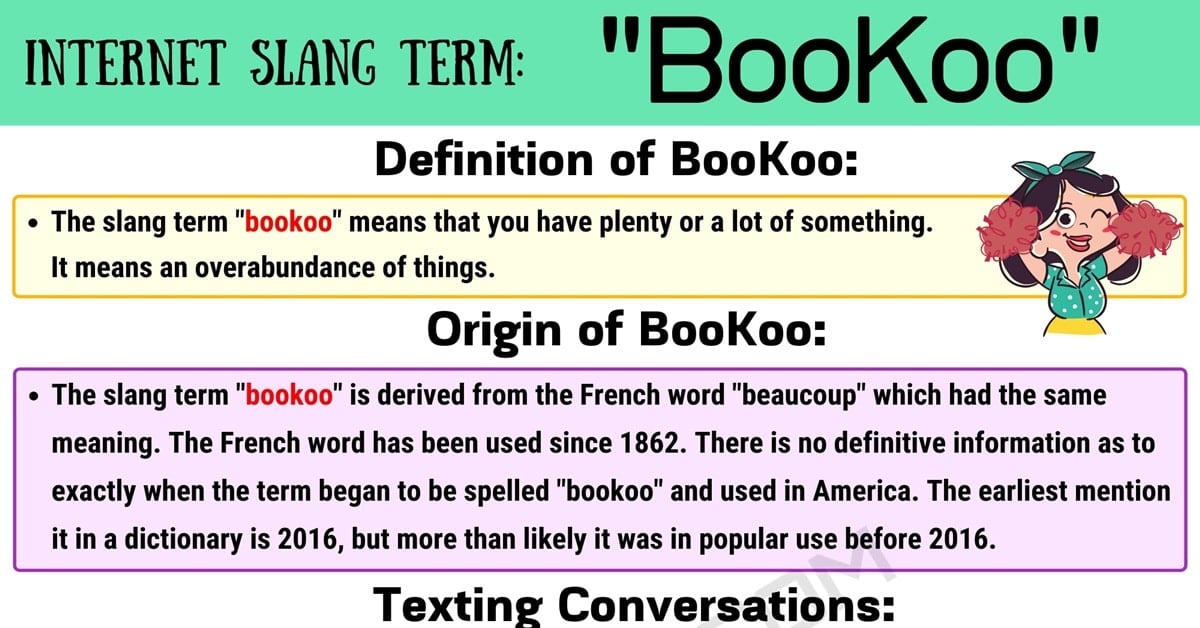 The slang phrase “bookoo” is used quite often by many people. Usually, people know what it means but might not know where the term is actually derived from. If you were wondering about either, you have landed in the right spot.

Here you will find the meaning of this term, information about its origin, some other meanings if there are any, and some example conversations that use the phrase correctly. Finally, you will discover some alternative ways to say the term using other words or phrases that mean the same thing.

What Does BooKoo Mean?

The slang term “bookoo” means that you have plenty or a lot of something. It means an overabundance of things.

The slang term “bookoo” is derived from the French word “beaucoup” which had the same meaning. The French word has been used since 1862. There is no definitive information as to exactly when the term began to be spelled “bookoo” and used in America. The earliest mention it in a dictionary is 2016, but more than likely it was in popular use before 2016.

Other than the meaning mentioned above, the term “bookoo” has a few other meanings. The first meaning is the name of an energy drink. The second meaning can be used to describe someone who does something crazy or stupid.

A text discussion between two co-workers.

There are many words or phrases that you could use in place of the slang term “bookoo.” Some of the other things you could say include: 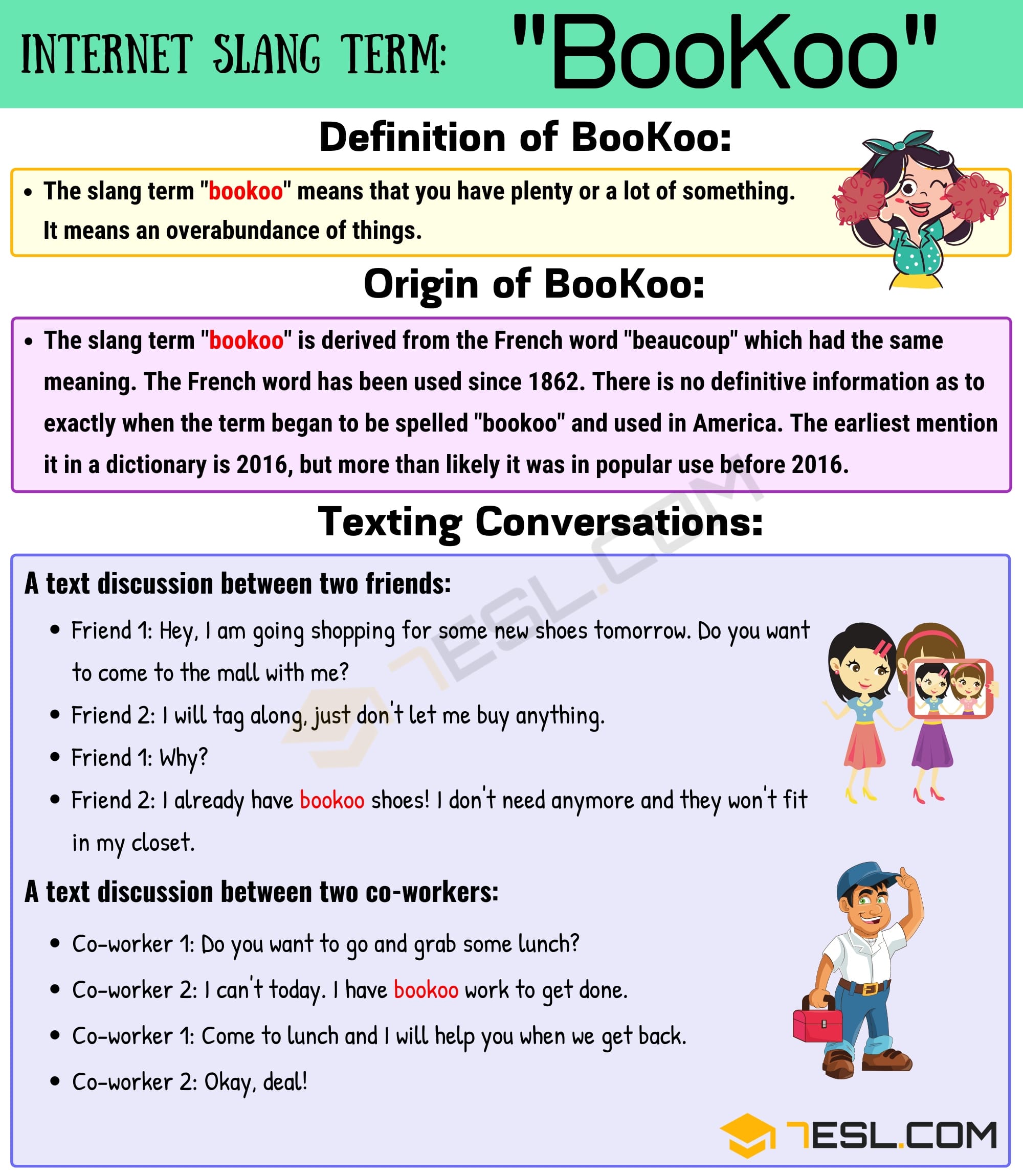 Bookoo was brought back from Viet Nam by the soldiers. The French had occupied Nam fir years, so the Vietnamese spoke French.