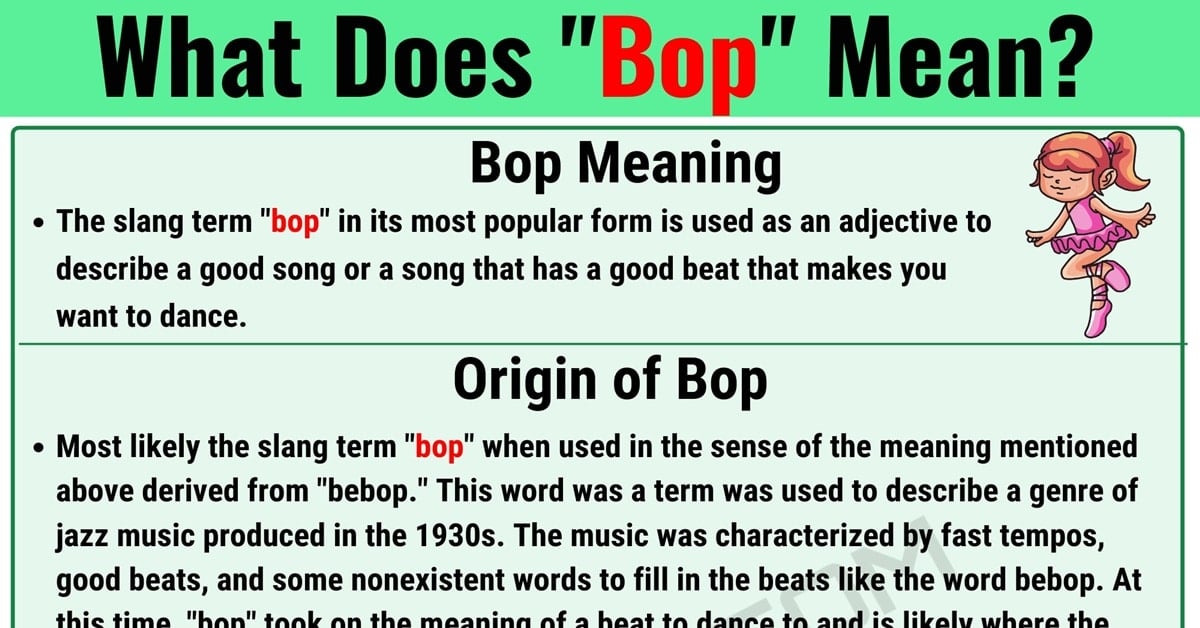 The slang term “bop” is a word that is widely used today on the internet. More than likely, you have seen or heard this term more than once. If you are wondering what this term means, then you have come to the right place. Here you will find the most popular meaning of this term and other possible meanings also.

You will also learn about the origin of this term and find some example conversations with the term used properly to help you further understand its meaning. Finally, you will find some alternative words or phrases that are synonyms to the term that you can use in place of this term in conversation to still relay the same meaning.

What Does Bop Mean?

The slang term “bop” in its most popular form is used as an adjective to describe a good song or a song that has a good beat that makes you want to dance.

Most likely the slang term “bop” when used in the sense of the meaning mentioned above derived from “bebop.” This word was a term was used to describe a genre of jazz music produced in the 1930s. The music was characterized by fast tempos, good beats, and some nonexistent words to fill in the beats like the word bebop. At this time, “bop” took on the meaning of a beat to dance to and is likely where the meaning that is most used today derived from. 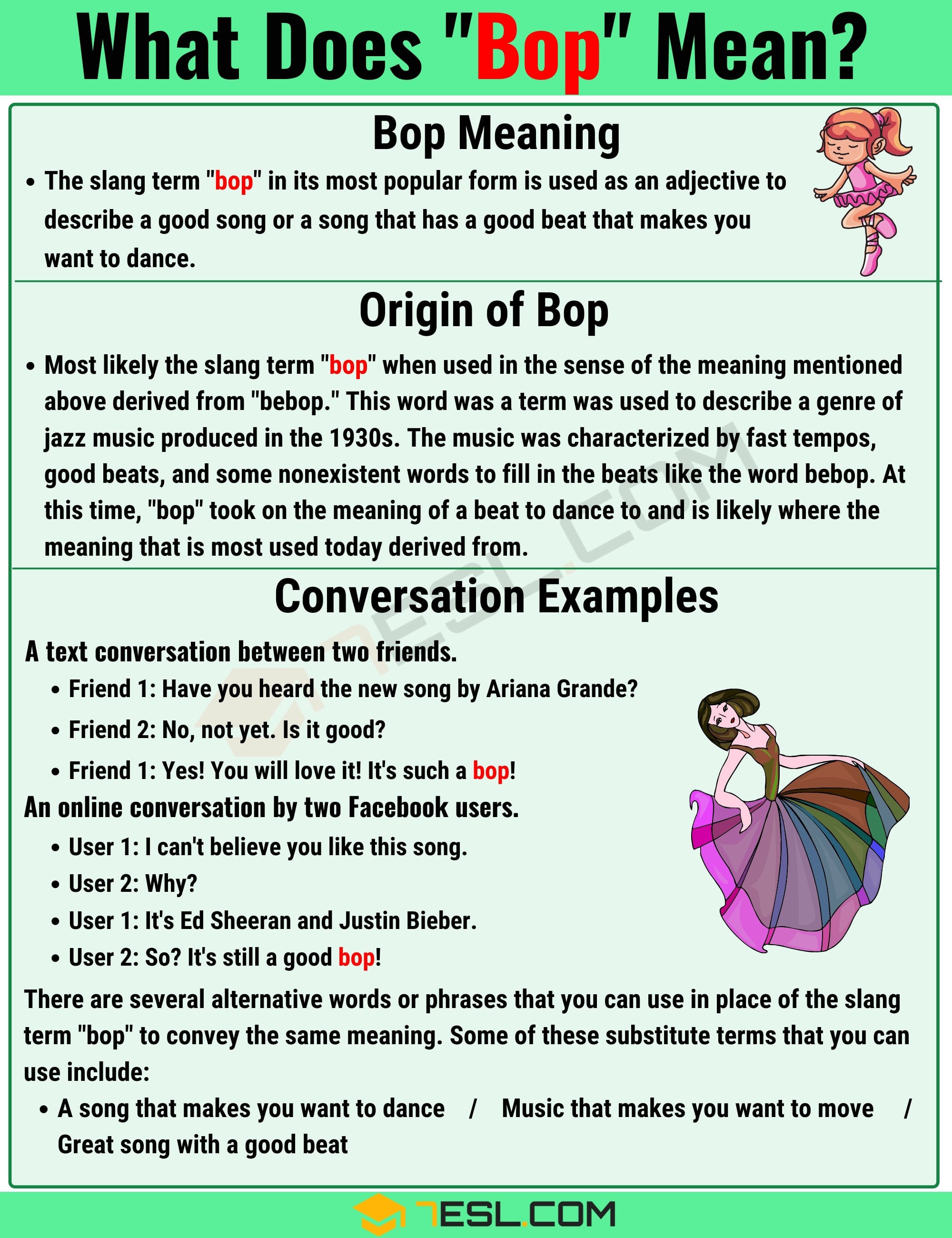