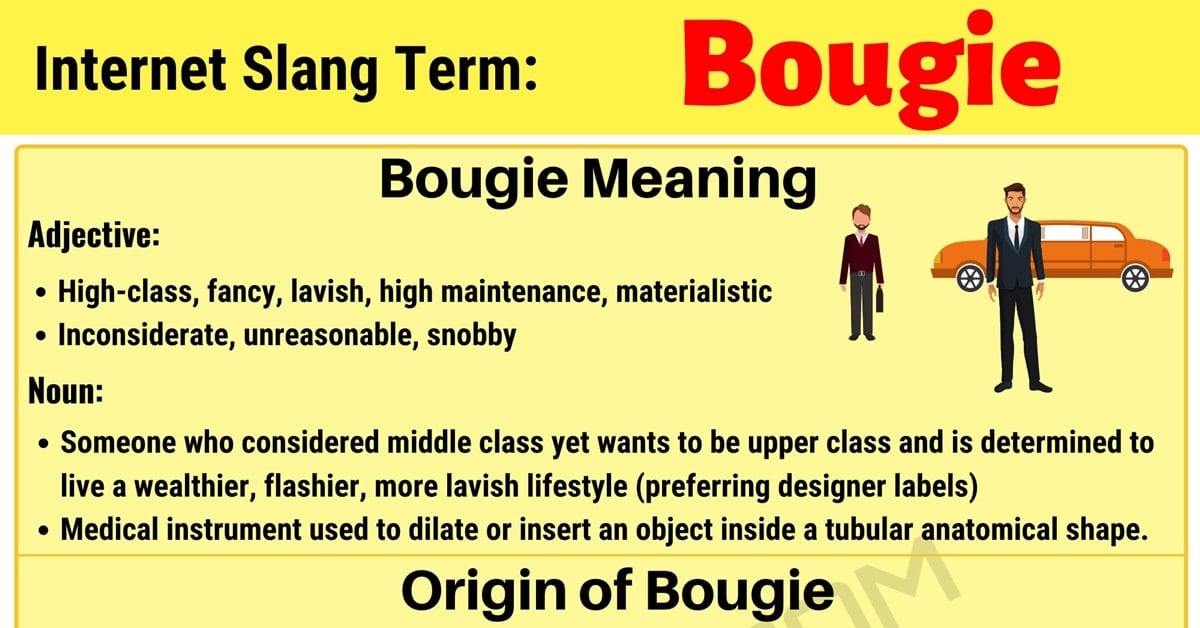 Bougie is a slang word that you hear in everyday conversations and in the media. Whether it’s the rap song Bad and Boujee, by Migos’, or a bunch of youngsters at the mall. The term refers to someone with wealth and swag, or perpetrating as if they have it.

What Does Bougie Mean?

The origin of bougie, derives from the French word Bourgeoisie, referring to a social status of middle to upper class. The use of the term in Europe dates as far back as the 12th century pertaining to medical instruments. By the 18th century the term was used to describe success, particularly artistic success. Throughout the 20th and 21st century the term bougie has adopted several different connotations within the urban community, from mockery to unreasonable to flashy.

Example sentences – Using as an Adj.

Example sentences – Using as a Noun 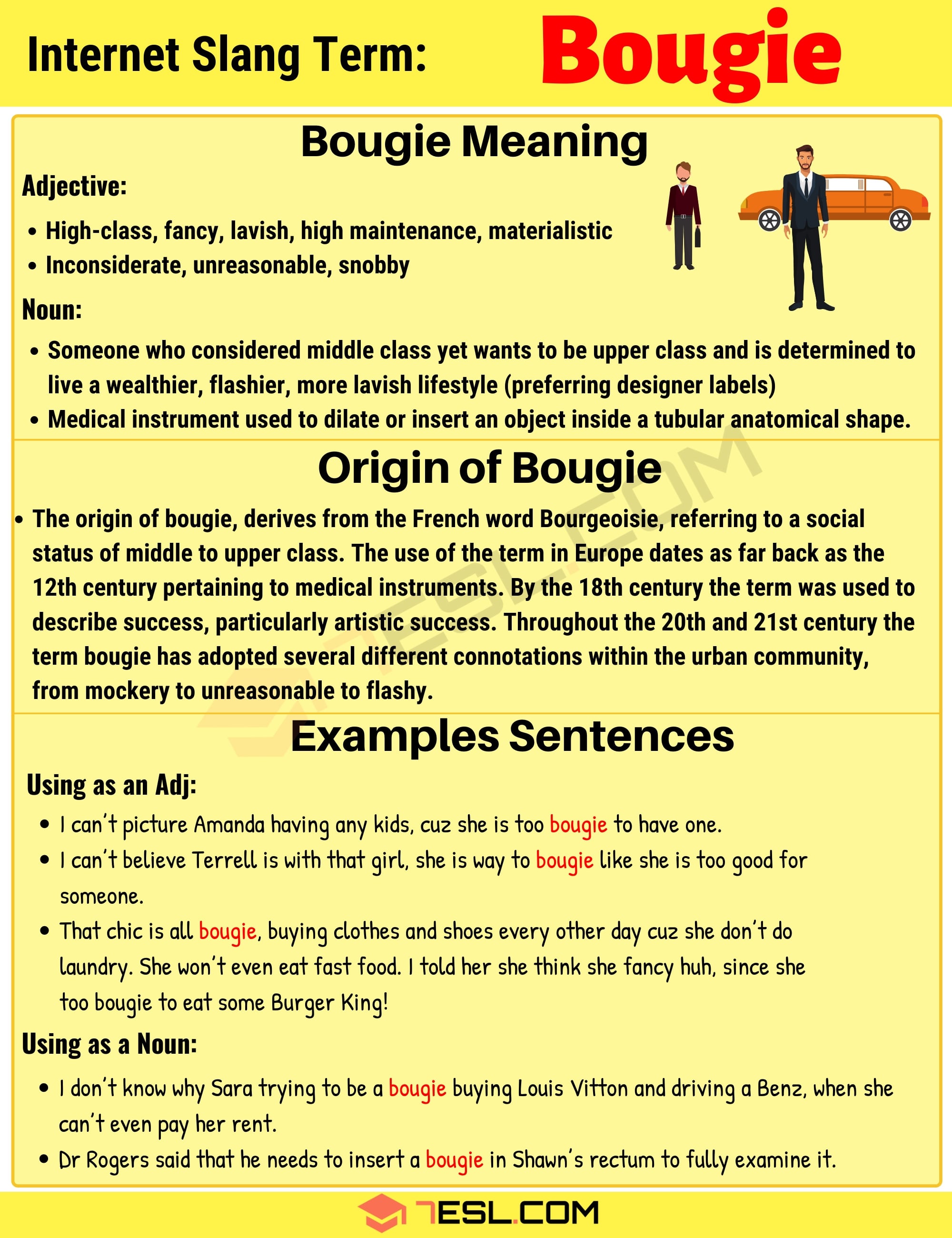