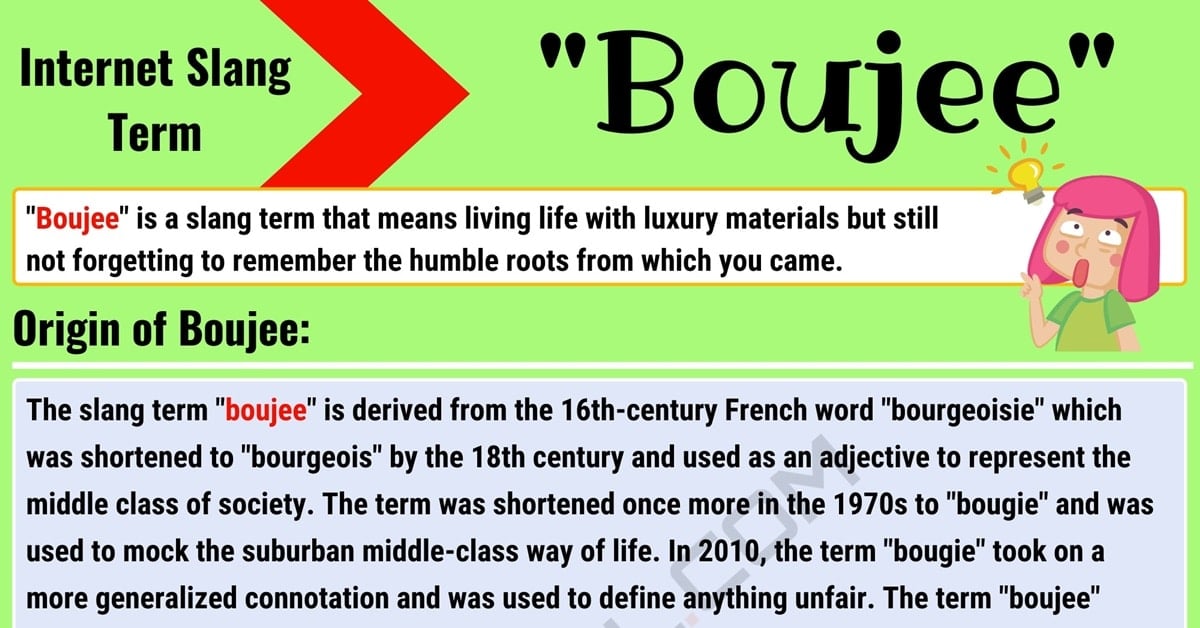 The slang term “boujee” is a term that is frequently used today on the internet among users everywhere. If you have come across this term being used and have found yourself wondering what it means, have no fear! Here you will find the meaning of this term and information regarding its origin.

You will also find other meanings if there are any to be had and some example conversations so you can see how the term is used correctly and gain a better understanding of its meaning. Finally, you will find some alternative words or phrases that can be used in place of the slang term “boujee” during a conversation to relay the same message.

What Does Boujee Mean?

“Boujee” is a slang term that means living life with luxury materials but still not forgetting to remember the humble roots from which you came.

The slang term “boujee” is derived from the 16th-century French word “bourgeoisie” which was shortened to “bourgeois” by the 18th century and used as an adjective to represent the middle class of society. The term was shortened once more in the 1970s to “bougie” and was used to mock the suburban middle-class way of life. In 2010, the term “bougie” took on a more generalized connotation and was used to define anything unfair.

The term “boujee” followed the same derivation, but not the same changing of definitions. The different spellings defined it as a different word entirely. It was not until the term “bougie” was changed to “boujee” in a popular hip-hop song in 2016 that this different spelling took on a different meaning. The song ultimately inspired the definition stated above and is also responsible for making the word popular among internet users.

There are currently no other known meanings of this internet slang term. 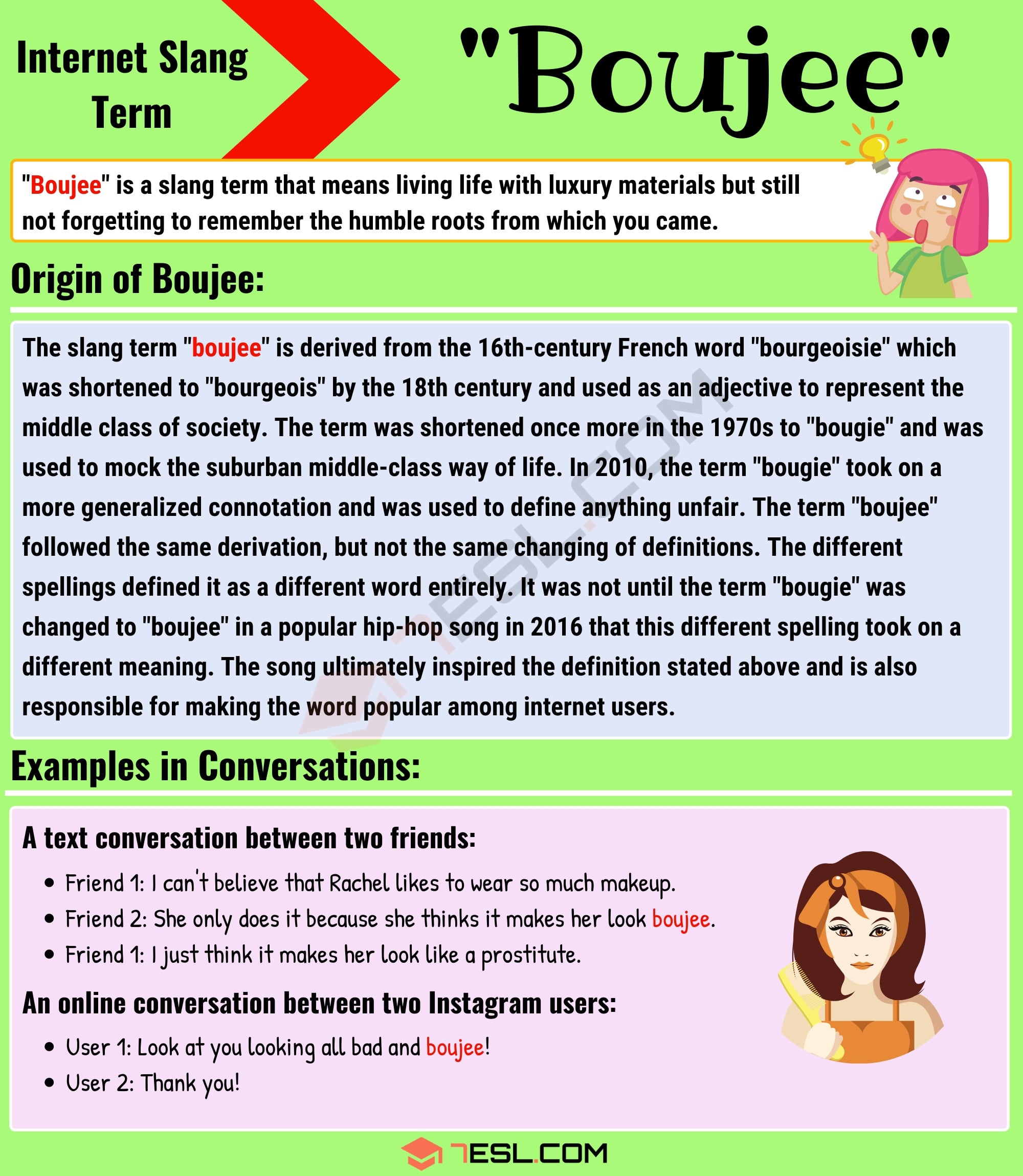 You are absolutely wrong. It means to be obsessed with material trappings but not have the money to get them. So, it’s posing, pretending, acting like you do as you thirst for material wealth and possessions. It’s not ‘oh I’m so humble in my $37 million dollar mansion’. It’s a put-down, not a compliment. It’s a fake bag and a phony tee *pretending* to be rich. Get it?

No! “Boujee” is a slang term that means living life with luxury materials but still not forgetting to remember the humble roots from which you came. it’s called Elevation and wanting to do better and be better and enjoying all life has to offer!