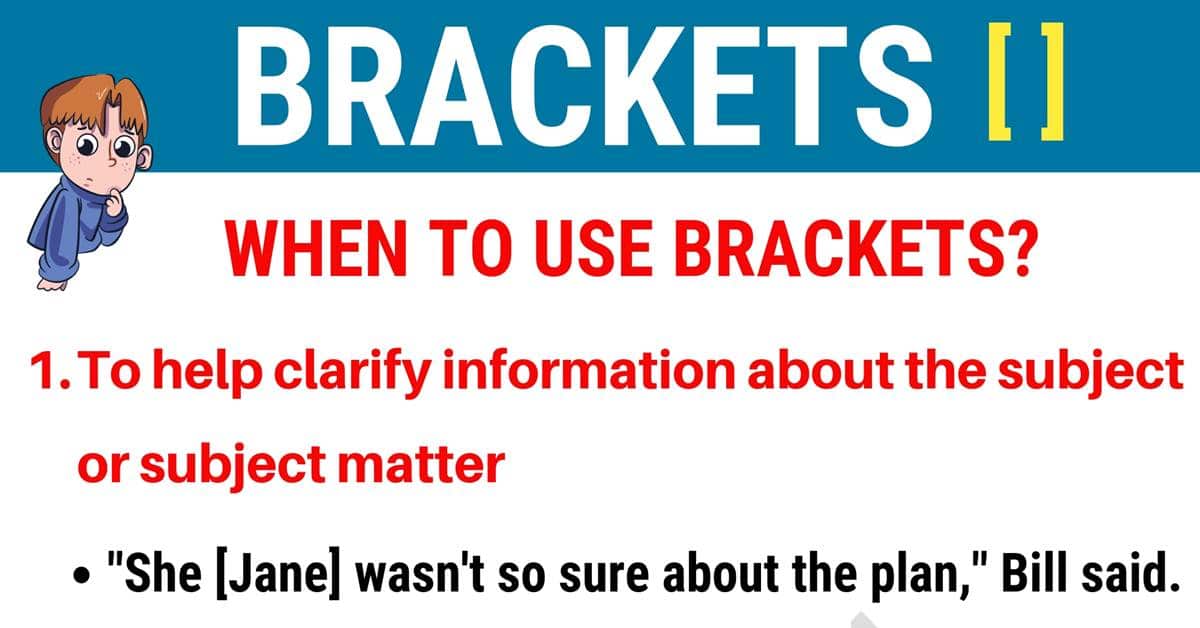 What are brackets? What are [] called? Learn how and when to use brackets in English with useful punctuation rules and example sentences.

A pair of brackets, or [], is a type of punctuation used to hold extraneous information within a quotation. Unlike other parenthetical forms, such as () or <>, brackets are only used within quotations. They will typically enclose words or phrases that help clarify and aid understanding of the subject matter, but can also be removed from the sentence without altering the meaning or causing confusion.

Learn more with the difference between brackets and parentheses.

When to Use Brackets

Brackets are used to convey additional text to the reader within a quotation. This information can take many forms.

(1) To help clarify information about the subject or subject matter

Brackets will often be used to add details about a subject’ s identity or role, or give supplementary information about the subject.

Here, Bill said in reality, “She wasn’t so sure about the plan.” However, the reader is unaware of the identity of the “she” spoken about. [Jane] is inserted into the quote to inform the reader of her identity.

[The game] here explains what “it” is to the reader. It gives context and pertinent information to the sentence without requiring the addition of the entire backstory. For this reason, brackets are extremely useful when citing small parts of a quote in your written material.

At times, quotations may include information in other languages. The quote should be recorded with the foreign language for accuracy, but a translation may be included alongside within brackets.

When copying a quotation, it is important to do so accurately. That means one must include grammatical errors, misspellings, and other incorrect information to preserve the character and legitimacy of the quote. However, when these inaccuracies make the quote difficult to understand, [sic] is inserted after the mistake to note the error. Sic is a Latin word from the phrase “sic erat scriptum”, which means “thus it was written”. Its presence in a quote means that this quote was written exactly as such. The reader then understands to read the incorrect material as a mistake.

Although he said “than” rather than the correct “then”, the presence of [sic] tells the reader to read the phrase as “It came to my house and then went to hers”, which is what he meant to say.

(4) To change the punctuation to maintain contextual accuracy

In a perfect world, all quoted material would have proper punctuation, have no extraneous information, and be contextually accurate. In reality, quoted material often starts in the middle of a sentence and speakers do not always pronounce the whole word. When these things happen, brackets are used to make the grammar and punctuation accurate with the rest of the passage.

The following sentence uses quoted material from the above quotation.

Here, brackets are used to keep punctuation within the quote consistent with the rest of the sentence. In a scenario such as this one, in which quoted material remains unchanged, it is unnecessary to insert brackets after the original word. In other words, unlike case (1), in which correct formatting requires something in the form of “she [Jane]”, something like “H[h]e” would not be used. Instead, new punctuation replaces the original quotation as needed.

When brackets are used, the reader understands that the following information is a side note or outside comment. Brackets are not part of the original quotation, but are used by a third-party source (understood to be a narrator) to help clarify to the reader any inconsistencies or relevant information needed to better understand said quote. 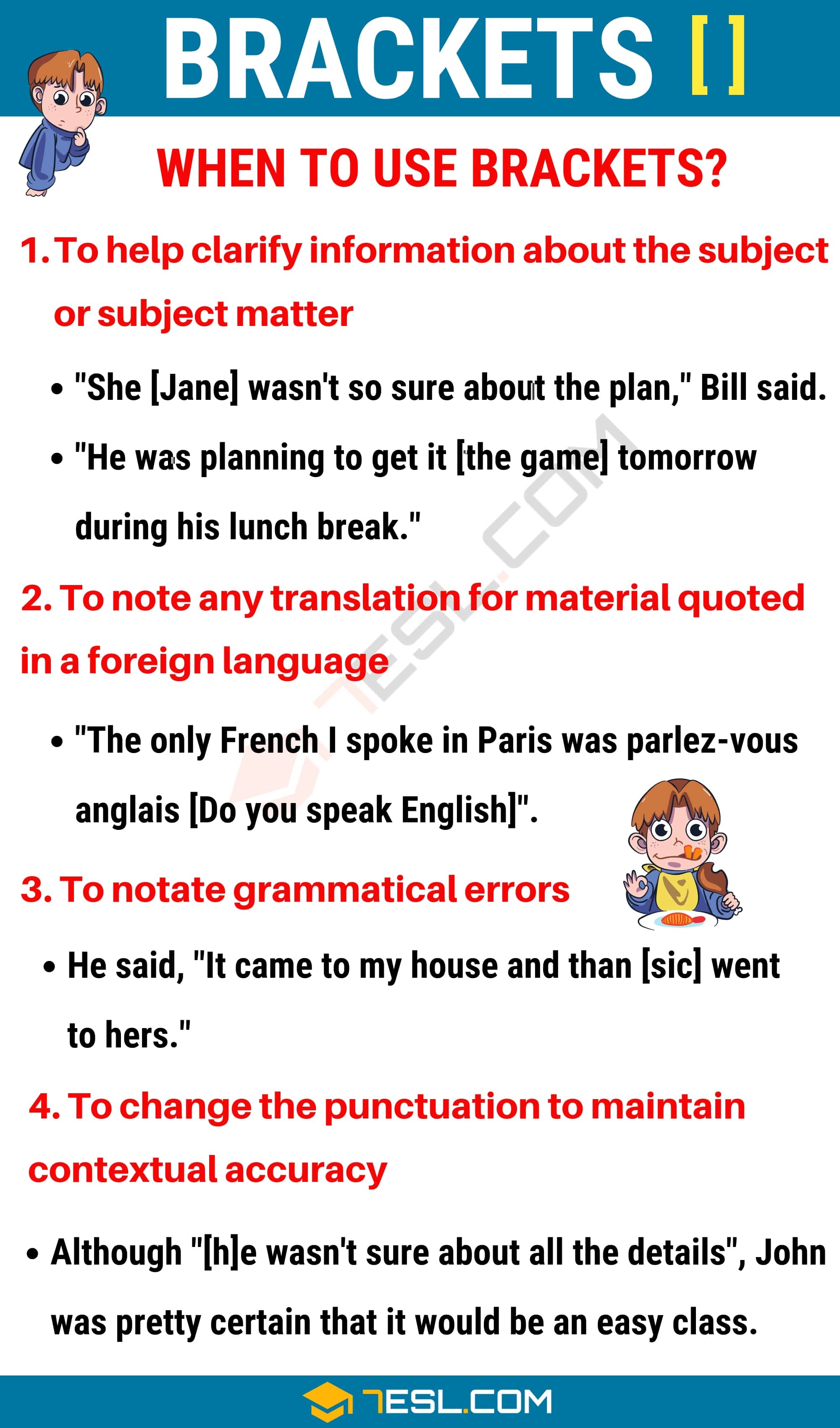