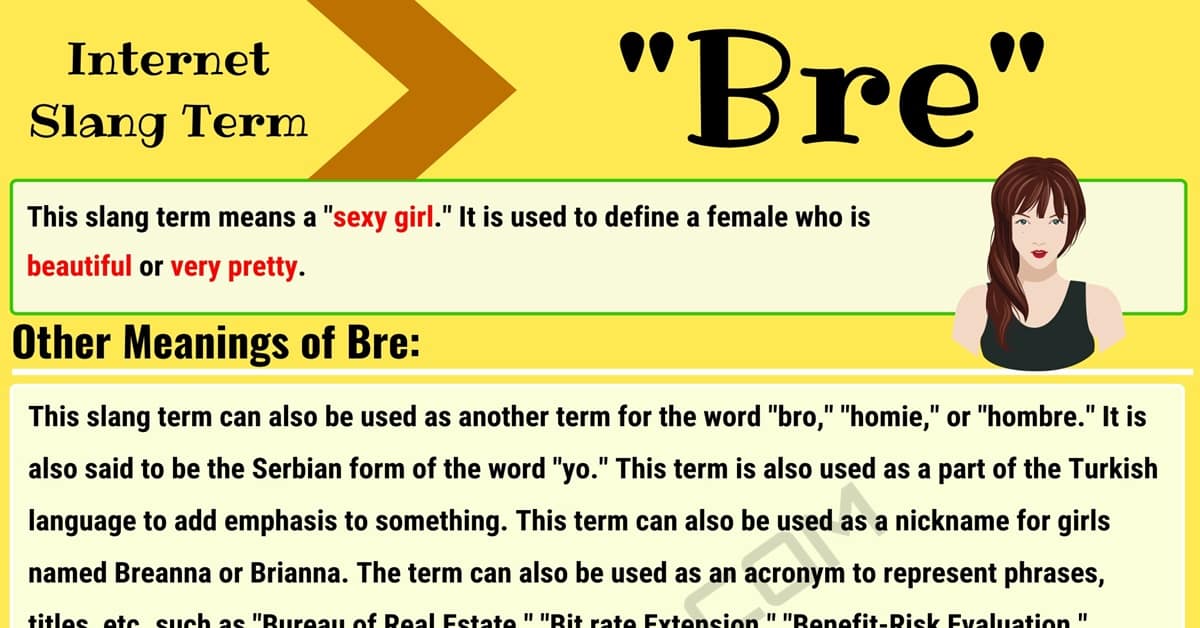 The slang term “bre” may sound like just a nickname for a girl. However, it has a deeper meaning than that. If you have heard or seen this phrase being used and came here wondering about its meaning, then you have come to the correct place.

What Does “Bre” Mean?

This slang term means a “sexy girl.” It is used to define a female who is beautiful or very pretty.

There is no specific origin information available concerning this slang term. However, it can be said that this term has been used in the context of the meaning stated above since at least 2005.

Other Meanings of “Bre” 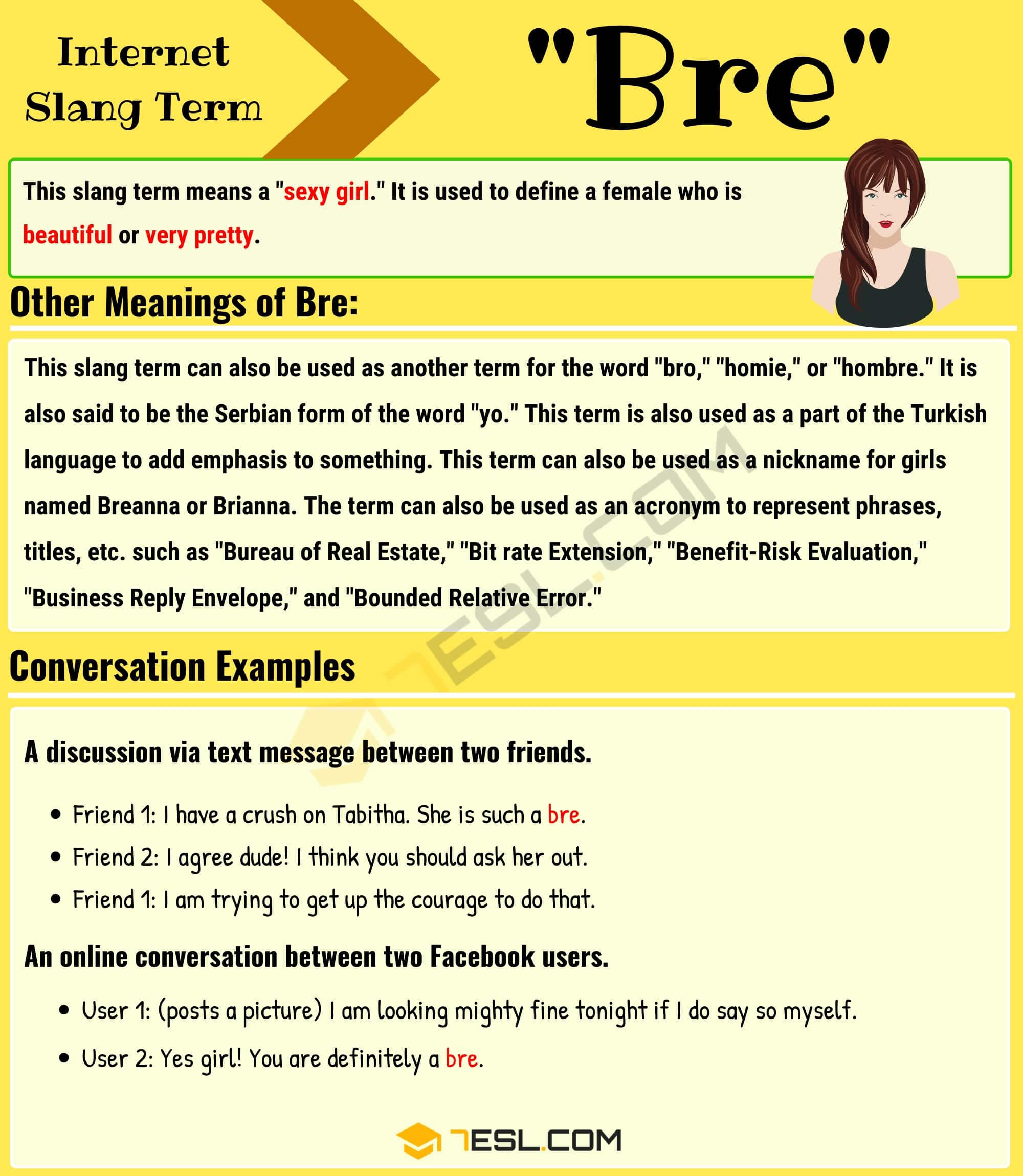