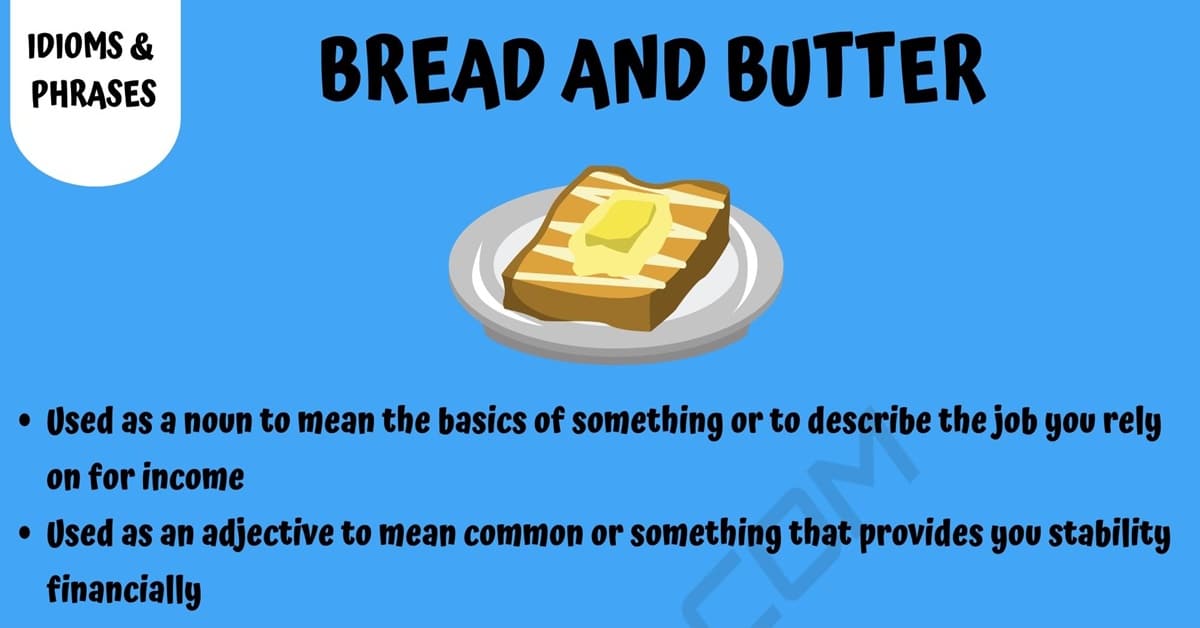 The idiomatic phrase “bread and butter” is a phrase you may hear or see frequently in everyday conversation and writing. Here you will find the meaning of this phrase and the information of its origin. You will also find examples of how to properly use the phrase in conversations/statements and find suggestions on other ways to say the phrase while still conveying the same meaning.

The idiomatic phrase “bread and butter” has four different meanings. The meaning being used must be determined by the context of the sentence it is used in. The phrase “bread and butter” can be used as a noun to mean the basics of something or to describe the job you rely on for income. The phrase can also be used as an adjective to mean common or something that provides you stability financially.

The phrase “bread and butter” was first used sometime during the 1700s. At this time, the phrase was simply used to describe the essentials of something. It was not until sometime in the 1800s that the additional meanings were adopted and implied with the phrase. Additionally, the term “bread and butter” is sometimes said by people as they walk together. When an object comes between them and they are forced to separate before rejoining one another, the couple says “bread and butter” as an act of superstition in an attempt to circumvent any issues that may come between them in the future.

A statement made to an entertainment magazine by a popular musical artist.

A statement made in a recent interview for a local newspaper story.

A conversation between two friends walking through the park.

Other Ways to Say “Bread And Butter” 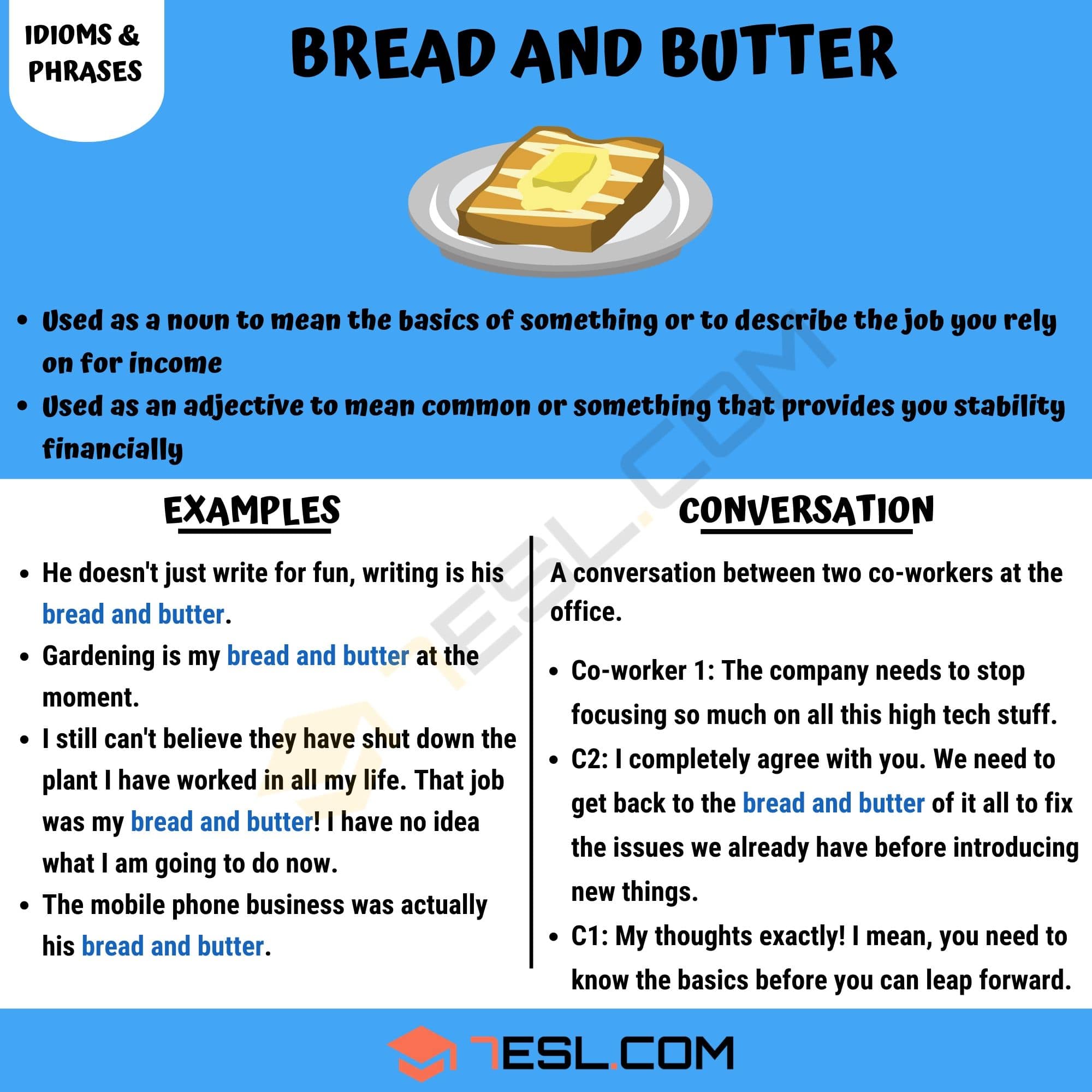