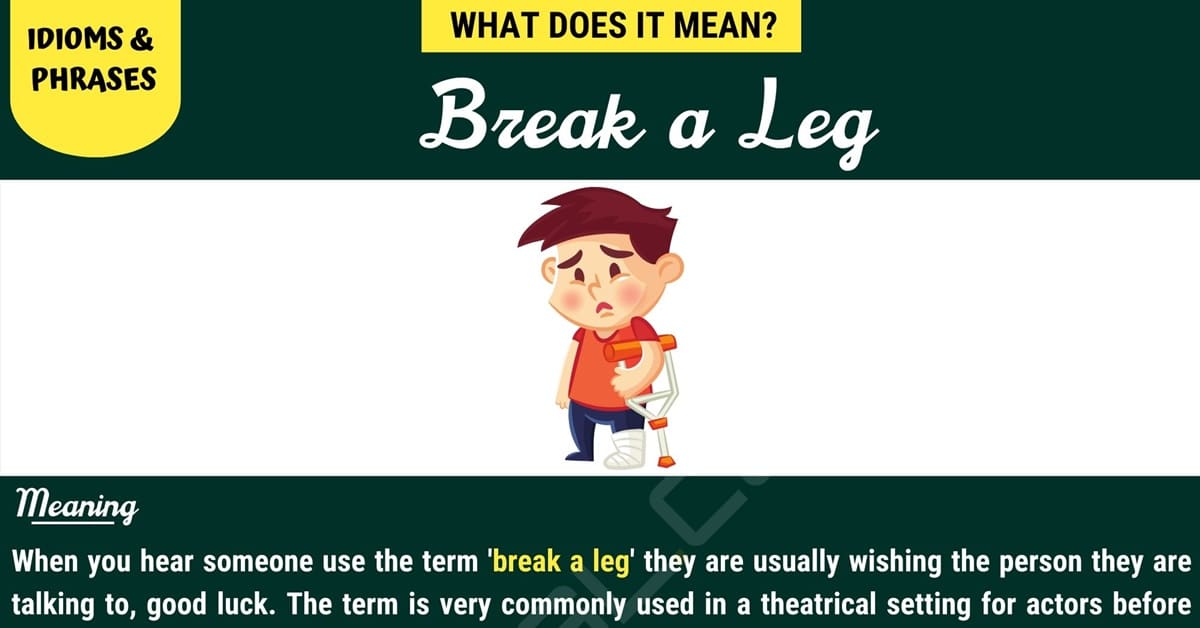 The term ‘break a leg’ is a commonly used one and may be something you have heard many times in the past. But what exactly is the meaning behind the phrase? Are we actually telling someone to hurt themselves when we use it or is it more metaphorical? What are the origins behind this saying? Let’s take a look at the information surrounding this term and where it came from.

When you hear someone use the term ‘break a leg’ they are usually wishing the person they are talking to, good luck. The term is very commonly used in a theatrical setting for actors before they go on stage but it is now used more and more commonly in other settings.

The idiomatic phrase ‘break a leg’ first came about because actors were superstitious when it came to wishing one another good luck before a performance. Due to this superstition, they came up with an alternative saying to mean the same thing without actually having to say the words good luck. It is said that the term was first used in the late 1800s when an actor jumped on stage and actually broke his leg in the process.

As we have already mentioned, the term is extremely popular in the performing arts sector and this is where it is most commonly used. However, many people use the term in other situations where good luck needs to be wished. For example, you might use it before someone goes for an important business meeting in which they need to impress the boss.

Here are some examples of how this term might be used in day to day conversations.

There are, of course, many ways to wish someone good luck other than using the phrase ‘break a leg.’ Some of these ways might include the following examples. 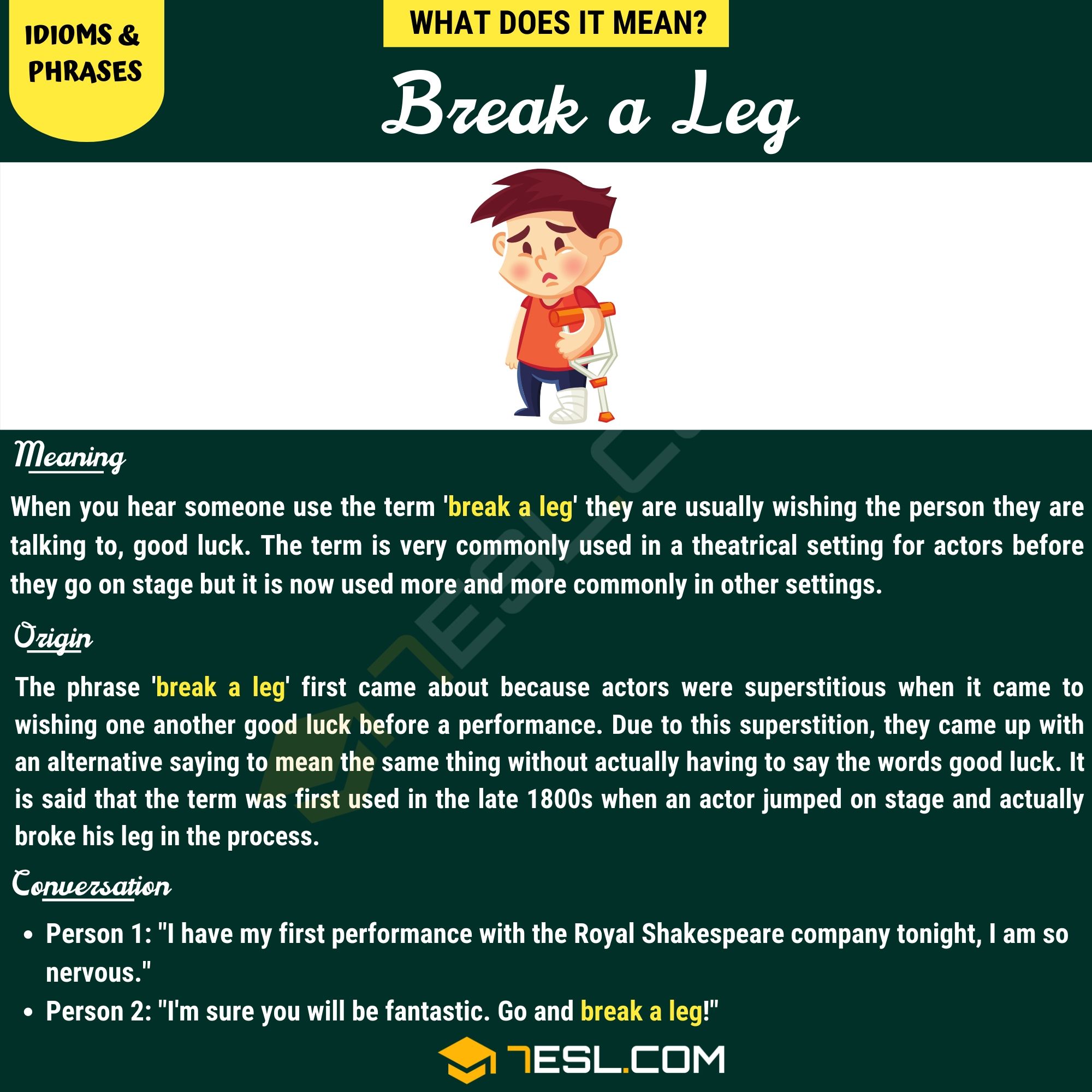