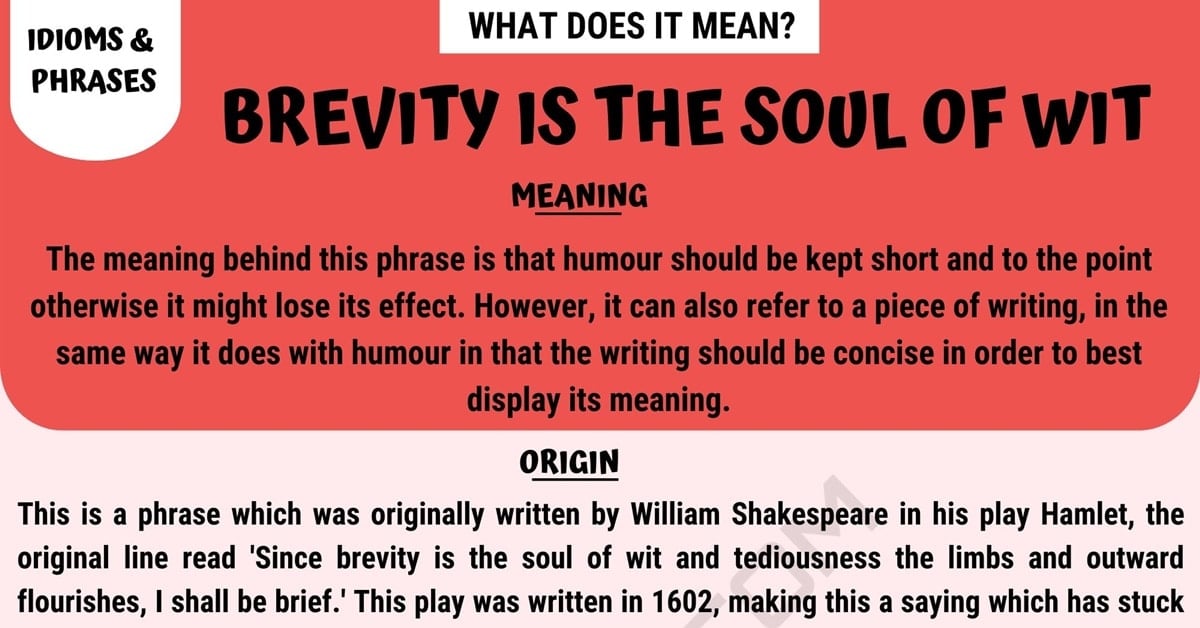 What does ‘Brevity Is the Soul of Wit’ mean? This common phrase can be heard regularly in the English language, whether that is in conversation or in written text. But what does this saying mean and where did it come from? We are going to have a look a little deeper into this term and how it can be used.

Brevity Is the Soul of Wit

Brevity Is the Soul of Wit Meaning

The meaning behind this phrase is that humour should be kept short and to the point otherwise it might lose its effect. However, it can also refer to a piece of writing, in the same way it does with humour in that the writing should be concise in order to best display its meaning.

This is a phrase which was originally written by William Shakespeare in his play Hamlet, the original line read ‘Since brevity is the soul of wit and tediousness the limbs and outward flourishes, I shall be brief.’ This play was written in 1602, making this a saying which has stuck through time.

“Brevity Is the Soul of Wit” Examples

You could use this phrase when a person with whom you are talking goes above and beyond the point that they are trying to make. If that person is attempting to over explain, you might use this term. You could also use it if a person is carrying a joke on for too lengthy a period of time.

You may well hear this phrase in a variety of conversations, here are some examples of when the saying might be used.

There is more than one way to express the meaning of the idiomatic phrase ‘brevity is the soul of wit.’ Here are some examples of this.

Brevity Is the Soul of Wit | Image 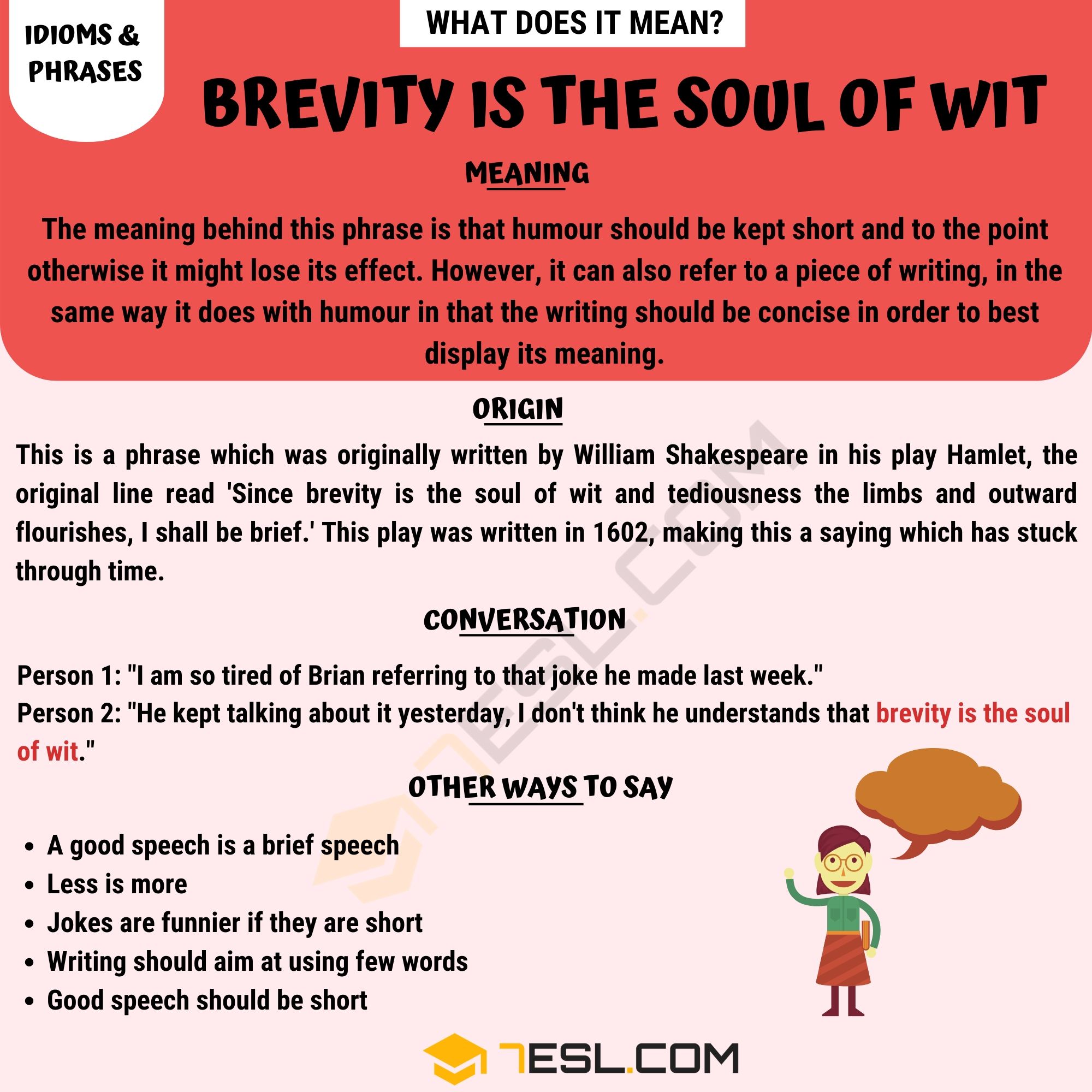