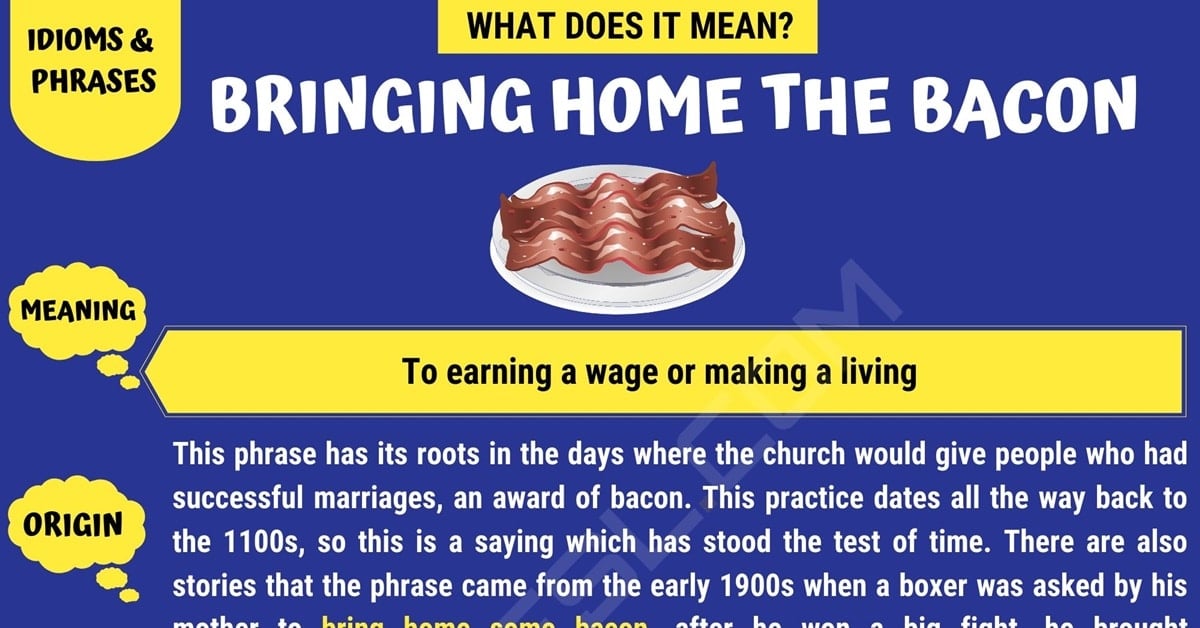 A term which you might hear regularly in spoken or written English is ‘bring home the bacon.’ It is a phrase which is commonly used but are we aware of where it came from? Let’s take a look into the history of this phrase and how it can be used.

The idiom ‘bringing home the bacon’ refers to earning a wage or making a living.

This phrase has its roots in the days where the church would give people who had successful marriages, an award of bacon. This practice dates all the way back to the 1100s, so this is a saying which has stood the test of time. There are also stories that the phrase came from the early 1900s when a boxer was asked by his mother to bring home some bacon, after he won a big fight, he brought home not only the bacon ‘but the gravy as well.’

You could use this phrase when referring to going out to work in order to provide for your family.

The phrase is also quite commonly used when describing the main wage earner of a household.

There are many situations in which you might hear the term ‘bringing home the bacon.’ Some of those conversations might sound a little like the following examples.

There are many other ways in which you could express the meaning of the idiomatic term ‘bringing home the bacon.’ Some of these might include the following.

What Does “Bring Home the Bacon” Mean | Picture 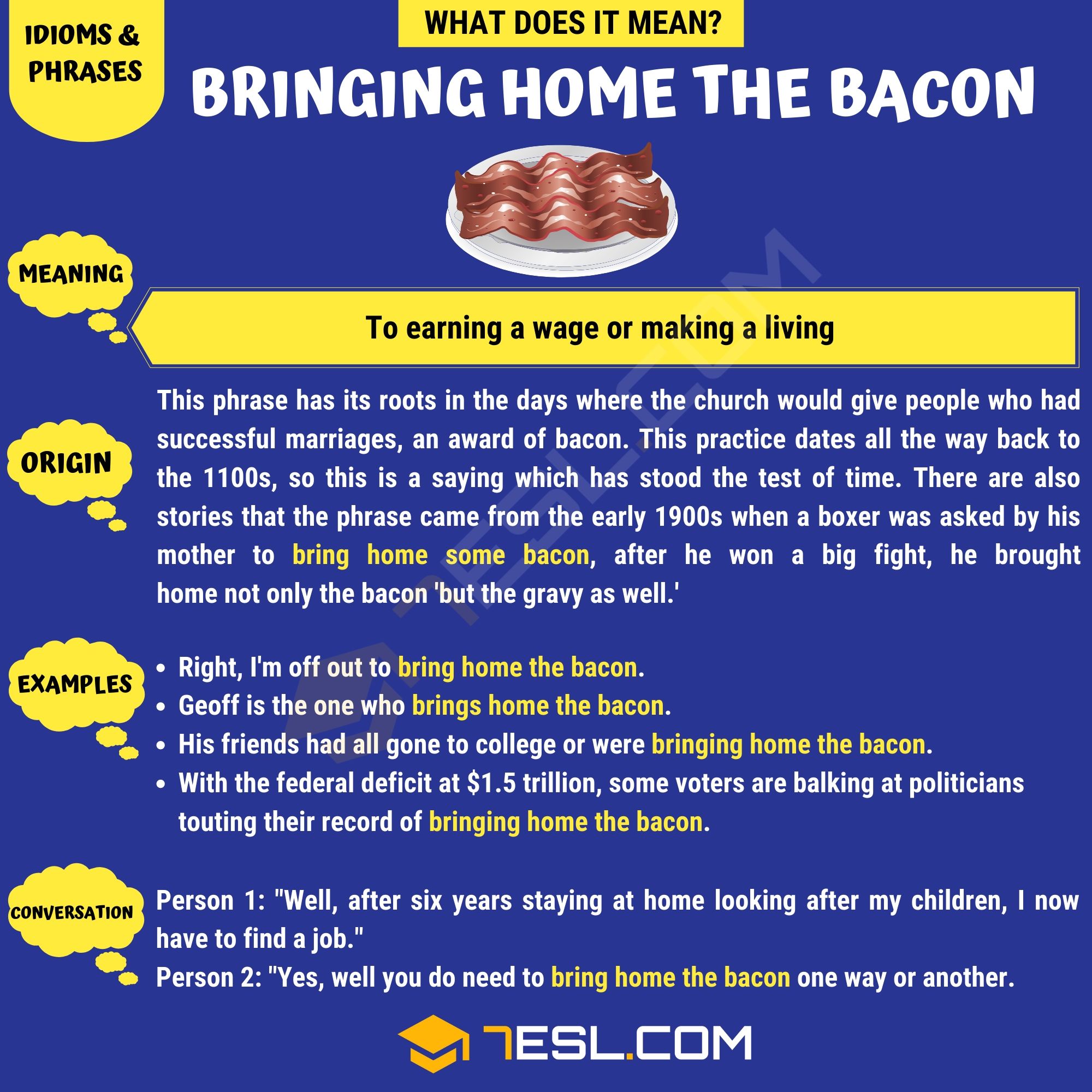