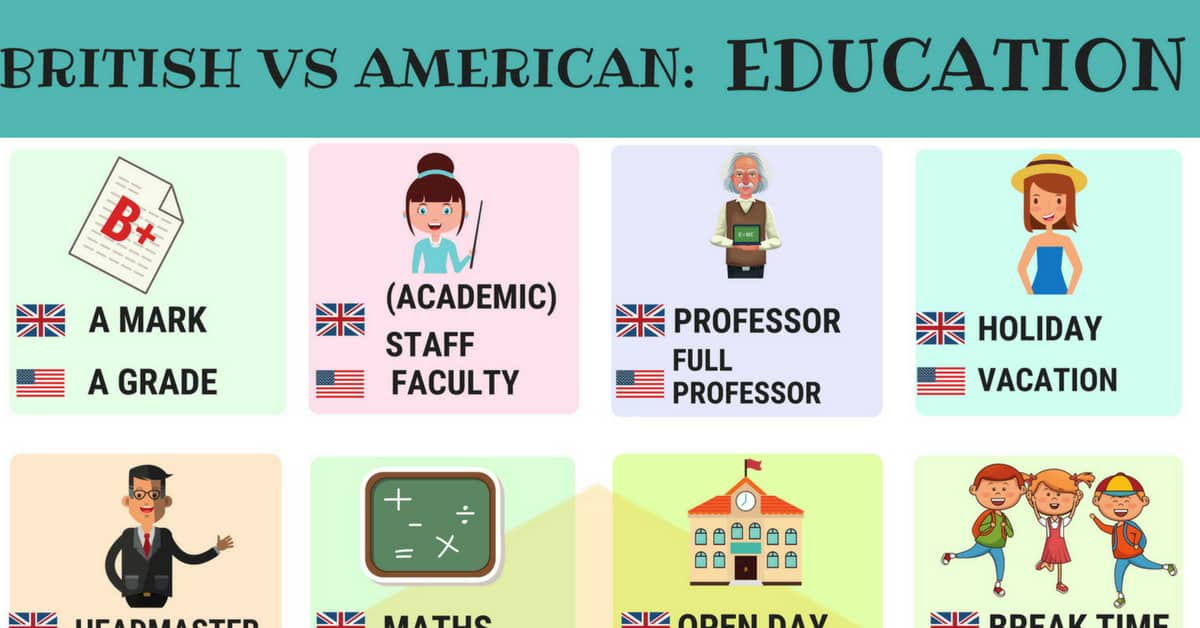 Learn the differences between British vs. American vocabulary words for education in English.

The apparent difference between the British and American education systems is the time frame of college attendance. UK students only attend three years in universities for a bachelor’s degree, while US universities require four years of attendance. The education system of the UK is much more focused, specialized, and have stricter rules on uniform. In the United States, however, most schools do not have a uniform. According to experts, the consistent wearing of uniforms creates discipline and promotes unity.

When it comes to tuition fees, higher education in the UK is remarkably less expensive, but of course, England and Wales are an exception. The grading system is another difference between these two educational systems. In the United Kingdom, assessments are shown on the scale of grading from A to G, while the grading point average is the system used in the United States. Grading Point Average or GPA is a more straightforward grading system, and UK institutions are now working to establish it in the UK.

British vs. American Vocabulary for Education 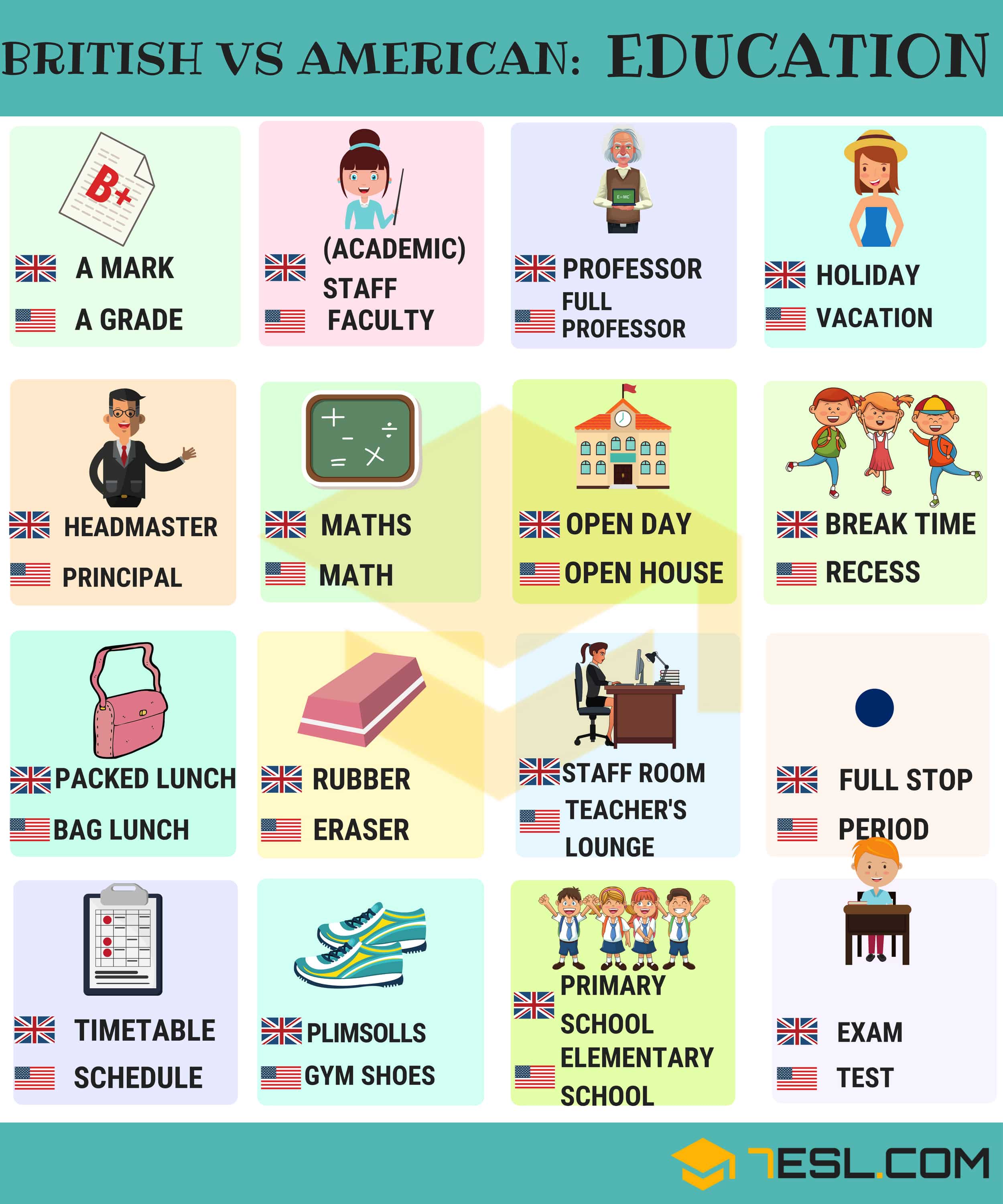