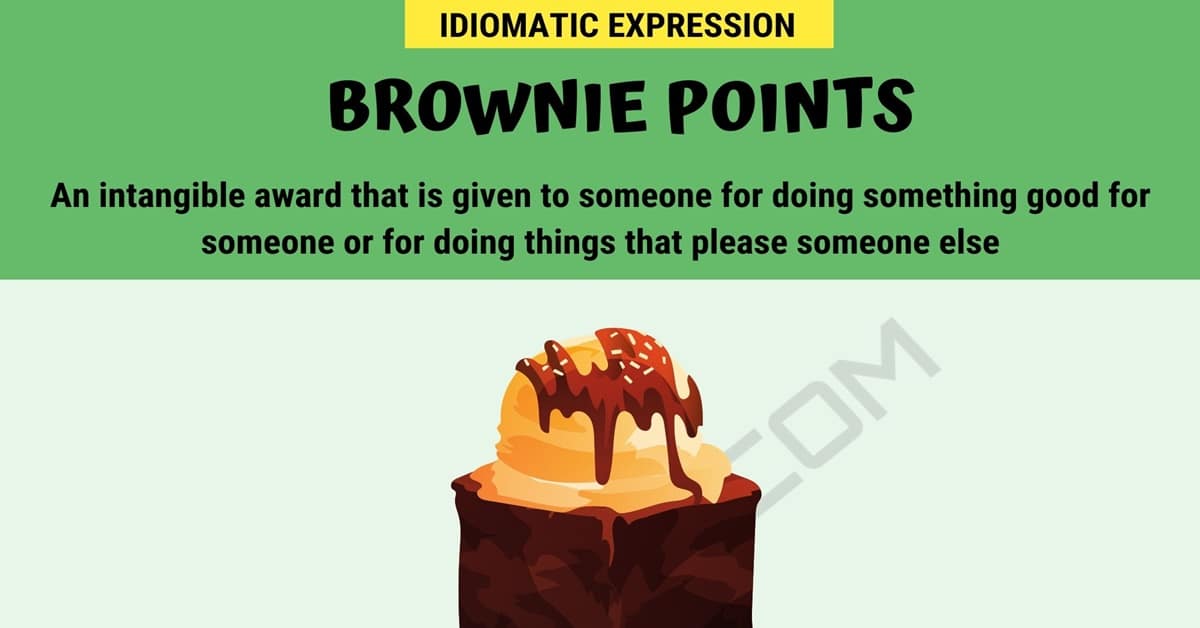 The interesting idiom “brownie points” is used frequently in everyday conversation. If you were thinking these meant some kind of actual points that were recorded on a chart somewhere you don’t know about, then you would be incorrect. Stick around and read on to find out the real meaning of the phrase and the story of its origin. Further reading will lead you to some example sentences and conversations where this phrase is used in the correct context in the hopes that it will help you to better understand the phrase. Finally, when you arrive at the end, you will discover some synonymous words or phrases that you can use in place of this term to convey the same message.

This idiomatic phrase means an intangible award that is given to someone for doing something good for someone or for doing things that please someone else.

No one is exactly sure where this term came from, however, there are multiple theories.

Some believe that it came from a mythological type of fairy known as a brownie. These brownies were said to do good and helpful things for people. Their actions combined with their name is thought to be one possible origin.

Some believe it was taken from the Brownies, which is a group like the Girl Scouts for younger females in the 7-10 year age range. This group of girls is assigned to do good deeds while expecting little gratitude in return other than earning badges, aka points.

Another theory suggests that the phrase originated around the same time as “brown noser” which was used to denote someone who was a kiss-up and always doing good things to fall in someone’s good graces.

Lastly, another theory suggests that the term came from vouchers that were issued during wartime to people to ration food. The vouchers were color-coded. The red or brown vouchers for meat would be the most sought after so people would do all they could to earn these vouchers. Whether it is one or all of these combined, no one is certain.

What does “Brownie Points” Mean? | Picture 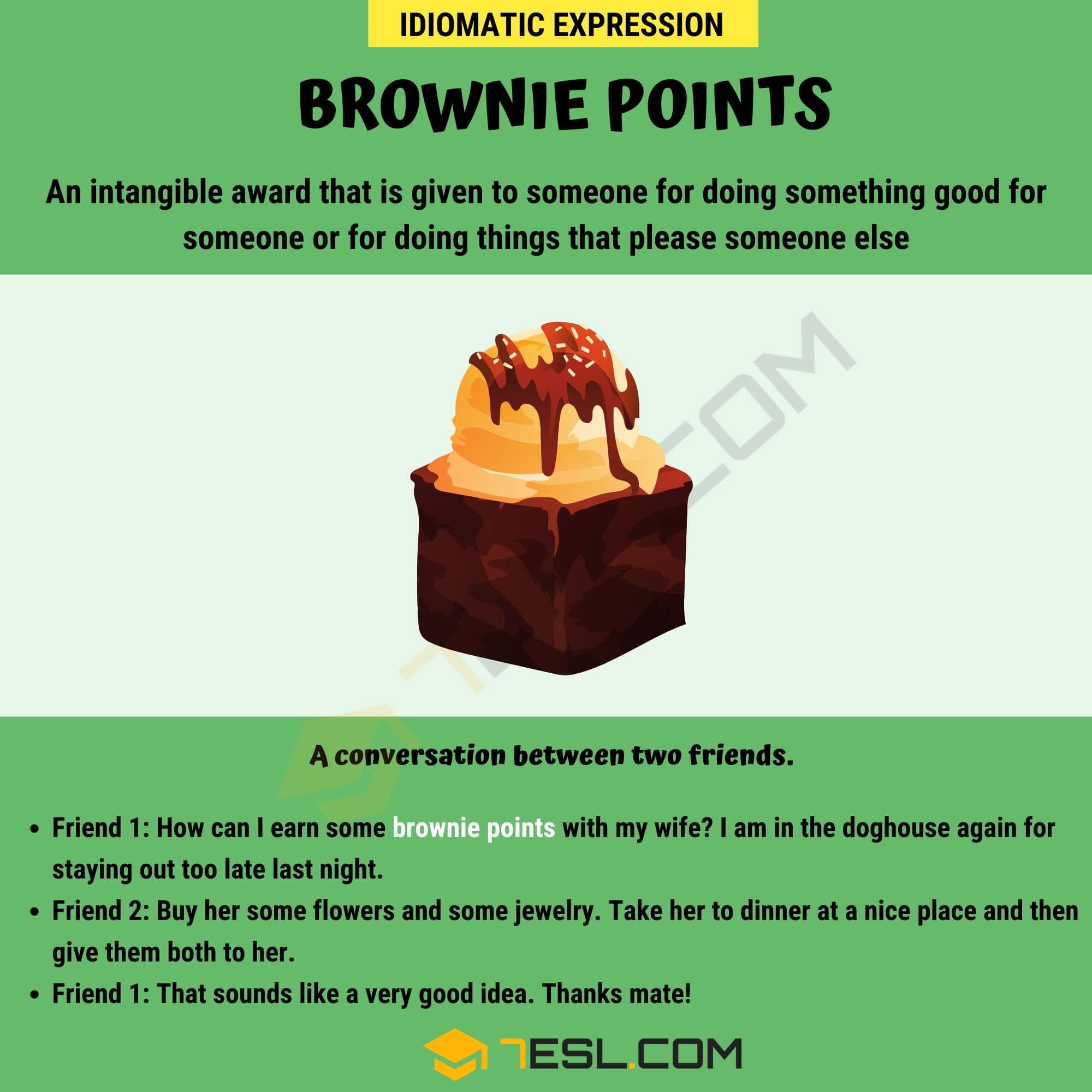