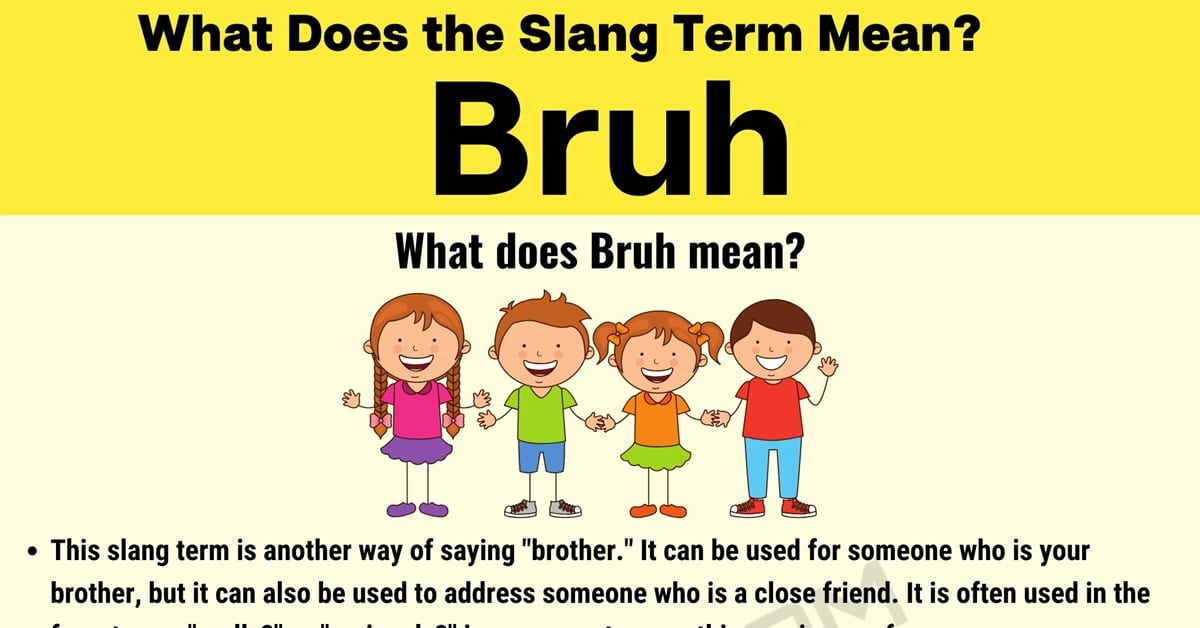 The slang term “bruh” is a relatively new term that you can find being used widely on the internet, in text messages, and everyday conversation. If you have heard this word and were wondering what it meant, then you have come to the right place. Here you will find the meaning of this term, information about its origin if available, and some alternative meanings if there are any.

You will also see some example conversations that you can read to see how the term is used properly in context and to help you better understand its definition. Finally, you will see some synonymous words or phrases that you can use in place of this particular term to mean the same thing in conversation.

What Does “Bruh” Mean?

This slang term is another way of saying “brother.” It can be used for someone who is your brother, but it can also be used to address someone who is a close friend. It is often used in the form to say “really?” or “seriously?” in response to something serious or funny.

This term originated in the early 20th century from the English word “brother.” It is thought that it came from the African American pronunciation of the word. 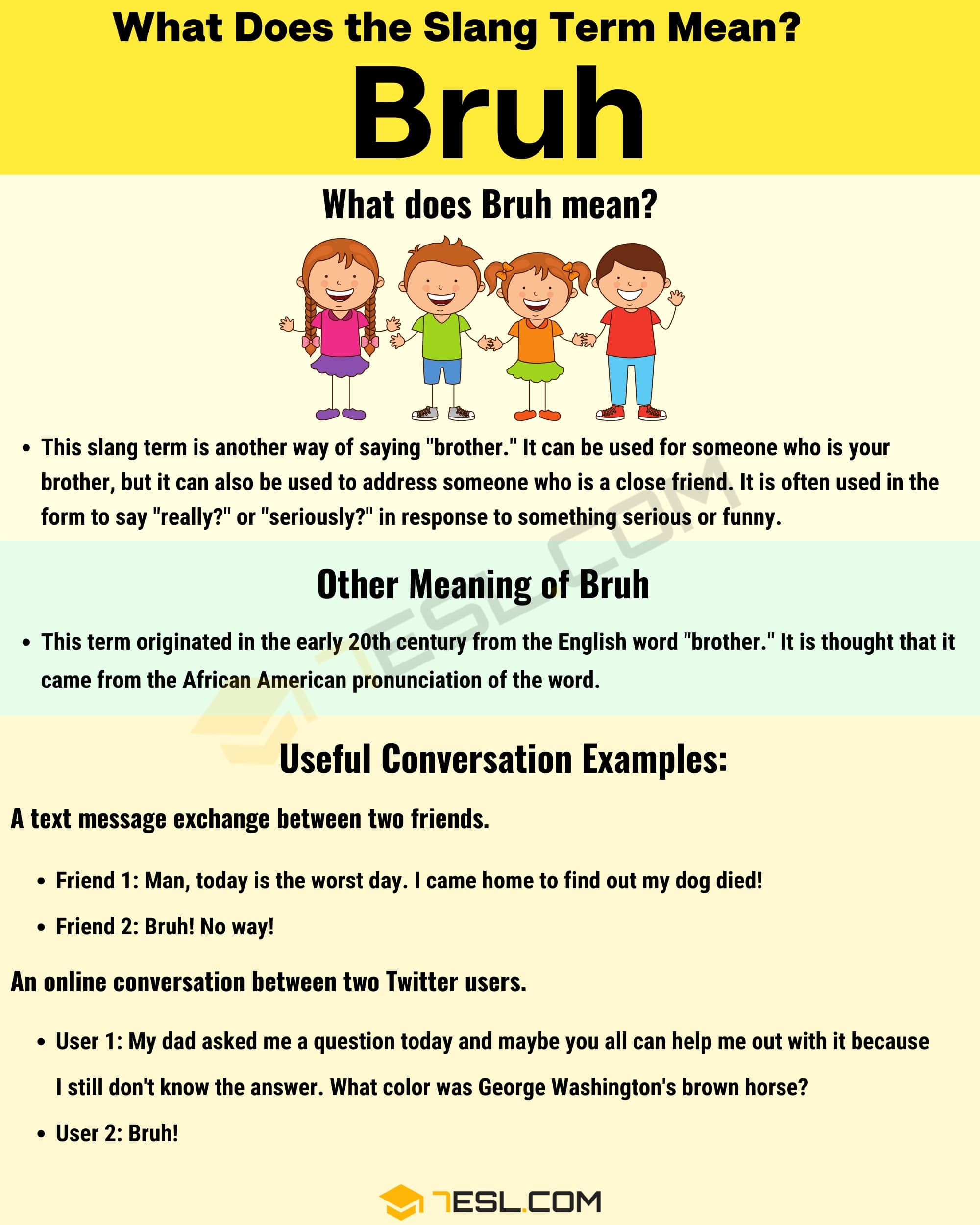 Bruh is when u disconnect from among u

Bruh is when someone kills you in fortnite