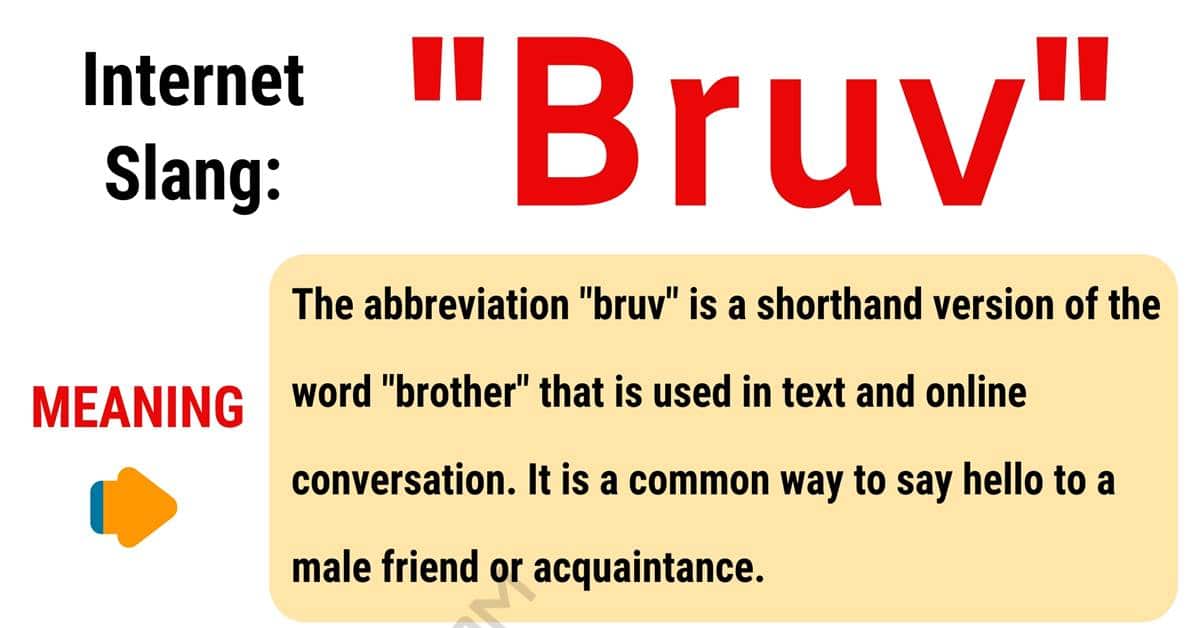 The word “bruv” is a form of internet slang and an abbreviation of a better-known word that is used popularly in all types of informal conversation. If you ever wanted to know what this word means or if there are any possible other meanings, you have come to the right place.

Here you find the answer to those questions and find out a bit about the term’s origin and have a chance to look at some example conversations to see how the word is used properly in conversations. There will also be some suggestions at the bottom of this article to help you know how the term is said in other words that are not slang to convey the same meaning.

What Does Bruv Mean?

The abbreviation “bruv” is a shorthand version of the word “brother” that is used in text and online conversation. It is a common way to say hello to a male friend or acquaintance.

Although there is no specific information offered as to when this abbreviation was first used, the location of its origin can be pinpointed. In the U.K., it is common for the English to pronounce the “th” in the word “brother” with a “v” or an “f” sound. Evidence of this can also be seen in the abbreviation of the word “with” to “wiv” in popular music. This phrase is popularly used in the U.K. and it spread to other locations from there. Although considered informal, the word has made it into some pieces of formal writing such as newspapers in the U.K.

There is currently no other meanings available regard the slang abbreviation “bruv.”

A text conversation between two friends after school.

There are many ways you could choose to say the slang term “bruv” differently to convey the same meaning. Some of these alternatives include: 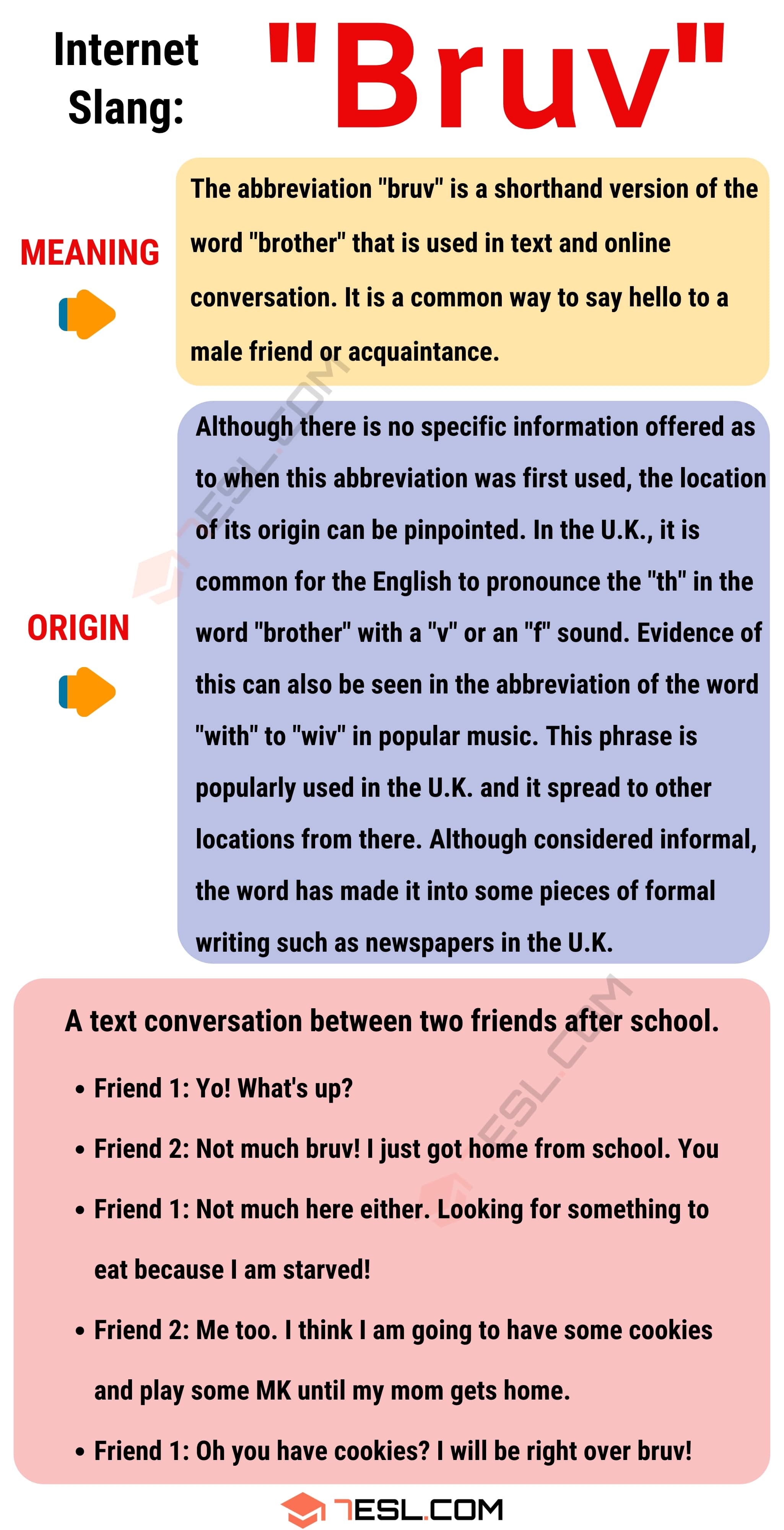