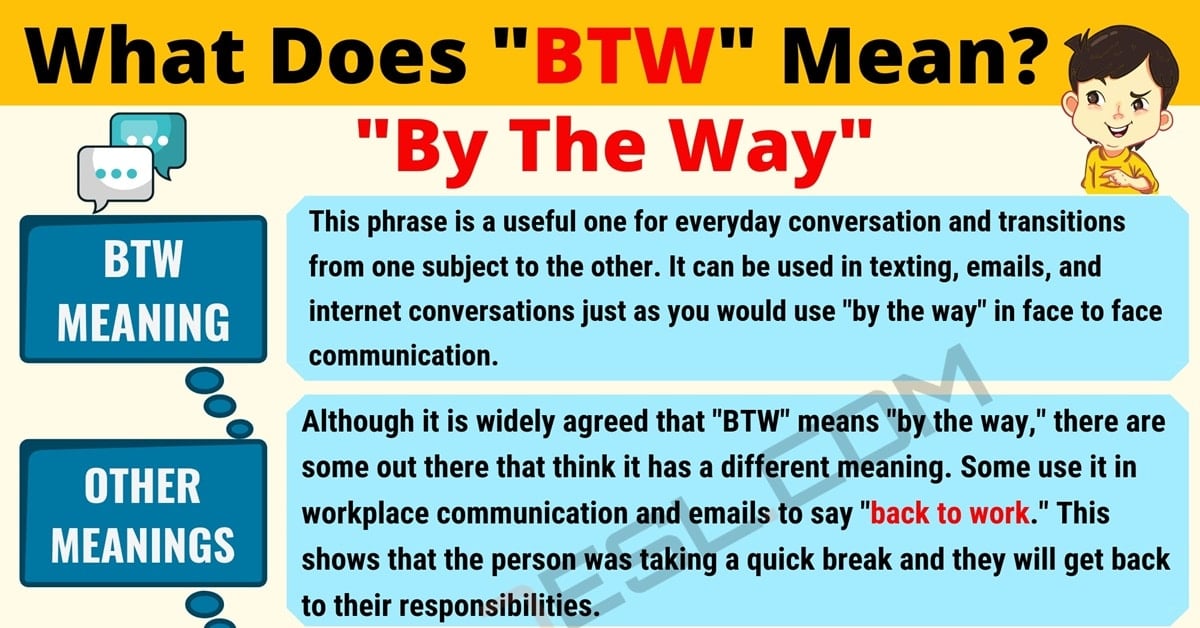 What does BTW mean? Learn the definition, usage and similar terms for this text abbreviation in English with interesting conversation examples and ESL infographic.

What Does BTW Mean?

This phrase is a useful one for everyday conversation and transitions from one subject to the other. It can be used in texting, emails, and internet conversations just as you would use “by the way” in face to face communication.

There aren’t other acronyms to use for “BTW,” but people could say “funny enough,” “while on the subject,” or “speaking of …” The exact word the speaker should use would change depending on the situation.

Because this phrase is so general, it can be used by almost anybody in almost any type of conversation. It is used when someone wants to change the topic of conversation or bring in some type of new information. Since it is texting slang, it is more likely to be used by younger people rather than older people.

Example 1 shows a texting conversation between two female friends. Friend 1 let Friend 2 borrow a dress. She needs it back to go to a formal occasion. While they were deciding on a time for Friend 1 to get the dress, Friend 1 also invites Friend 2 to go grab a cup of coffee. She uses “BTW” to create a smooth transition from asking for the dress to setting up a time to meet and have a conversation.

In this last example, we can see a conversation between two co-workers over the internet. They have a casual conversation about how their work is going on a Friday afternoon. Co-worker 2 has been bogged down with a lot of last-minute projects that have a fast-approaching deadline. Co-worker 1 uses “BTW” to change the subject and state upfront that he does not plan on staying over the weekend to help out.

Although it is widely agreed that “BTW” means “by the way,” there are some out there that think it has a different meaning. Some use it in workplace communication and emails to say “back to work.” This shows that the person was taking a quick break and they will get back to their responsibilities. 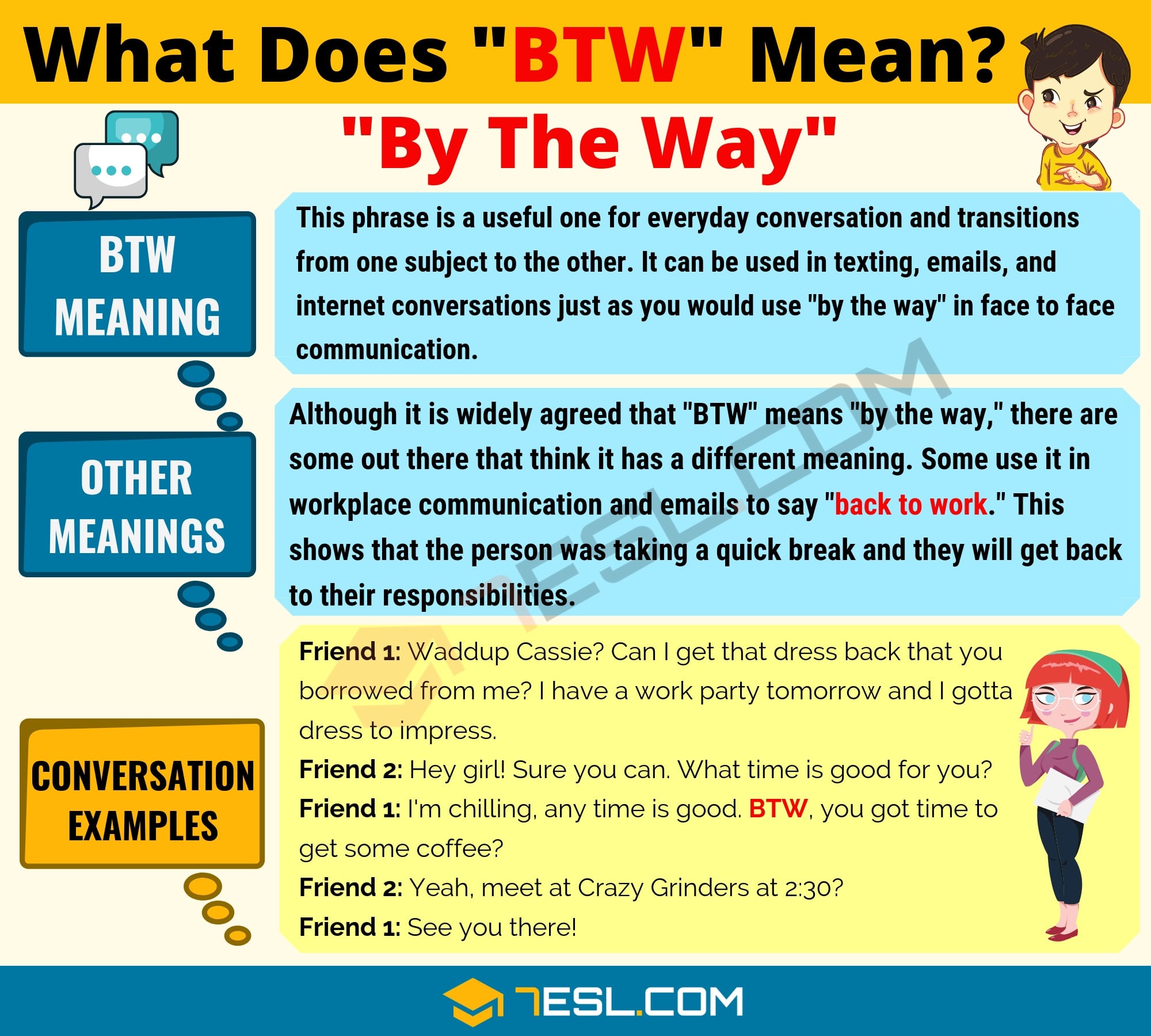