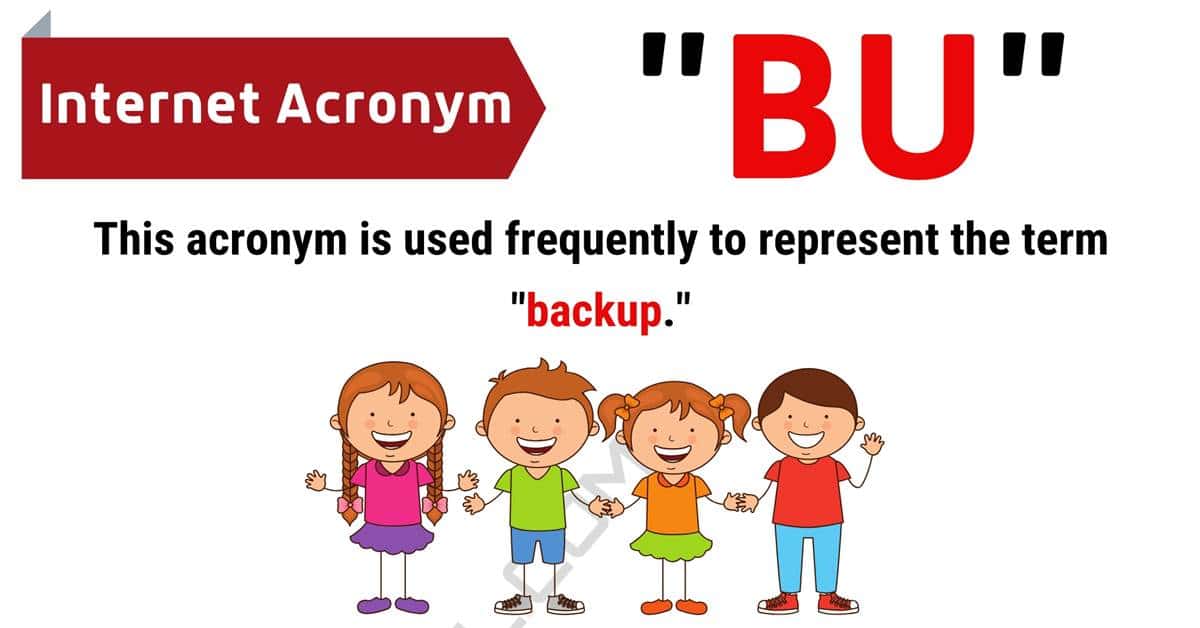 When most people hear or see the acronym “BU” being used, they tend to think of popular universities. However, in most cases it stands for something else. In this piece, you will discover the most common meaning of this term, gain some knowledge about its origin, and find some other meanings. You will also discover some conversation examples that highlight the proper usage of this term. Lastly, you will see some synonyms that you can use to take the place of this term in conversations.

What Does “BU” Mean?

This acronym is used frequently to represent the term “backup.” This term is used to describe something or someone that you have waiting to be used if the first doesn’t work.

The phrase “backup” was first used in the year 1953 in the sense of meaning a standby or substitute. It originated in the United States.

The phrase represented by this acronym also has two other meanings as a standalone term. It can be used in the computer industry to mean a disc or some other form of media that is used to save computer information in case something happens to attack the integrity of the information contained on the computer system. With a hyphen, the term “backup” can mean to move in a backward direction. As an acronym or abbreviation, the term can be used to denote the names of many universities and represent some other phrases/words like “bulletin,” “bureau,” “bushel,” “break up,” and “belly up.”

There are synonyms that you can use to replace the use of this acronym and the phrase that it represents. Some other words you could use include: 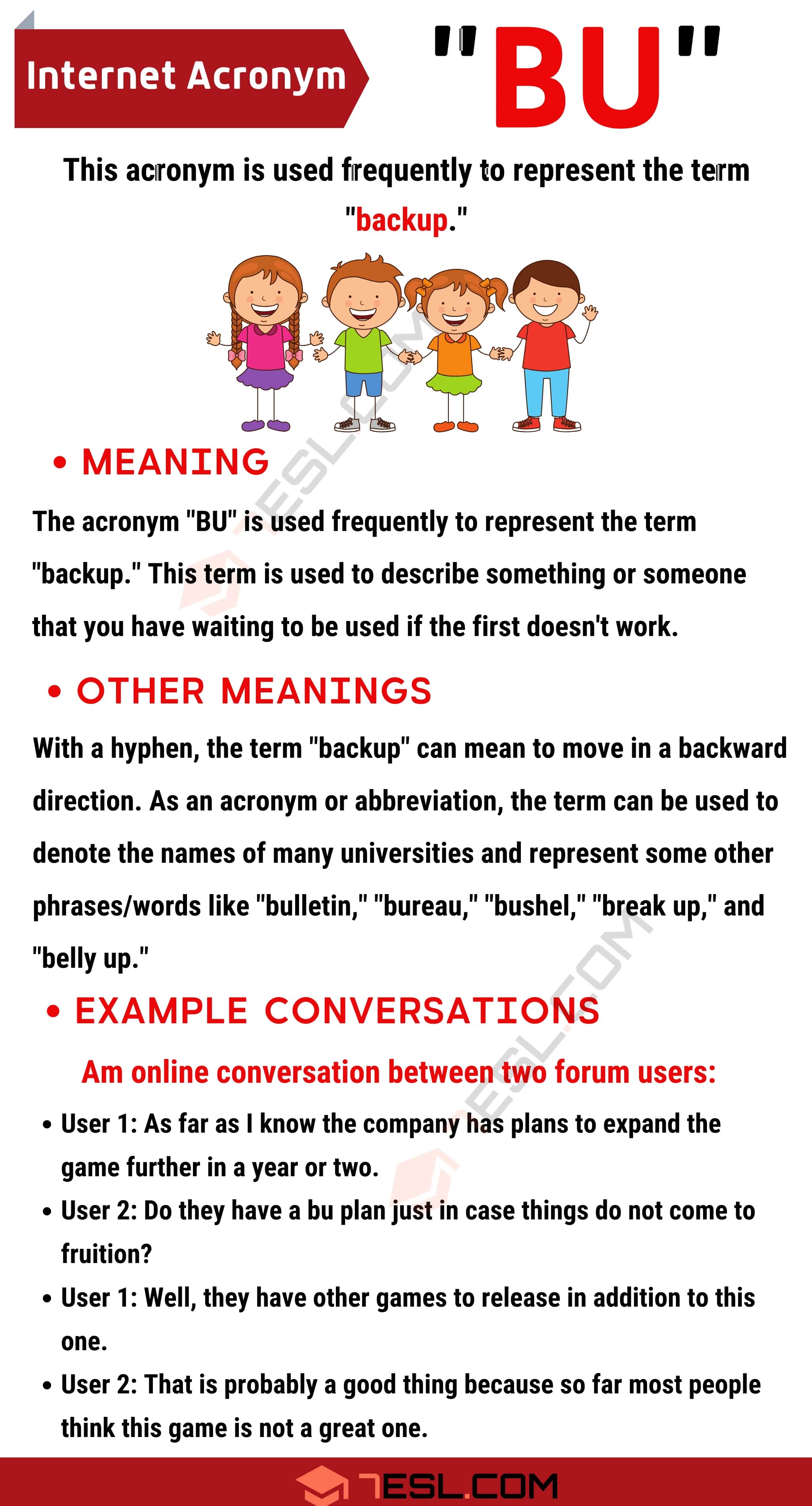