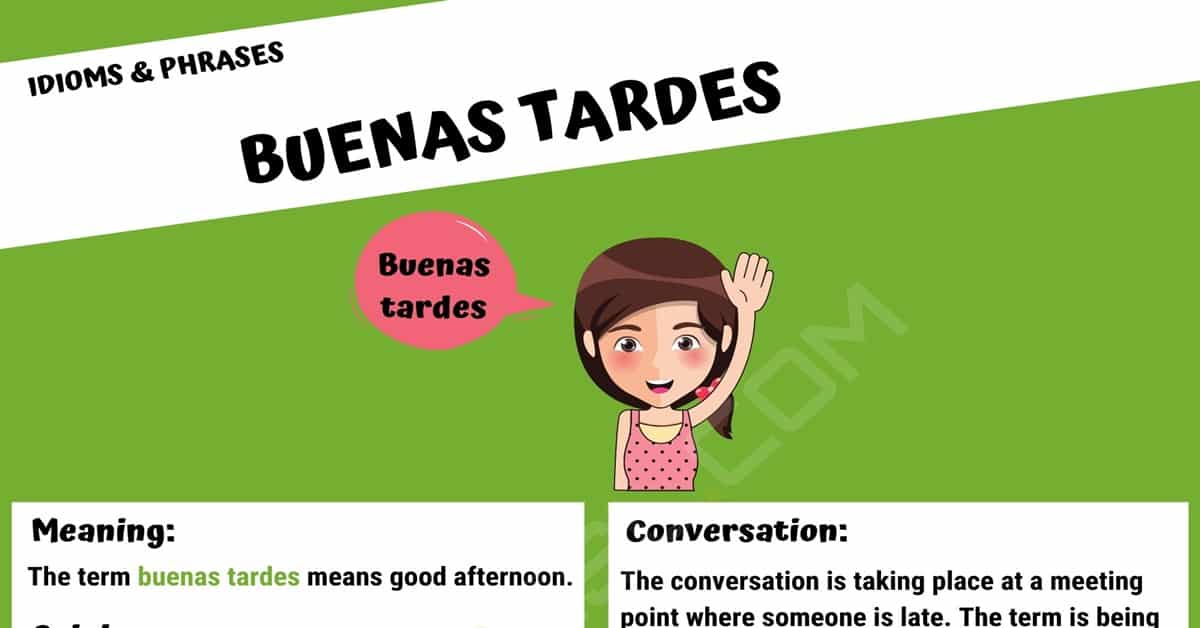 You might have heard the phrase Buenas tardes being used during an English conversation and considered the meaning behind this term. In this article, we are going to take a look at the meaning of the phrase as well as finding out where it first came from. We are also going to take a look at some examples of the saying being used so that we can gain a better understanding of how it works.

Origin of the useful phrase

The phrase “buenas tardes” originally comes from Spanish, in which it means the same thing. There are a lot of phrases in the English language that have been ‘borrowed’ from another language and this is one of them.

We are now going to look at some examples of how the term can be used within a sentence.

The first example is someone meeting a friend for lunch.

The second statement is being made by someone who has just entered the workplace.

There are a variety of conversations in which you might hear the term Buenas tardes being used. We are now going to take a look at some of the things you are likely to hear.

The first conversation is taking place between two friends chatting in the street.

The next conversation is taking place at a meeting point where someone is late. The term is being used in a sarcastic tone for this example.

There are ample ways in which you might express the meaning of the term Buenas tardes.

Let’s take a look at some of the things you might say instead.

Learn more with the video of useful greetings for English learners.

When to Use “Buenas Tardes” | Picture 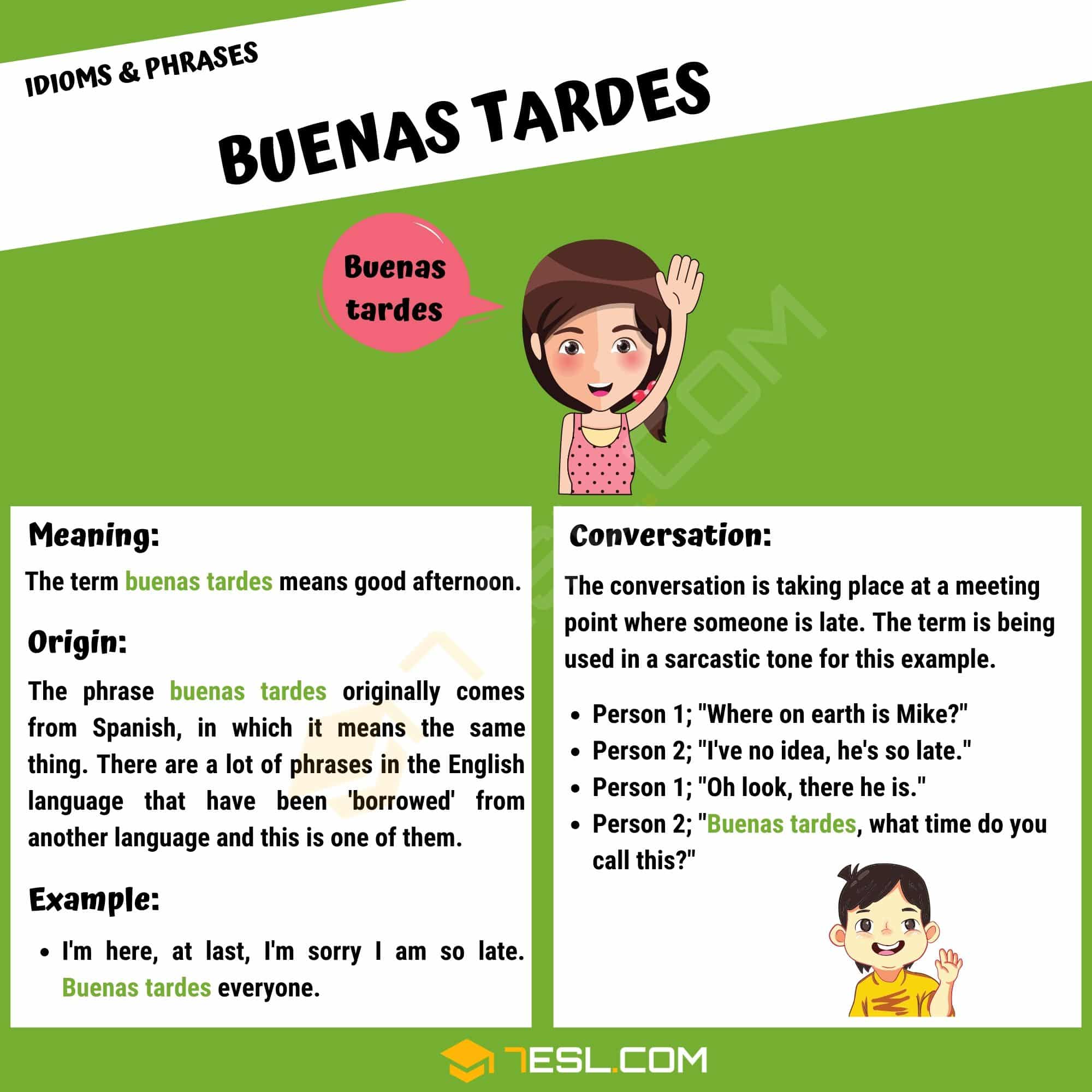