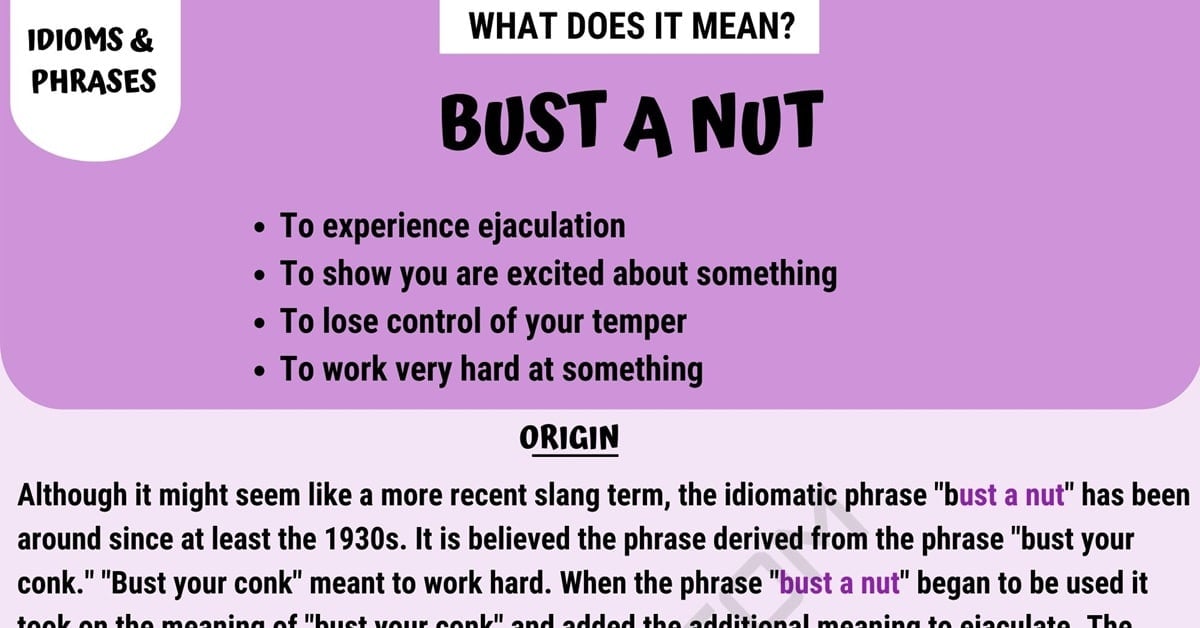 “Bust a nut” is an idiomatic phrase that you may hear or see mentioned frequently in many forms of informal conversation. If you are wondering anything about this phrase. then you have landed in the right place. Here you will find the meaning of this colorful phrase and the information about its origin if there is information to be found. You will also see this phrase used in example sentences and conversations to help you understand better how to correctly use the phrase. The last thing you will find here are some alternative suggestions that you can use in place of this phrase to still convey the same meaning.

A conversation between a girlfriend and boyfriend.

Alternatives to “Bust A Nut”

Since there are many definitions of the idiom “bust a nut,” it goes without saying that there are plenty of alternative ways to replace this phrase and keep the meaning. Some of the alternative phrases or words you can use include: 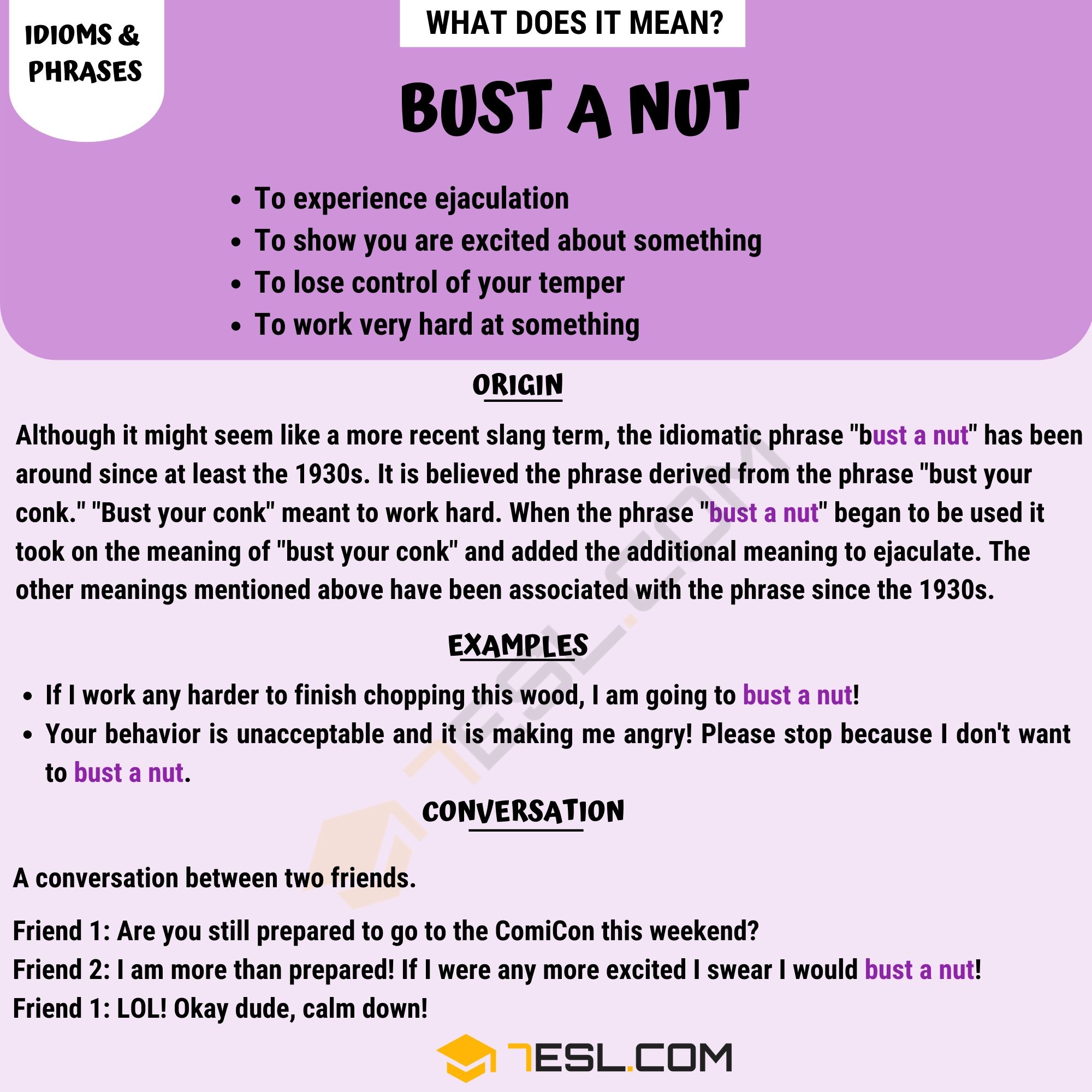