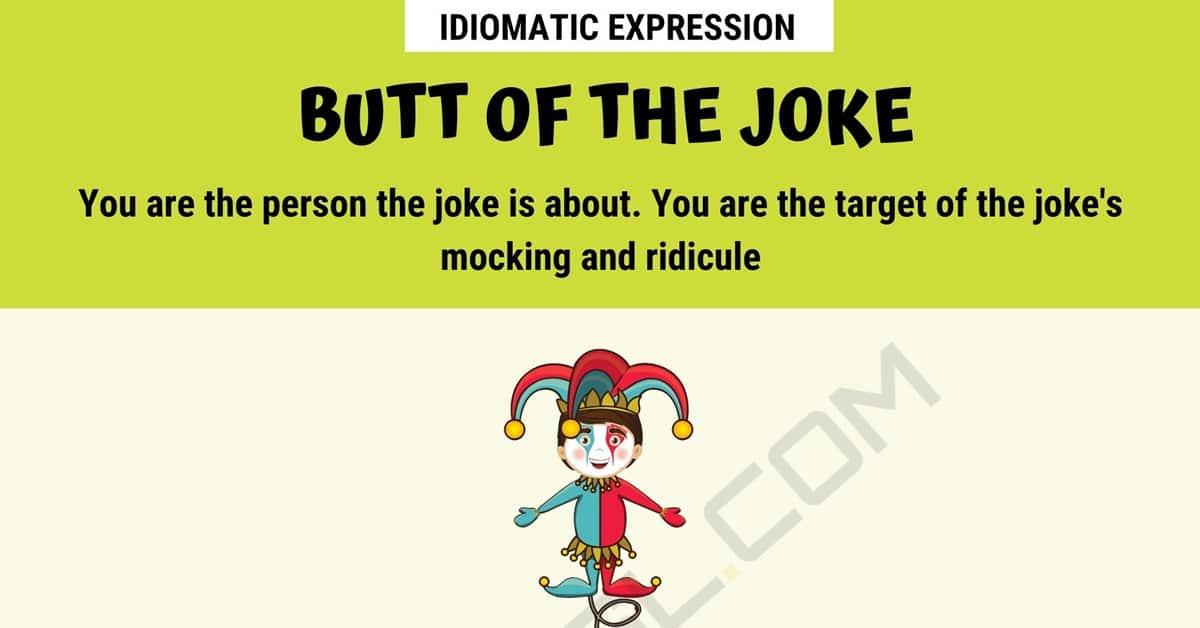 The idiomatic phrase “butt of the joke” is one that you may hear or see frequently during everyday conversation and in writing. Here you will find the meaning of this phrase and the information regarding its origin. You will also find some examples of how to use the phrase properly in conversations/statements and discover some alternative ways to say this phrase that still convey the same meaning.

Butt Of The Joke

Butt Of The Joke Meaning

If you are said to be the “butt of a joke” it means that you are the person the joke is about. You are the target of the joke’s mocking and ridicule.

The origin of the phrase “butt of the joke” seems to stem back to at least the 13th century. During this time, the Old French word “but” was used to mean to aim or target something specifically with an arrow. In the mid 14th century, the same term was used to describe a support for an archery target. The phrase as we know it today was derived from this meaning of the word “but” with an added t and was meant to imply that someone was the target of the joke.

“Butt Of The Joke” Examples

A statement made by a student in the school newspaper in an article about bullying.

A statement made by a celebrity in an entertainment magazine.

A conversation between two friends having coffee and discussing another friend.

Other Ways to Say “Butt Of The Joke”

Like all idiomatic phrases, there are several alternative ways you can say “butt of the joke” and still convey the same meaning. Some of these alternatives include:

Butt Of The Joke | Image 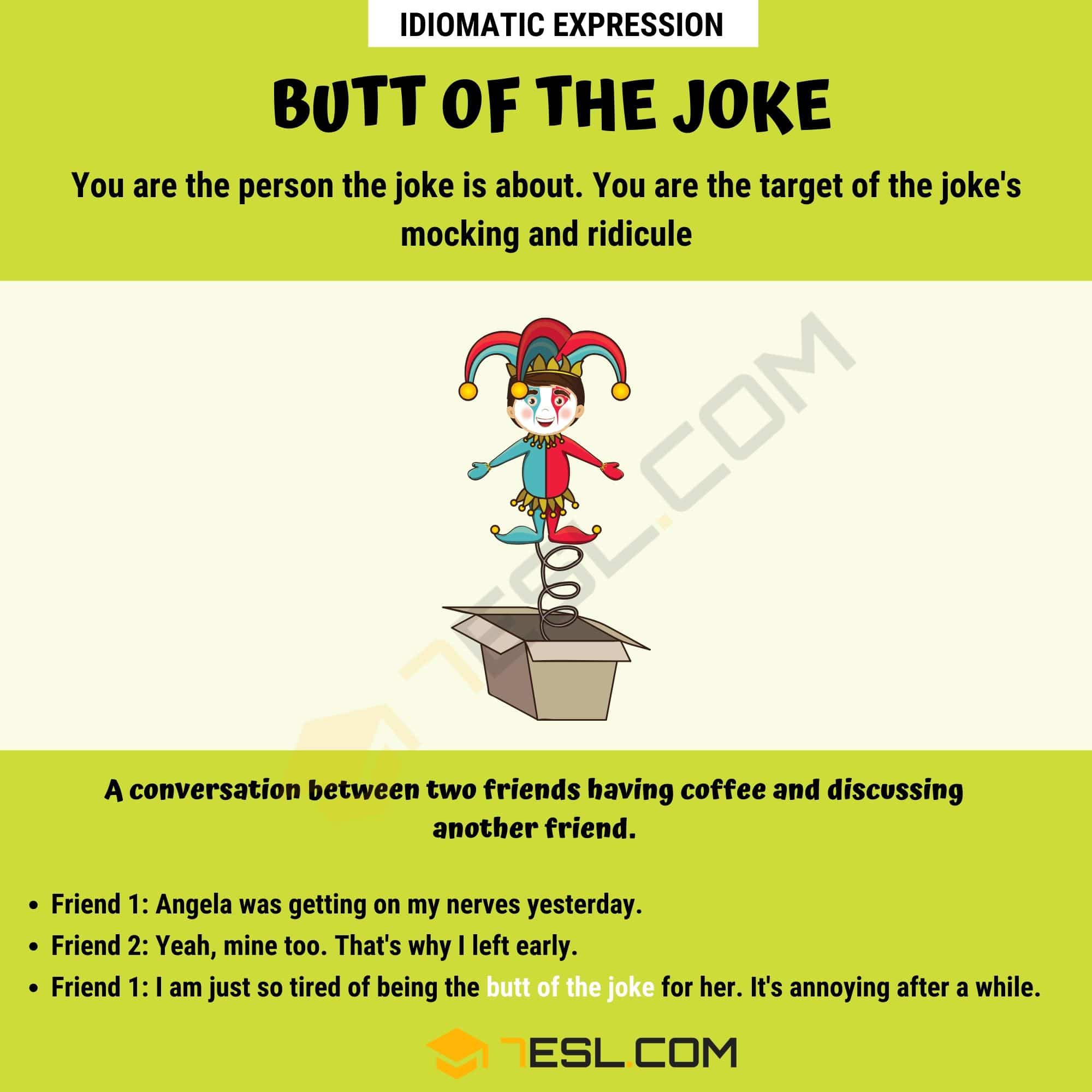