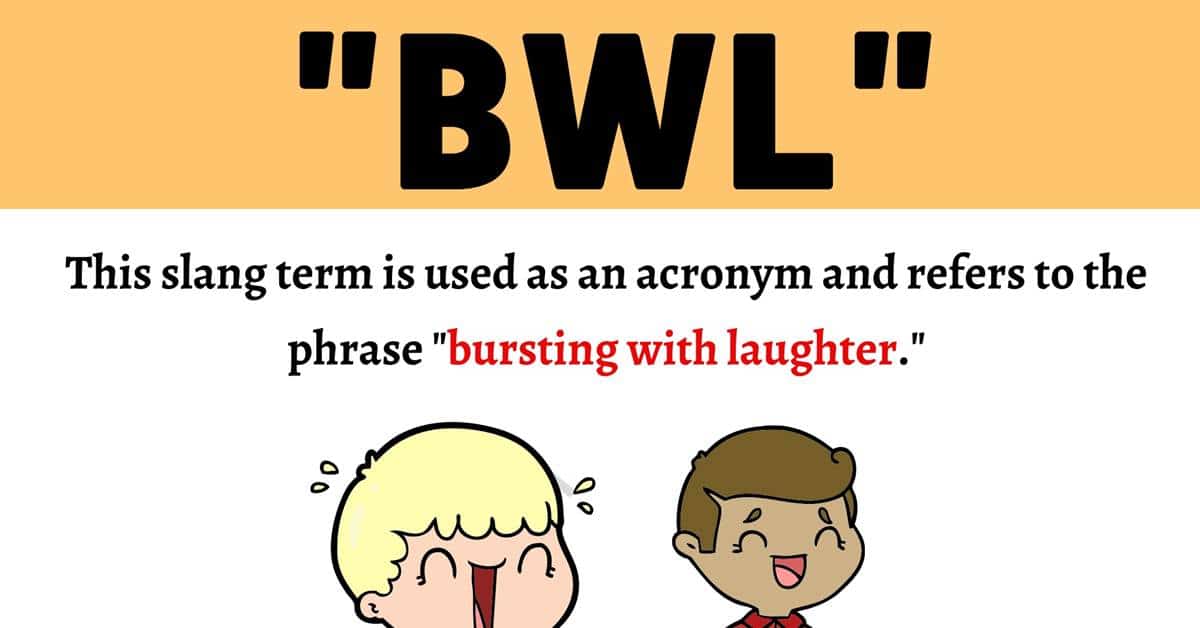 The acronym “BWL” is used online and in text conversations as a replacement for a more popular term that everyone is familiar with. However, it is still not as widely used as a typical response. Below you will unearth the meaning of this term, information about its origin, and some different meanings. You will also read through some example conversations to help you better understand the meaning. Finally, you will see some synonyms that can also be used in place of this term.

What Does BML Mean?

There are no specific details available concerning when or where this phrase was first used.

In a similar fashion of nearly every other acronym, this one can stand for many more phrases as well. Some other things that this term can represent are “Body Weight Loss,” “Broadband Wireless Loop,” “Biological Warfare Laboratory,” “Beer Wine and Liquor,” and “Broadband and Wireless.” There are others also but simply too many to enter them all here.

Other Ways to Say “BWL”

There are a few synonyms that you could use in place of this acronym and the phrase that it represents. Some other expressions you could use include LOL, LMAO, ROFLMAO, etc. 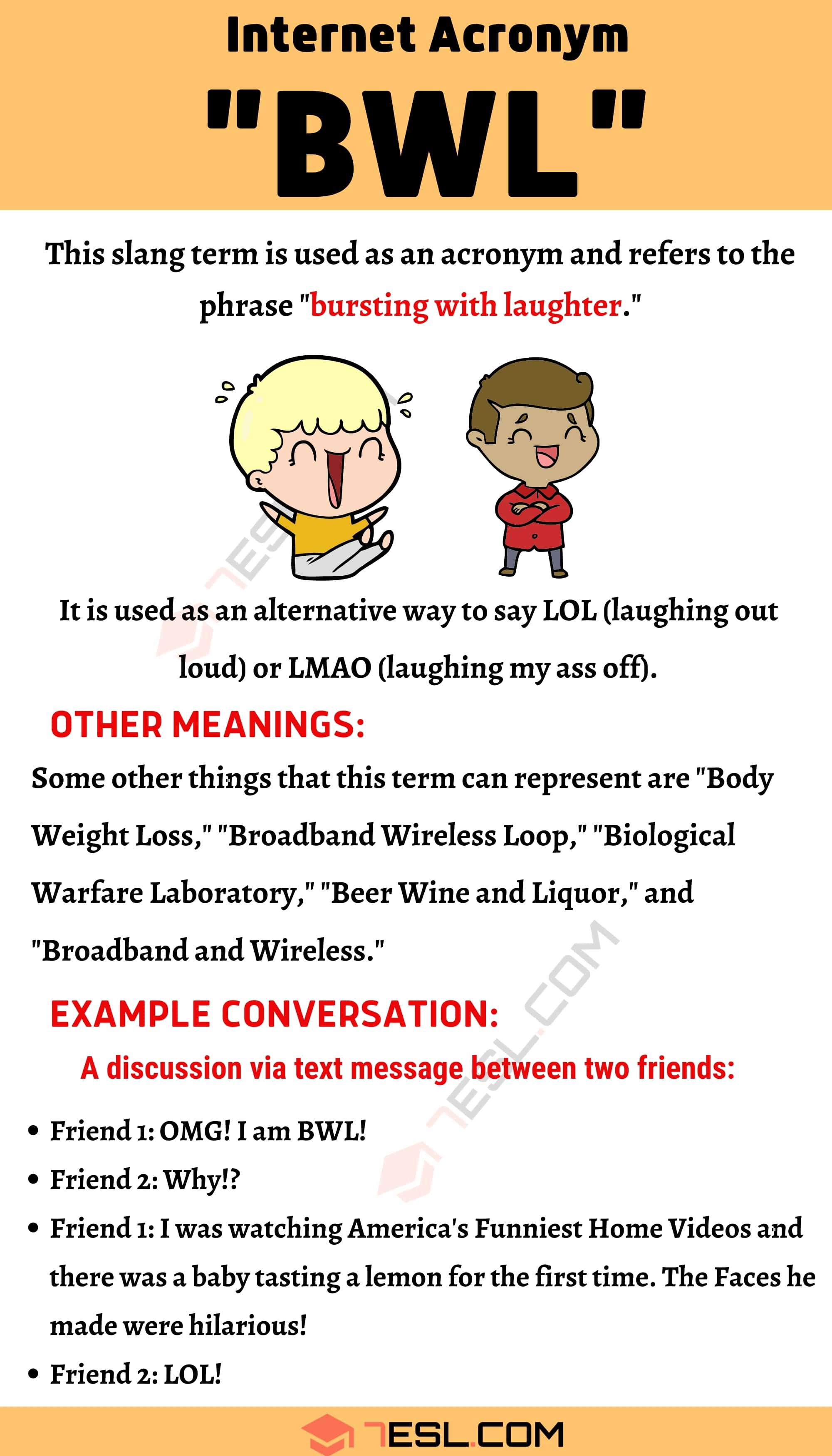