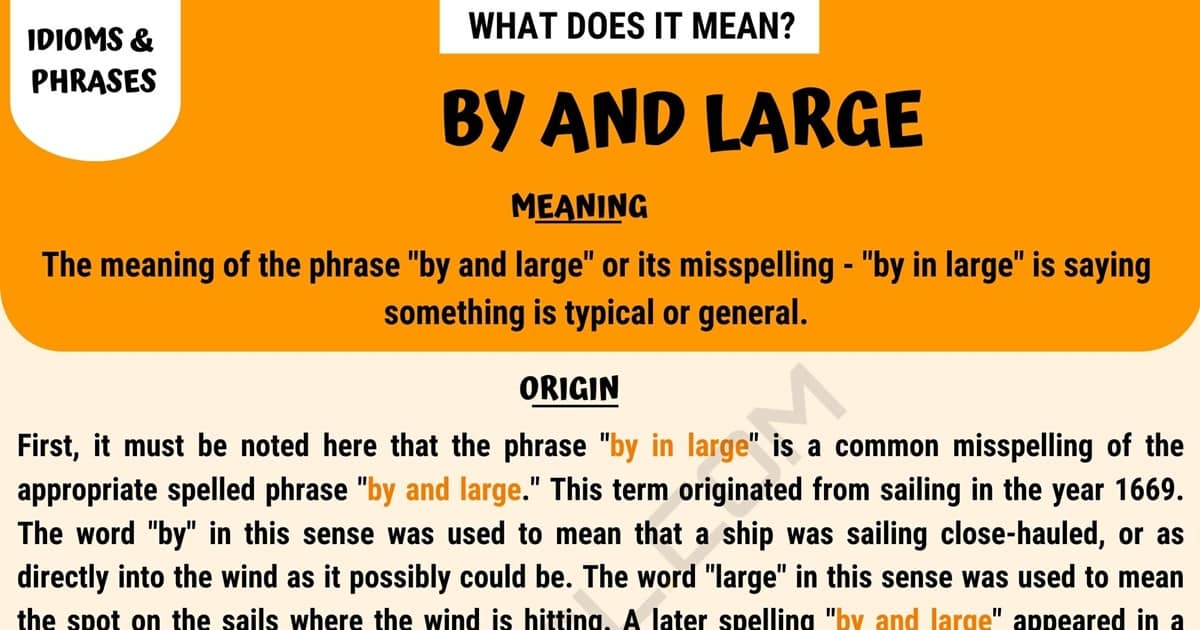 By and large or, by in large? In the below article, the definition of the phrase “by and large”, and the details of its origin can be found. You will also see samples of sentences and conversations that show the proper usage of this phrase in everyday communication and you will find some different ways to this phrase that still allow you to convey the same meaning.

By and Large Meaning

The meaning of the phrase “by and large” or its misspelling – “by in large” is saying something is typical or general.

First, it must be noted here that the phrase “by in large” is a common misspelling of the appropriate spelled phrase “by and large.” This term originated from sailing in the year 1669. The word “by” in this sense was used to mean that a ship was sailing close-hauled, or as directly into the wind as it possibly could be. The word “large” in this sense was used to mean the spot on the sails where the wind is hitting. A later spelling “by and large” appeared in a magazine and is attributed to giving the phrase the definition that we know it to be today.

“By And Large” Examples

A conversation among two co-workers.

A conversation between two friends after going to see a movie.

Alternatives to “By And Large”

Some alternatives you can use in place of “by and large” that mean the same or something very similar include:

By And Large | Image

What Does “By And Large” Mean? 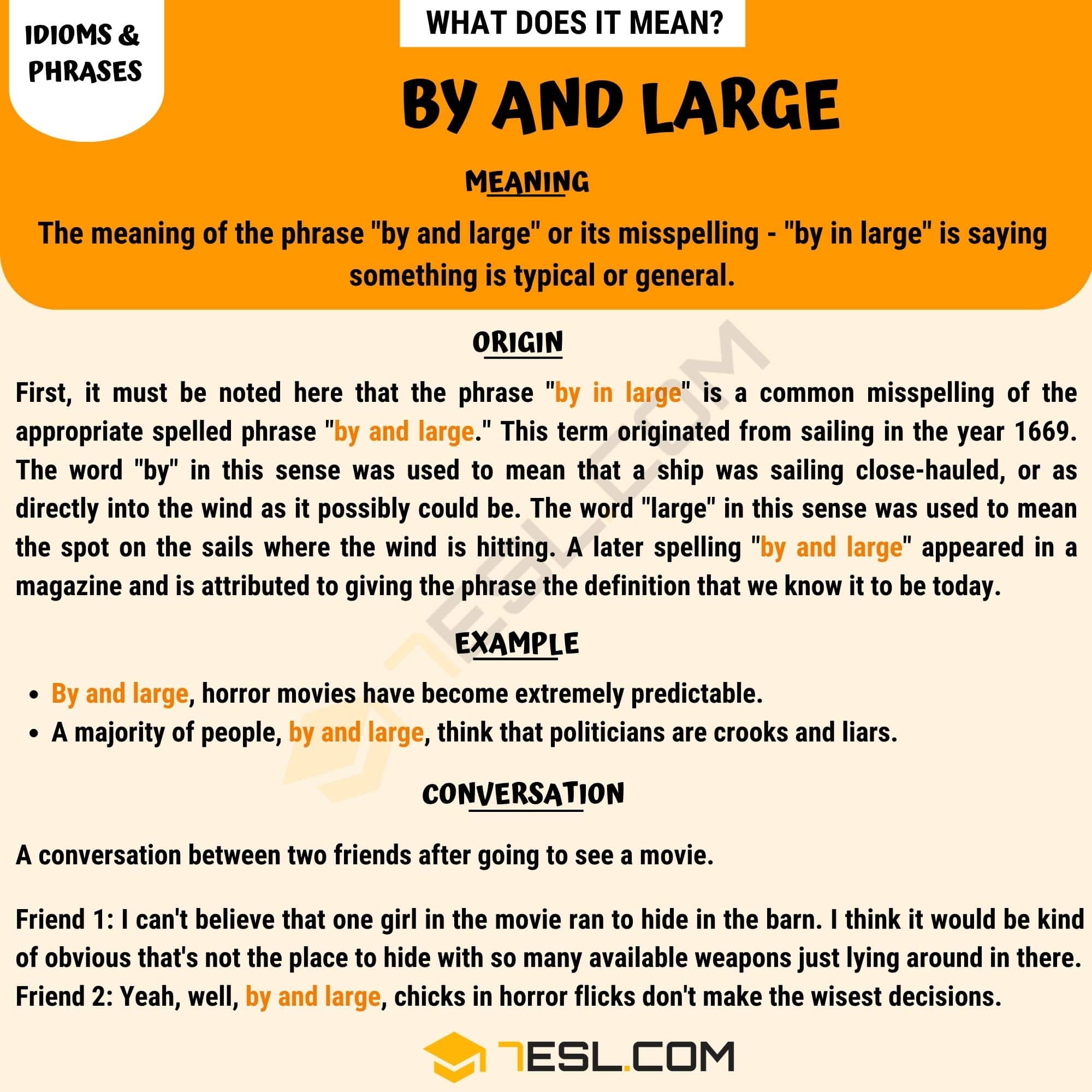