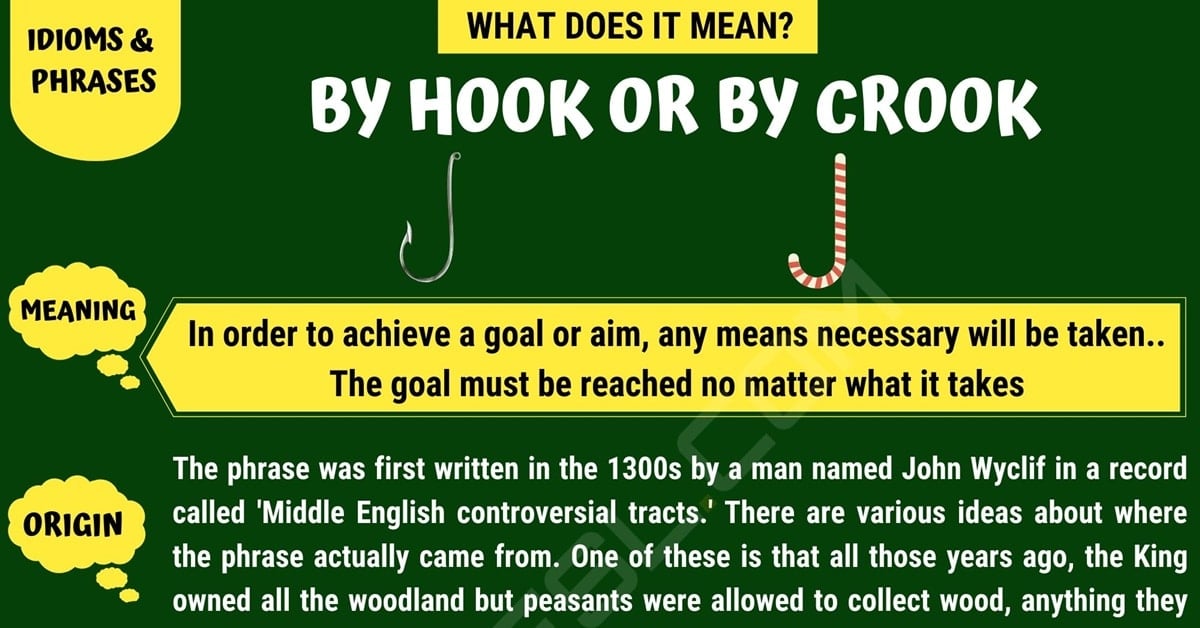 A common saying which you may have heard quite often is ‘by hook or by crook.’ But how do we use this term in conversation and where did it come from? Let’s take a look at the meaning behind this phrase.

By Hook or By Crook

By Hook or By Crook Meaning

The phrase ‘by hook or by crook’ means that in order to achieve a goal or aim, any means necessary will be taken. The goal must be reached no matter what it takes.

The phrase was first written in the 1300s by a man named John Wyclif in a record called ‘Middle English controversial tracts.’ There are various ideas about where the phrase actually came from. One of these is that all those years ago, the King owned all the woodland but peasants were allowed to collect wood, anything they could remove from the trees using a billhook or a shepherds crook.

“By Hook or By Crook” Examples

You would use this term to express the dire need to complete something, for example you might tell your co-worker something along the lines of ‘We must get these documents finished by Friday morning, by hook or by crook.’

The idiomatic phrase ‘by hook or by crook’ is often used in conversations, both formal and informal. Here are some examples of how it might sound when heard in a conversation.

If you wanted to express the meaning of ‘by hook or by crook’ in other words, you might use one of the following sayings.

By Hook or By Crook | Image 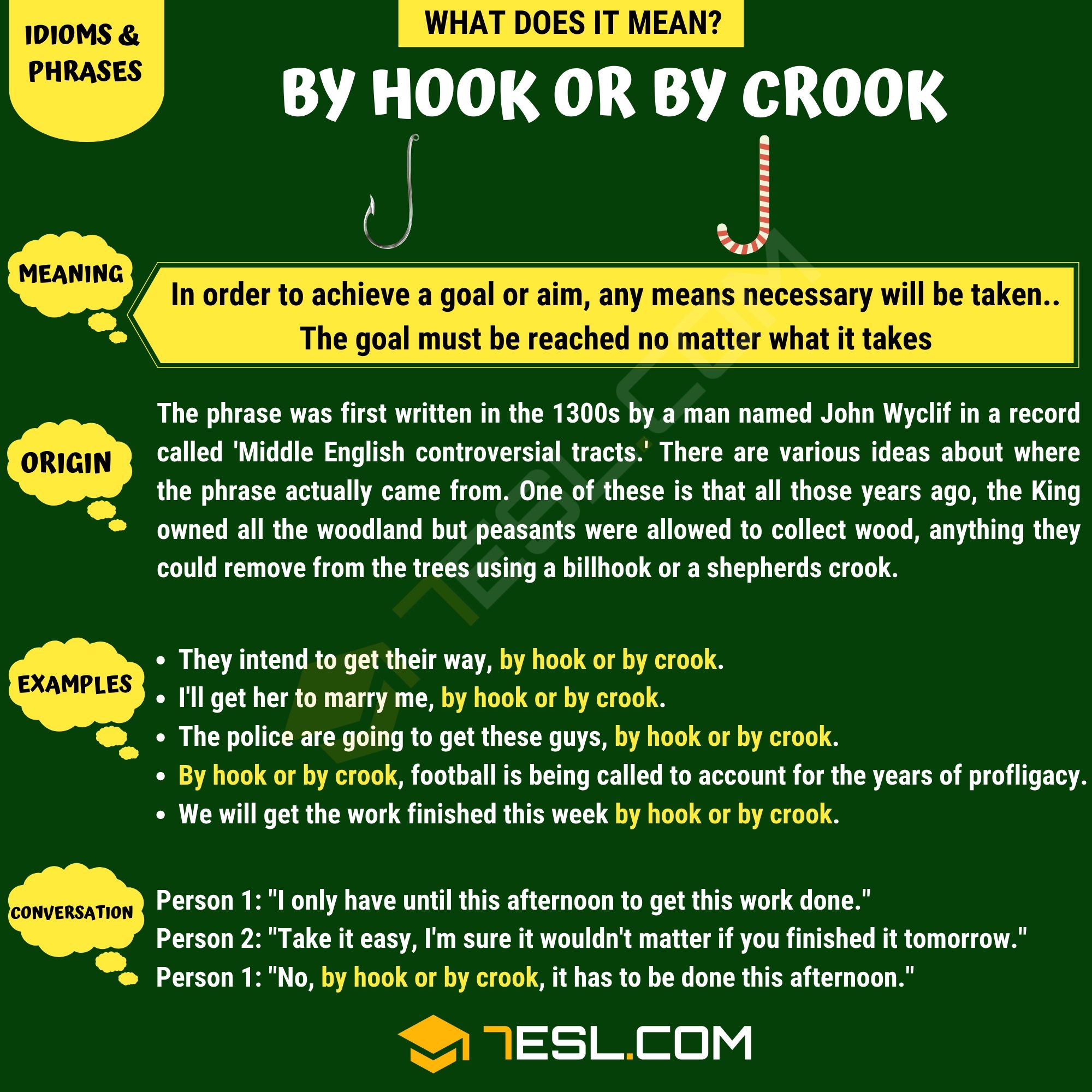