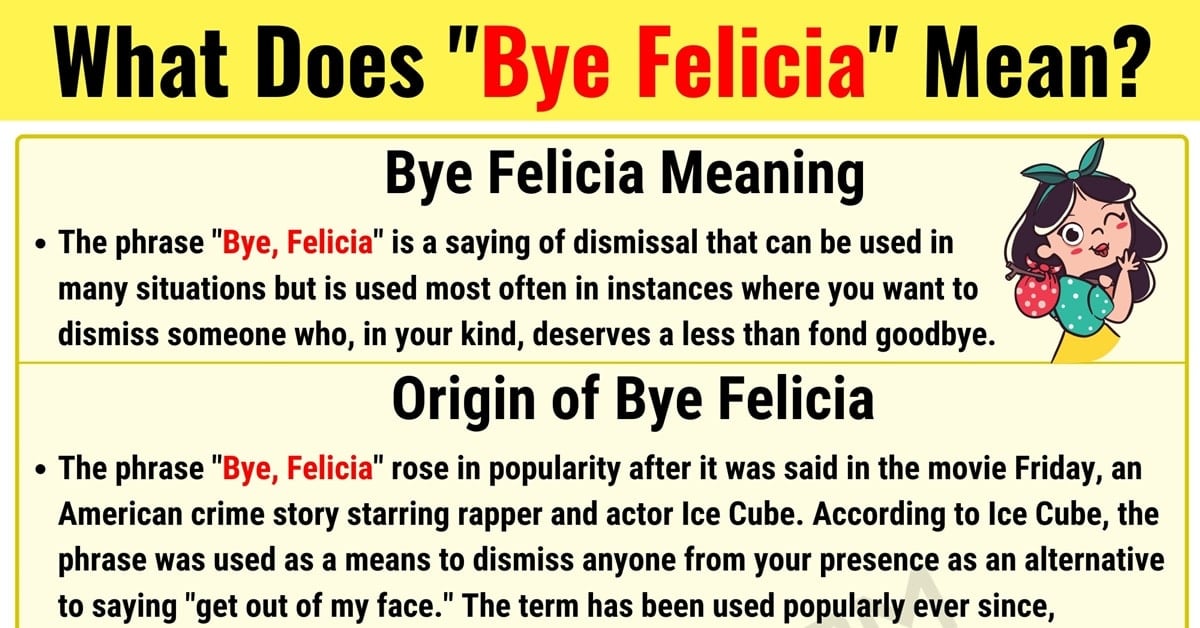 The slang term “Bye Felicia” is a term that became popular in recent years and is still used just as consistently today both online and in real life. If you have heard or seen this term and were left wondering what it means, then you have hit the jackpot.

Here you will not only find the meaning of this phrase, but you will also discover its origin, find some other meanings if they exist, and see the phrase used properly in some conversation examples. The article will wrap up with some suggestions of synonyms that you can use in place of this phrase to convey the same meaning.

What Does “Bye Felicia” Mean?

The phrase “Bye, Felicia” is a saying of dismissal that can be used in many situations but is used most often in instances where you want to dismiss someone who, in your kind, deserves a less than fond goodbye.

The phrase “Bye, Felicia” rose in popularity after it was said in the movie Friday, an American crime story starring rapper and actor Ice Cube. According to Ice Cube, the phrase was used as a means to dismiss anyone from your presence as an alternative to saying “get out of my face.” The term has been used popularly ever since, especially on the internet via memes.

There are no other known meanings for the phrase “Bye, Felicia.”

There are many alternative words and phrases you could use to replace the phrase “Bye, Felicia” and keep the same meaning. Some of the things you could say instead include: 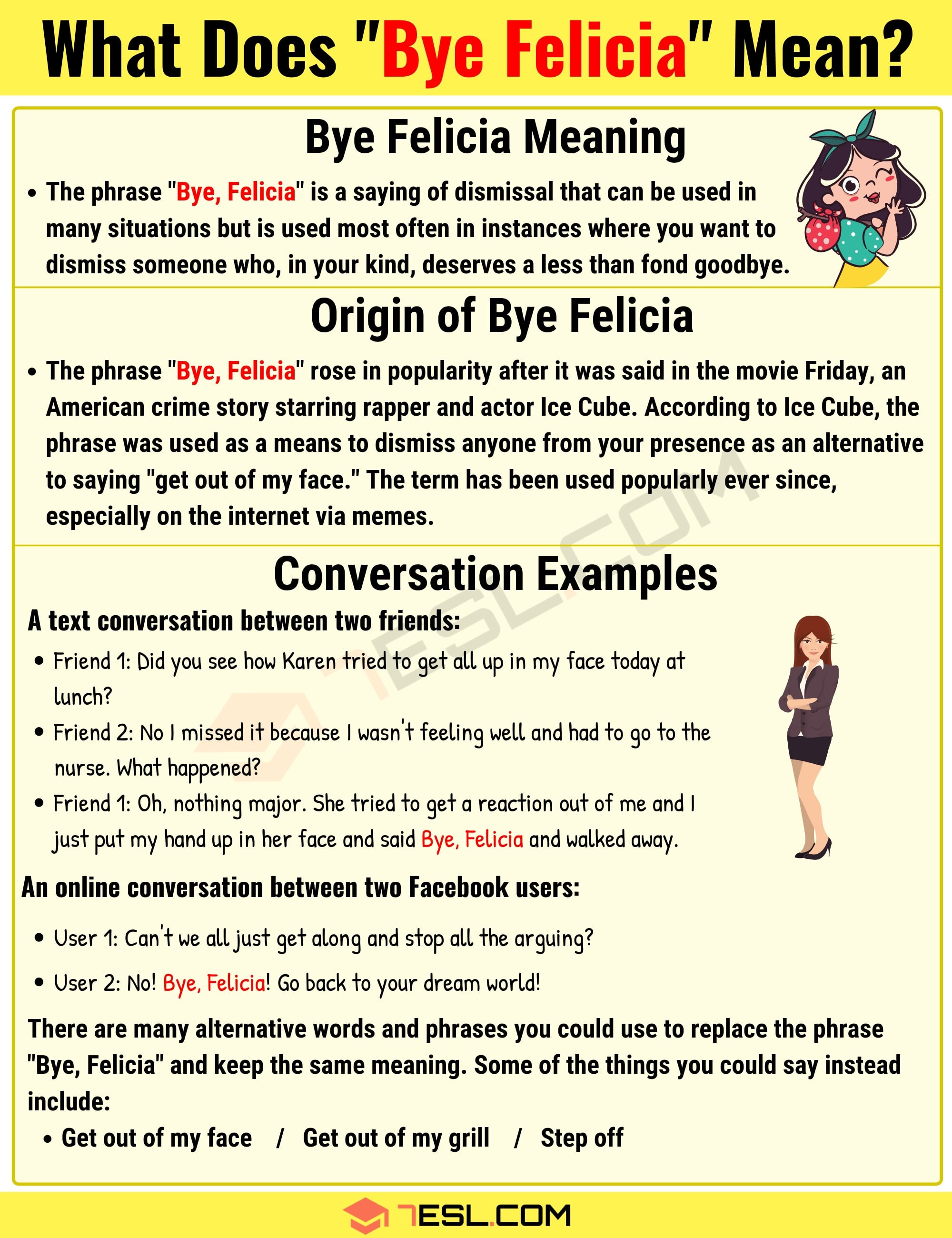