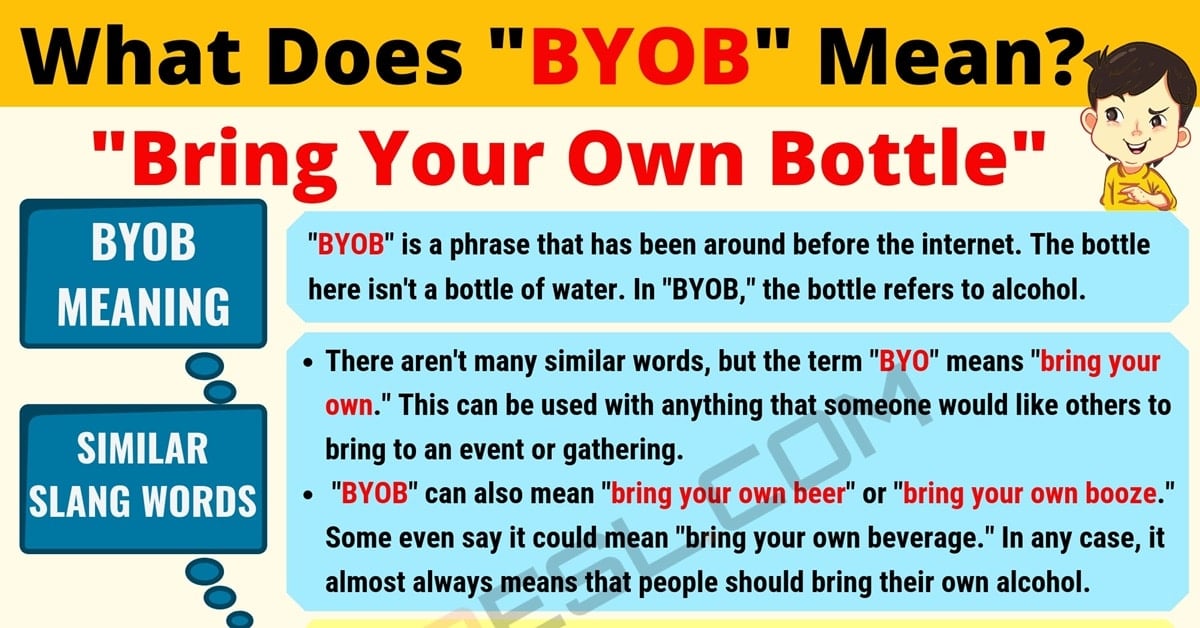 What does BYOB mean? Learn the definition, how and when to use text abbreviation BYOB with useful conversation examples and ESL printable infographic.

What Does BYOB Mean?

“BYOB” stands for “bring your own bottle.”

It is a phrase that has been around before the internet. The bottle here isn’t a bottle of water. In “BYOB,” the bottle refers to alcohol.

There aren’t many similar words, but the term “BYO” means “bring your own.” This can be used with anything that someone would like others to bring to an event or gathering.

This phrase is almost always used for parties. In a party, it means that the host will not provide alcoholic beverages, but guests are free to bring anything that they would like to drink. It may also mean that the host has a limited amount of alcohol but not enough for everyone at the party. This is an easy way to ensure that guests at the party will have a good time because they can bring whatever they would like to drink and the host doesn’t have to worry about getting something that people won’t like.

Other times, it can be used for restaurants that are unable to serve alcohol. Serving certain types of liquor requires a license, but some laws permit customers to bring their own alcoholic beverages and drink them in the restaurant for a fee. In this case, it would be called a “BYOB restaurant.”

This term can be used by anyone who is having a party. It is used by both younger and older people alike.

Let’s see some examples of how people use “BYOB” in regular conversation:

This exchange shows two friends who are talking about a party at their mutual friend Craig’s house. Friend 2 is excited because he has heard that Craig is an exceptional bartender and can craft some amazing cocktails. Friend 1 informs Friend 2 that the upcoming party will be a “BYOB” party. Typically, most patrons would bring beer, wine, or liquor. That means that there probably won’t be a lot of ingredients that go together. Friend 2 decides to bring his own beer.

In example 2 we have a texting conversation between a couple about celebrating their anniversary. The girlfriend likes wine and wanted to know what they had the restaurant. The boyfriend let her know that they don’t serve wine but it’s a “BYOB” restaurant so they can bring their own. 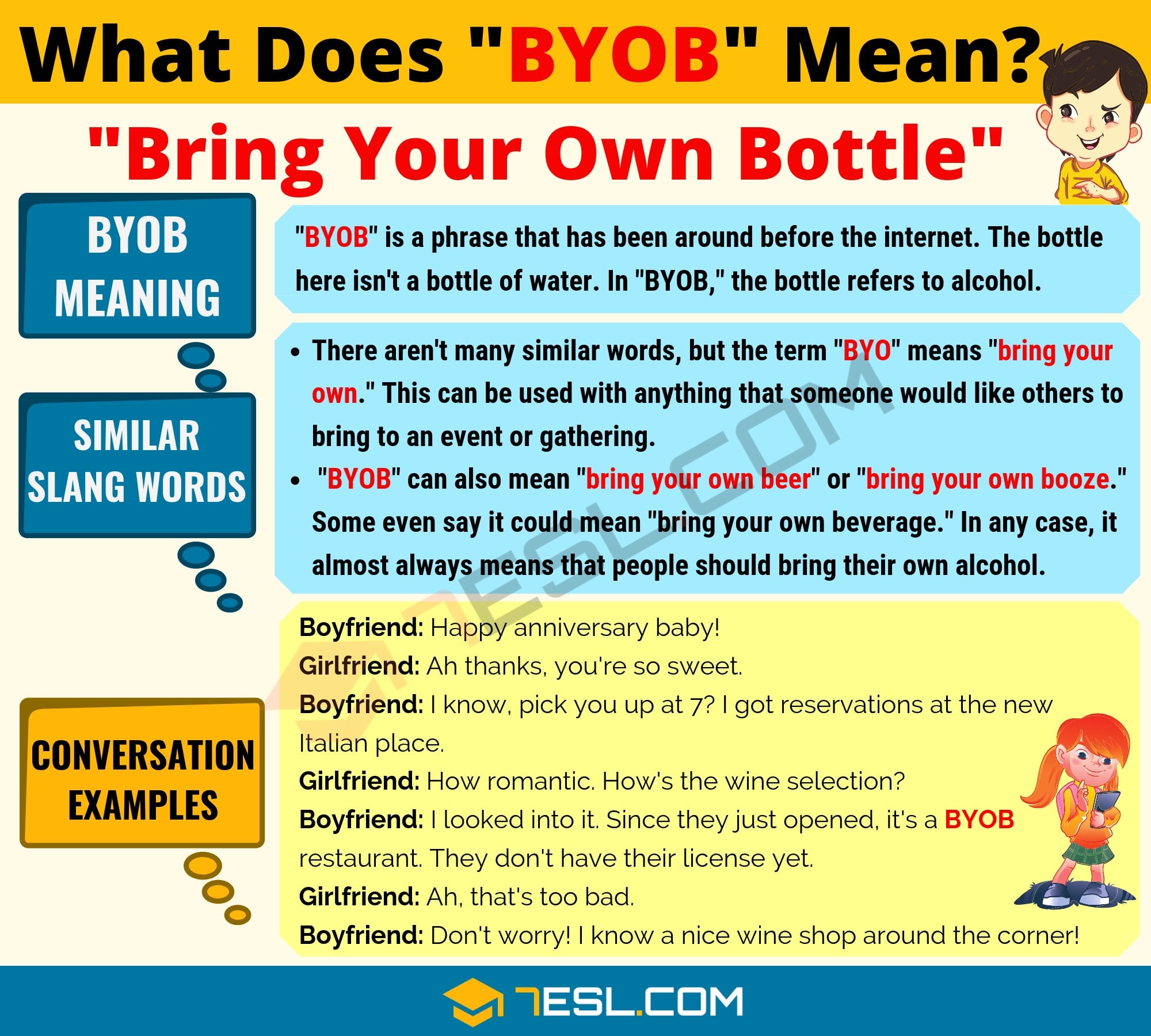