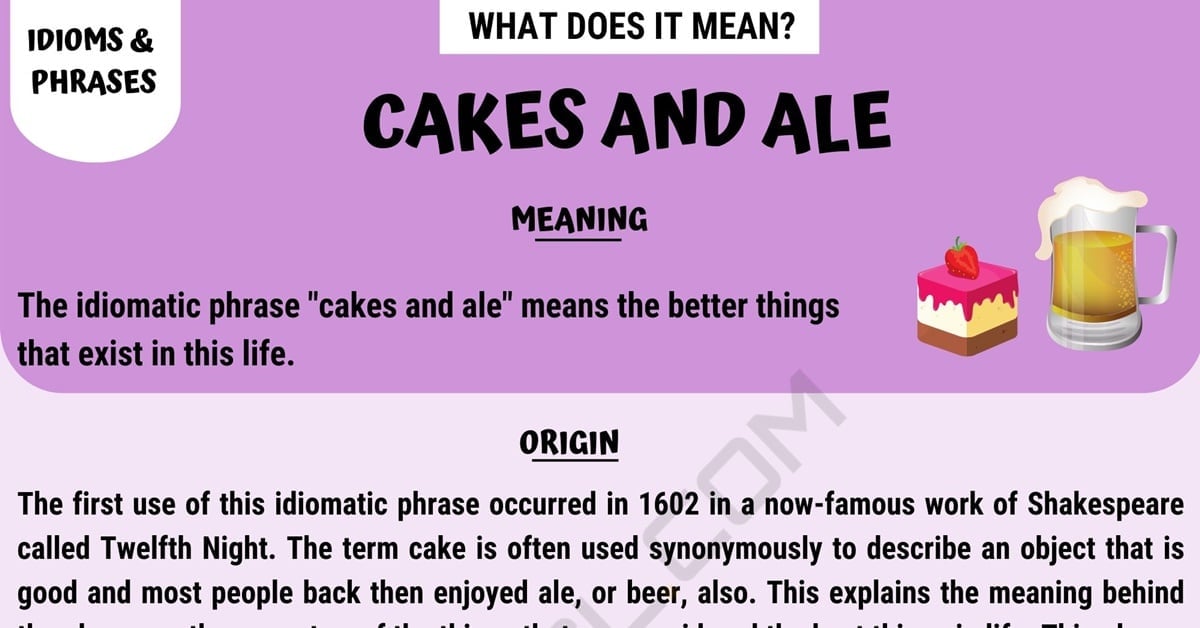 The idiomatic phrase “cakes and ale” means the better things that exist in this life.

The first use of this common idiomatic phrase occurred in 1602 in a now-famous work of Shakespeare called Twelfth Night. The term cake is often used synonymously to describe an object that is good and most people back then enjoyed ale, or beer, also. This explains the meaning behind the phrase as these are two of the things that are considered the best things in life. This phrase is more widely used in the UK than it is in the US.

A statement made by the police to a group of school children.

A conversation between two friends at the park.

A conversation between two co-workers having a drink after work.

Other Ways to Say “Cakes and Ale”

Like all idiomatic phrases, there are several alternative ways to say the phrase “cakes and ale” and convey the same meaning. Some of these alternatives include: 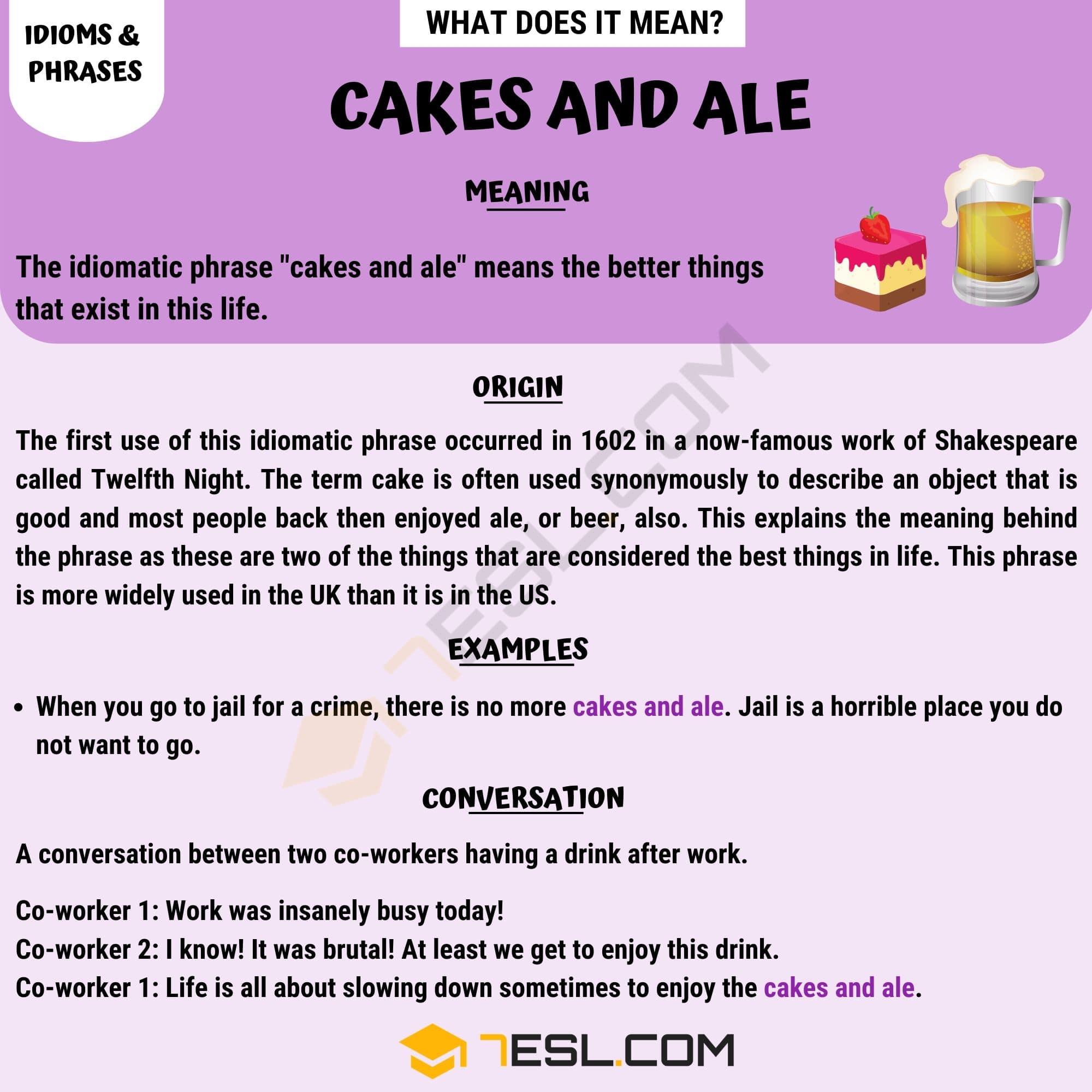