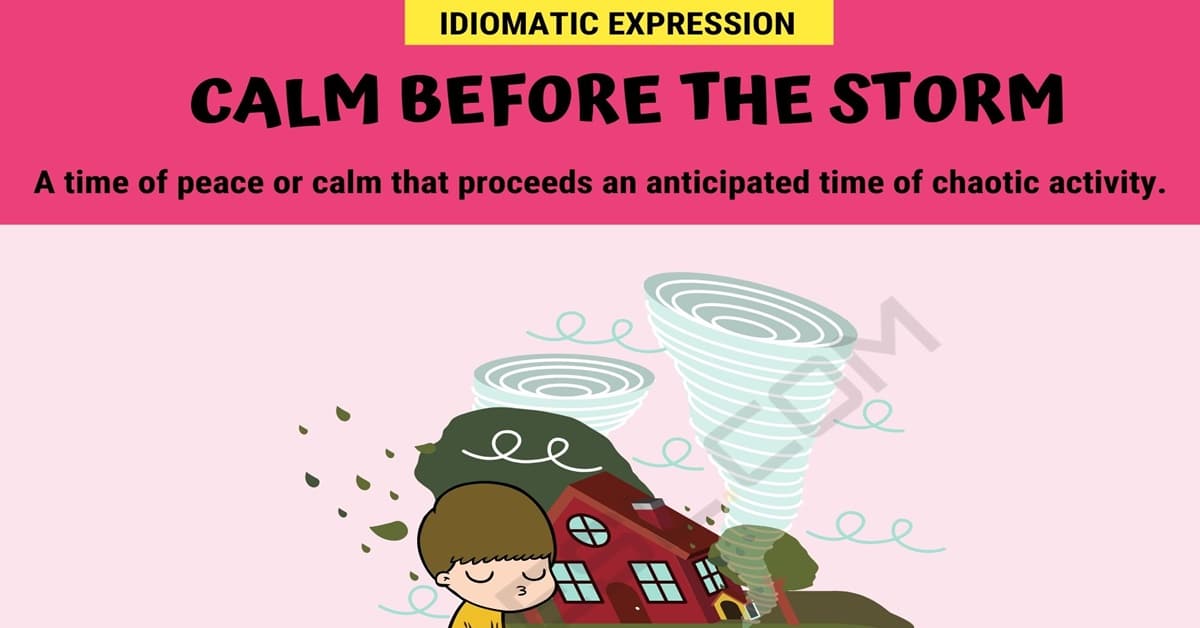 The idiom, the “calm before the storm,” is well-known because of its frequent usage. You may encounter this idiomatic phrase quite often in conversation or writing. If you have ever wondered what this phrase is all about, then read on. Here you will find the meaning of the phrase and the story of its origin. You will also see the phrase used in example conversations and sentences to help you better understand how to use this phrase and provide you with some alternative suggestions that you can use in substitution for this phrase to convey the same meaning.

Calm Before The Storm

“Calm Before The Storm” Meaning

The idiomatic phrase “calm before the storm” means a time of peace or calm that proceeds an anticipated time of chaotic activity.

Origin of this Idiomatic Phrase

The origin of this idiom dates back to the 17th century where a variation was used in a play titled The Dumb Knight by authors Gervase Markham and Lewis Machin. The phrase used in a part of the play says “the calm before the tempest.” The word tempest is a synonym for the word storm. The first time the actual phrase appeared as “the calm before the storm” was in 1807 in a book by author Jeremiah Jingle titled The Remarks of Jeremiah Jingle. The phrase was used as a comparison to the quiet time that generally proceeds a tumultuous storm of some type.

Alternatives to “Calm Before The Storm”

There are several words or phrases that can be used in place of the idiom “calm before the storm” to relate the same meaning. Some of these alternatives include:

“Calm Before The Storm” Examples

A conversation between two friends discussing having children.

The Calm Before The Storm | Image 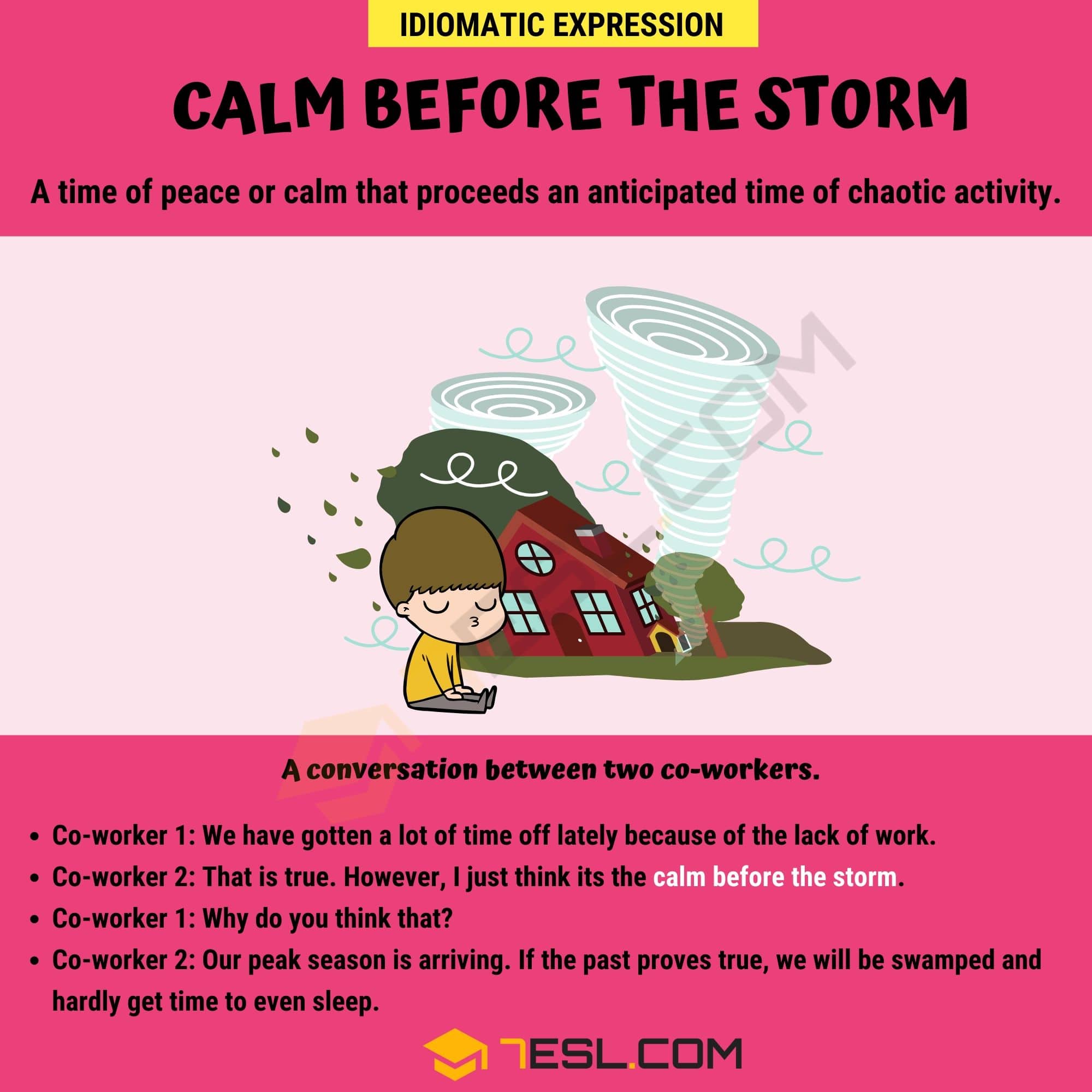