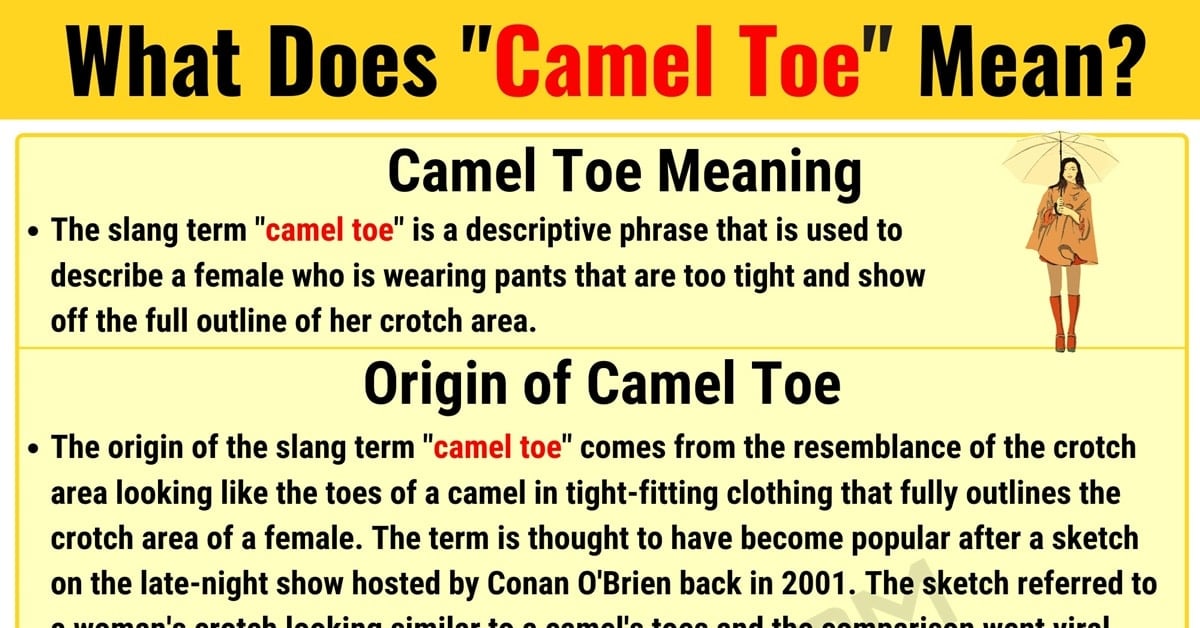 “Camel toe” is a popular slang term and one that you have probably heard before in passing. If you have heard this phrase used but are still wondering what it means, then you should continue. Here you will find the meaning of this slang term and the information regarding its origin.

You will also find some other meanings for the term if any exist and see how the phrase is used properly in some example conversations. Finally, you will find some suggestions of words or phrases that you can use in place of this term to convey the same meaning.

What Does Camel Toe Mean?

The slang term “camel toe” is a descriptive phrase that is used to describe a female who is wearing pants that are too tight and show off the full outline of her crotch area. The term “cameltoe” is typically written as “camel toe.”

The origin of the slang term “camel toe” comes from the resemblance of the crotch area looking like the toes of a camel in tight-fitting clothing that fully outlines the crotch area of a female. The term is thought to have become popular after a sketch on the late-night show hosted by Conan O’Brien back in 2001. The sketch referred to a woman’s crotch looking similar to a camel’s toes and the comparison went viral shortly thereafter.

Due to the similarity in appearance, the phrase was fitting and has been used popularly ever since as a descriptive term for this effect.

There are currently no other known meanings of the phrase “camel toe” available.

There are many phrases that you could use to replace the phrase “camel toe” in conversation and still convey the same meaning. Some of the alternative phrases you could use include: 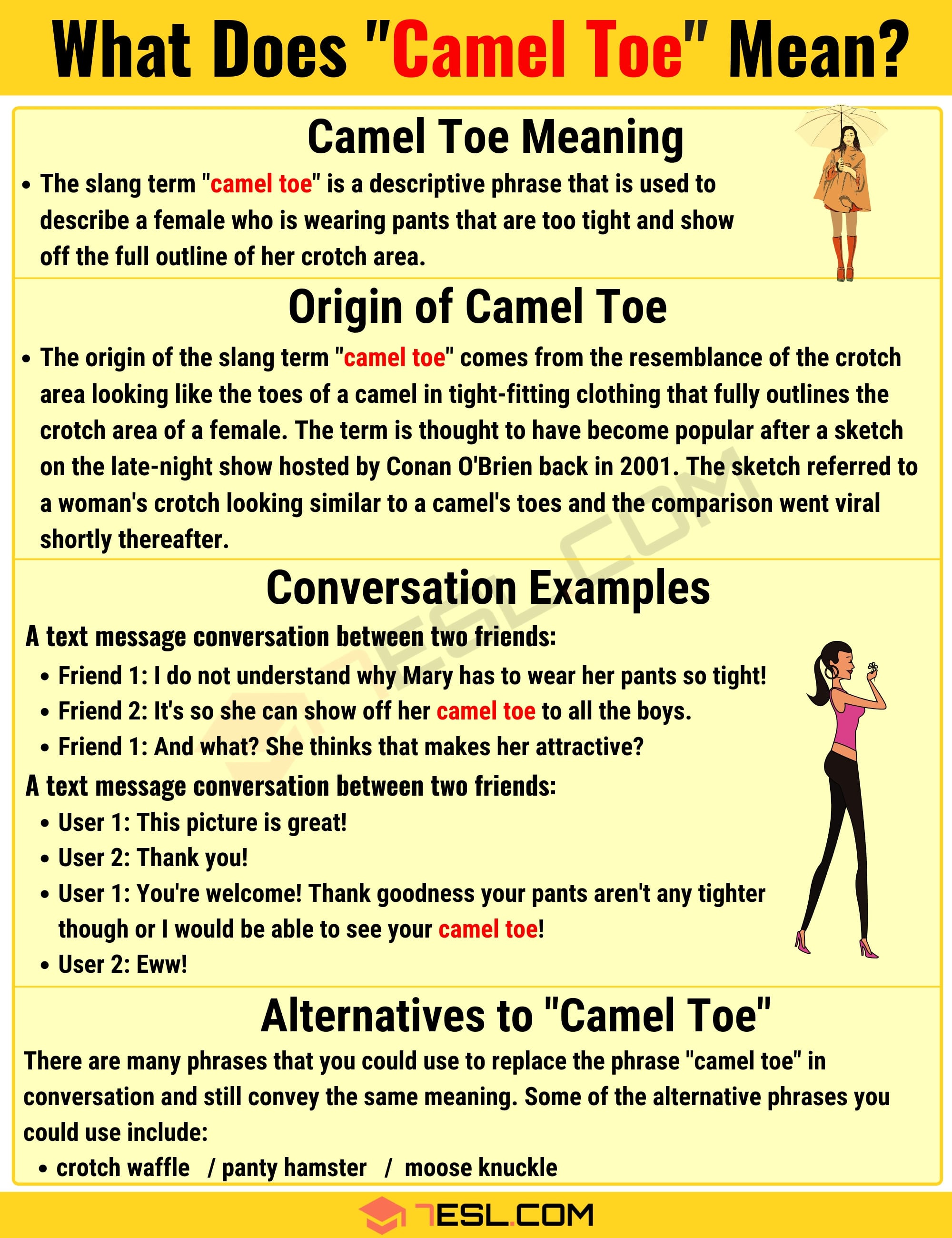 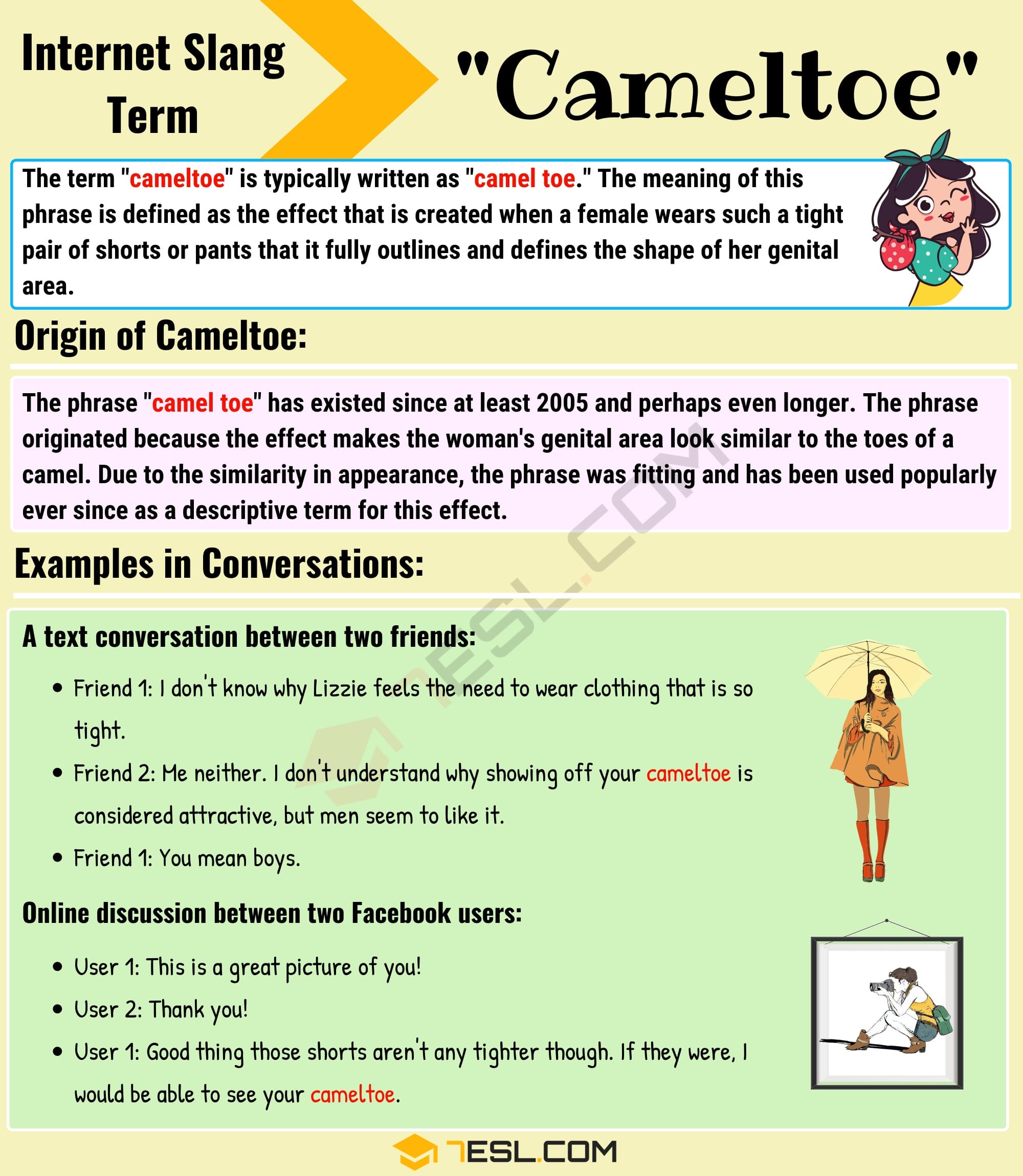 The term predates 2001 and the internet – at least as far back as the early eighties. It is a pre-internet meme. It is extremely crude and should not be used as casually as you describe. In your info graphic, you twice cast the words together as one word.