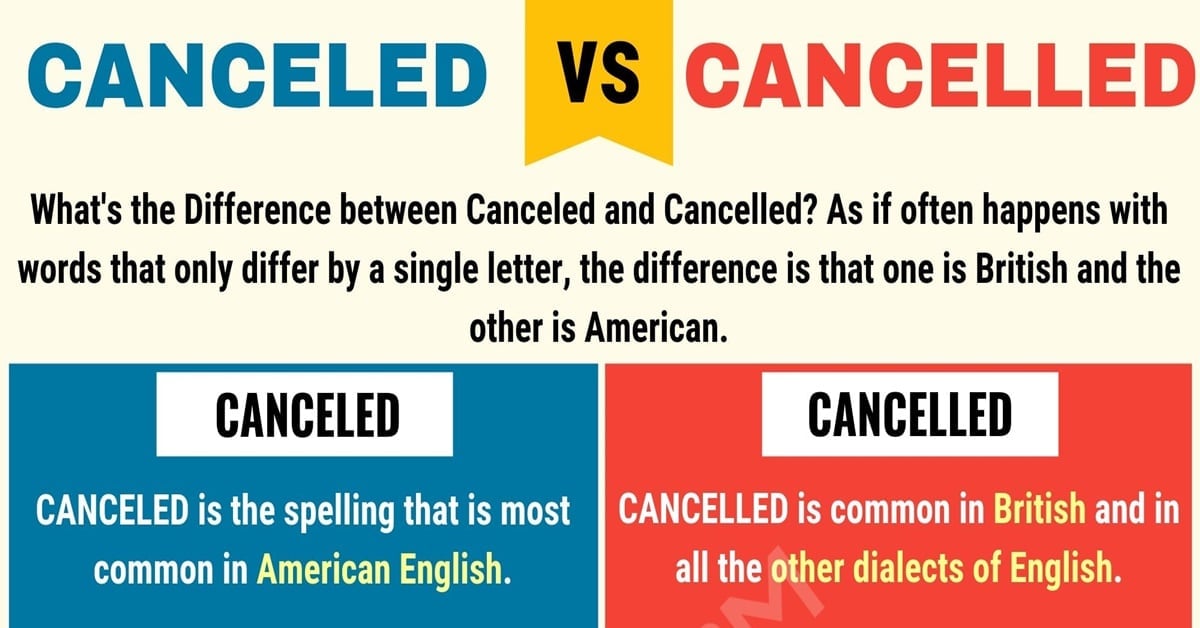 Canceled or cancelled! If your teacher is sick, you might read an announcement that would say that your last lesson will be canceled. However, if the bass player of your favorite band is sick, the bandleader might publish a post saying that some concerts will be cancelled. Is there a difference between the two words, canceled and cancelled, and if there is, what is it? Is it wrong to use one of the spellings instead of the other? Thankfully, there isn’t much to worry about. As if often happens with words that only differ by a single letter, the difference is that one is British and the other is American.

CANCELED is the spelling that is most common in American English, while CANCELLED is common in British and in all the other dialects of English.

So, if your aunt from America is planning to visit you in Europe, she might call you angrily and say that she won’t be able to come at the arranged time because her flight was canceled. However, Monica, your friend from England, might be very annoyed and disappointed because her favorite TV show was cancelled due to low ratings.

The only other thing that you need to be aware of is that there is an exception. While canceled is spelled either with one or two Ls depending on where in the world you are, the word cancellation is always spelled with two Ls, no matter if you are in America, England, or Australia. Therefore, to follow the examples already mentioned above, your aunt will be angry because of the flight cancellation, and Monica will be annoyed because of the cancellation of the TV show.

To sum up, use canceled in America, cancelled in England, and cancellation everywhere. 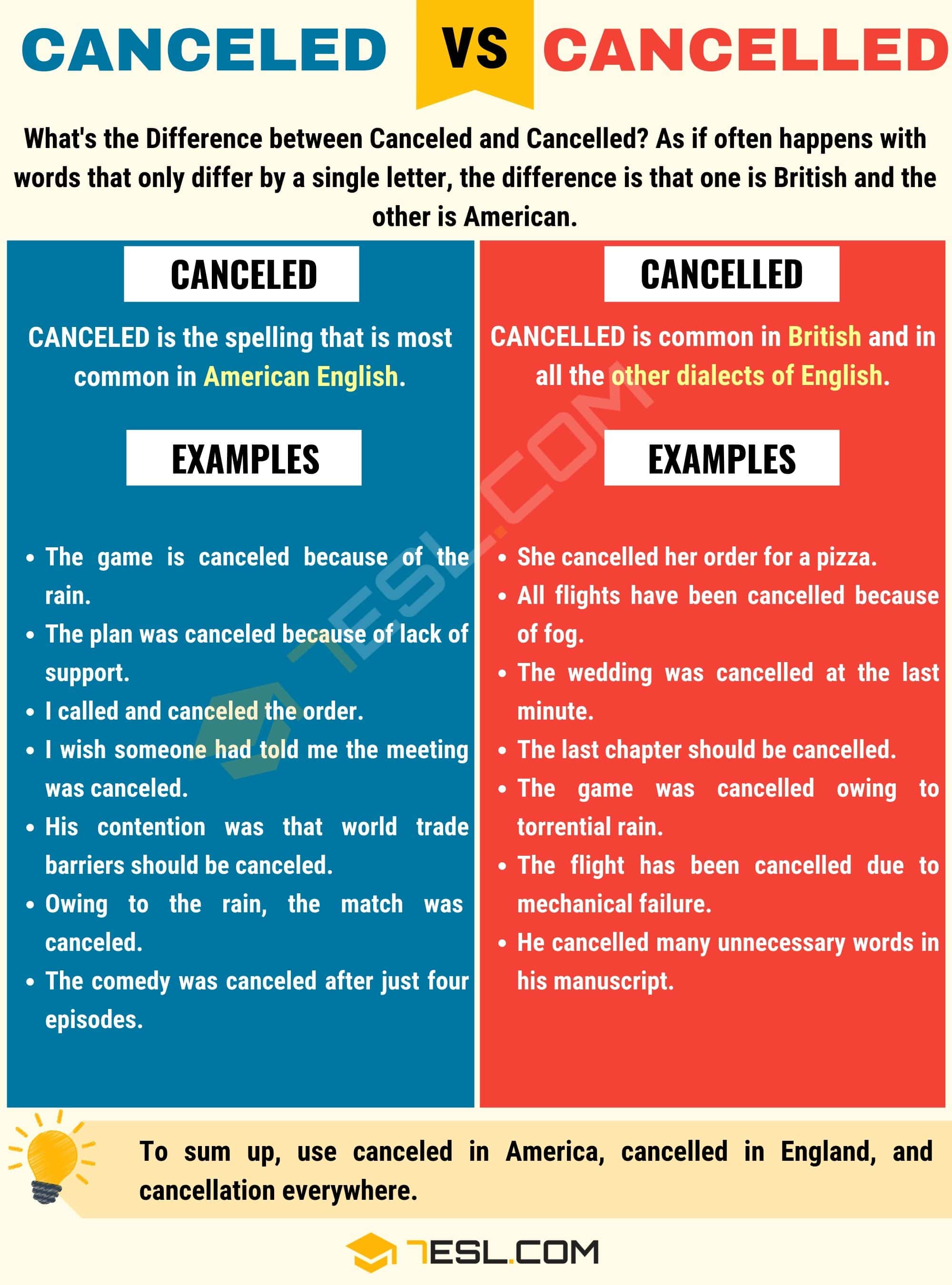