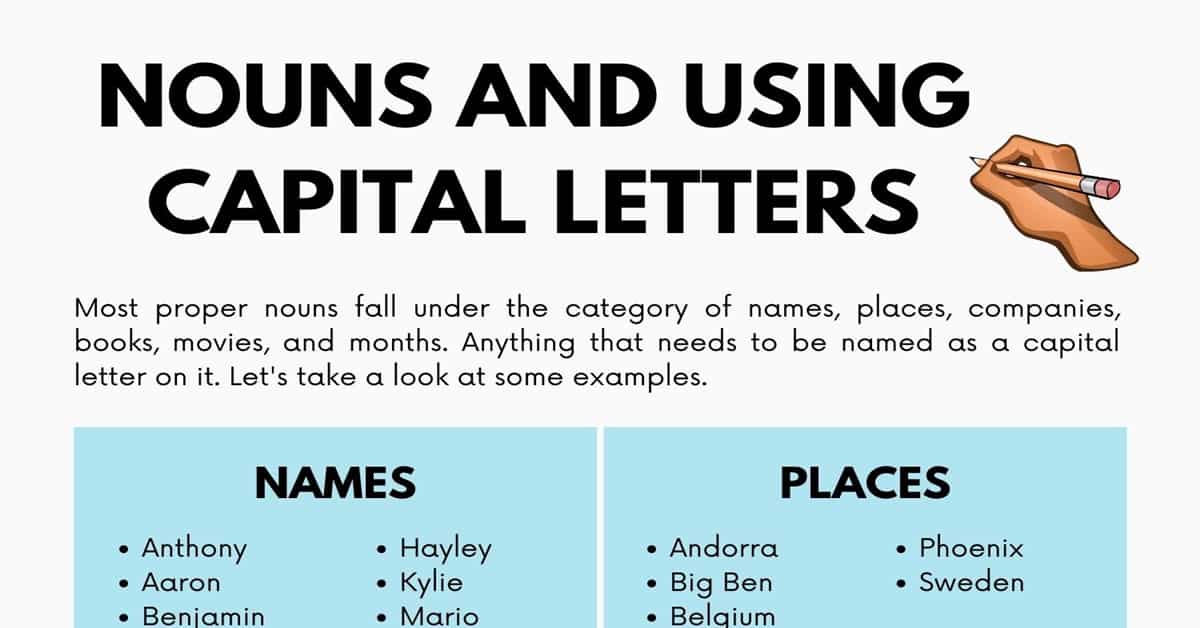 When do you use capital letters? When it comes to using nouns and trying to figure out whether a capital letter should be used in the sentence, you’ll often find yourself scratching your head. You’re sure that your teachers once told you that this word or that needs to be capitalized, but you can never remember the rules involved in trying to figure out which ones should be and which ones are best left alone.

You’ve come to the right place if you finally want to wrap your head around it though! We’re happy to help you work through it and finally figure out what makes a word capital lettered and what makes it stay left alone.

What Is A Capital Letter?

Nouns are usually always the words that come with capital letters, but not all nouns are built that way. In fact, most nouns are best left uncapitalized, like ‘mouth’ or ‘month’. So where do the capital letters come into it then? Why is ‘Bridge’ capitalized in ‘Golden Gate Bridge’ but ‘bridge’ itself doesn’t require a capital letter?

It can be confusing, we understand that! This is where proper nouns come into play. A proper noun is a noun that is used to identify one single entity, rather than a list of things. To help clear that up, here’s what it means.

‘A bridge’ is kept lower-case because it can refer to just about any bridge when it’s being talked about. It doesn’t matter which bridge, we’re just using it as an example.

‘The Golden Gate Bridge’ however is upper-case because it is referring to a very specific and distinctive landmark that can’t be anywhere else in the world. For this reason, the words actually form a proper noun together and that’s why they’re left capitalized.

We hope that this has cleared a few things up for you, though we’re still going to give you a quick list of all the proper nouns that we can think of to help you to remember. There is basically an infinite number of proper nouns out there that could be capitalized so there isn’t a chance (or even much point) of us covering them all for you here. We’ll do our best to cover a good range of them, which should be enough for you to understand what is expected of capitalization in the future.

What Nouns Are Capitalized?

Most proper nouns fall under the category of names, places, companies, books, movies, and months. Anything that needs to be named as a capital letter on it. Let’s take a look at some examples.

As you can see, there are plenty of proper nouns available out there that demonstrate how capitalization should occur when they’re being talked about. There are very few words (if any) that break this rule. If the next time you’re writing out a sentence and you’re unsure as to whether or not you should be capitalizing this noun or not, think: if it’s referring to something specific, it most likely needs a capital letter. If it’s more general, it probably doesn’t.

There are a couple of exceptions to the rule of course. You’ll notice that in some of the books or movies in the list, certain words are kept lower-case. For example, the book ‘The Lord of the Rings’ has both ‘of’ and ‘the’ kept in lower-case in the middle of it, though it’s still a proper noun, so why isn’t it capitalized? The simple answer is that ‘of’ and ‘the’ aren’t important enough in the title to need to be left capitalized. 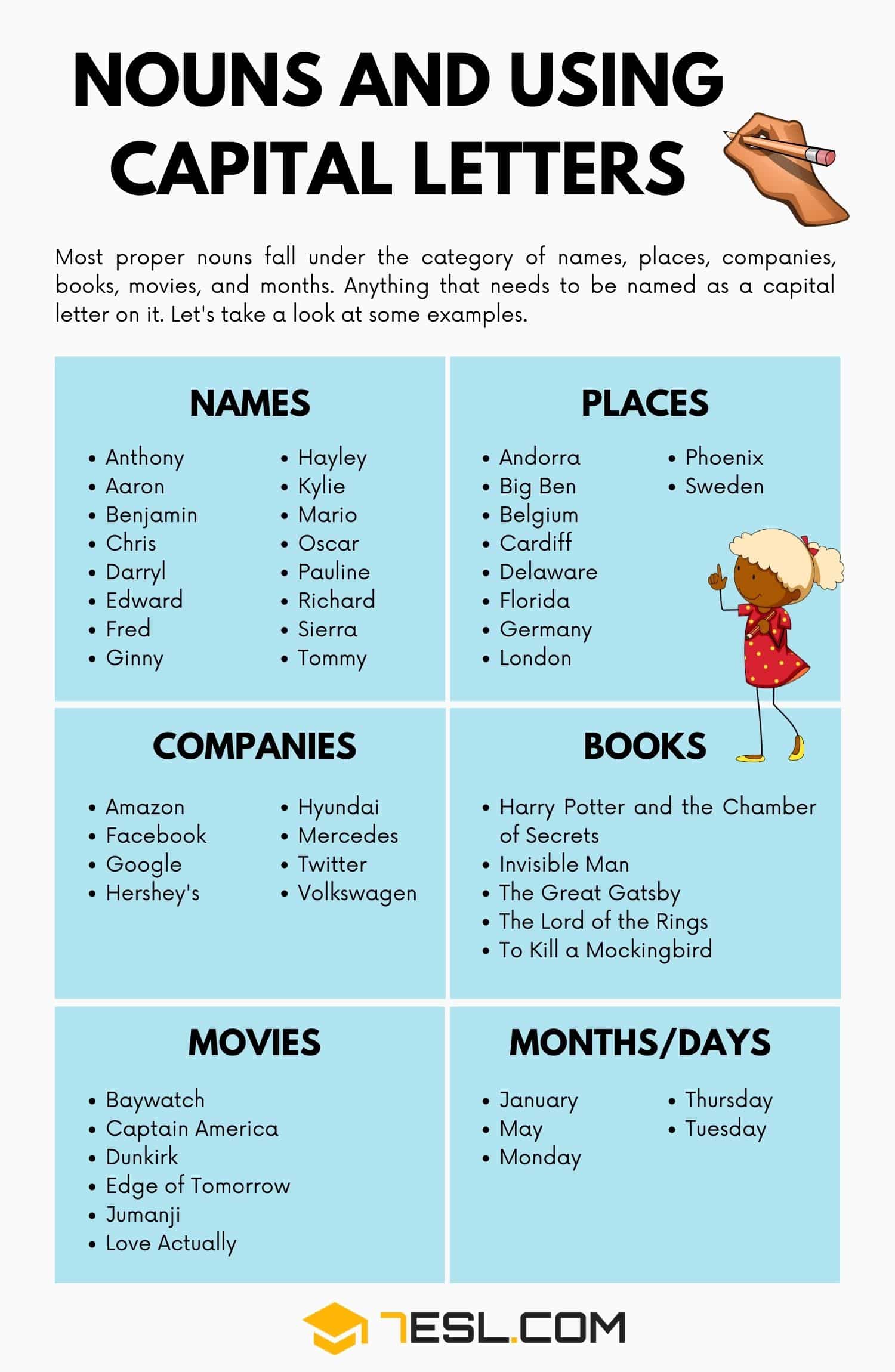