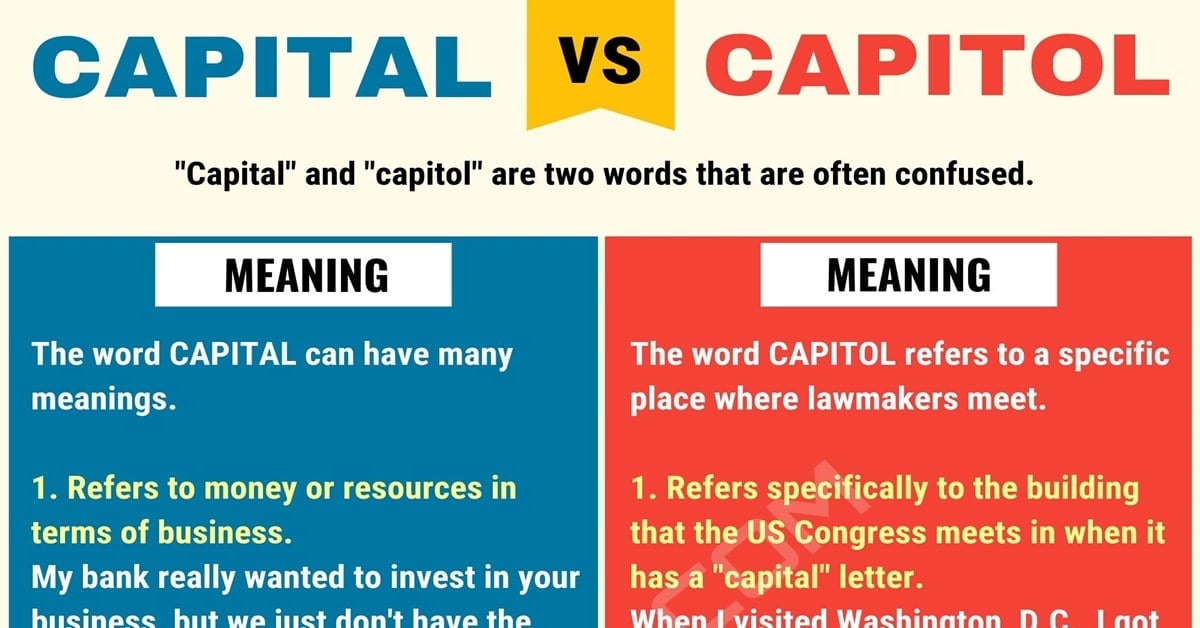 “Capital” and “capitol” are two words that are often confused. Learn the difference between capital vs. capitol with example sentences and ESL infographic.

The word “capital” can have many meanings. It can refer to money or resources in terms of business. It can also be used when discussing writing like “capital letters”. Lastly, it also can be the “capital” of a state, prefecture, or a country. Here are some uses:

After examining the difference between the two, we can see that while “capital” has many uses in many situations “Capitol” is specifically used to describe a place where laws are made.

When to Use Capitol vs. Capital | Image

Capital or Capitol – Difference between Capitol vs. Capital 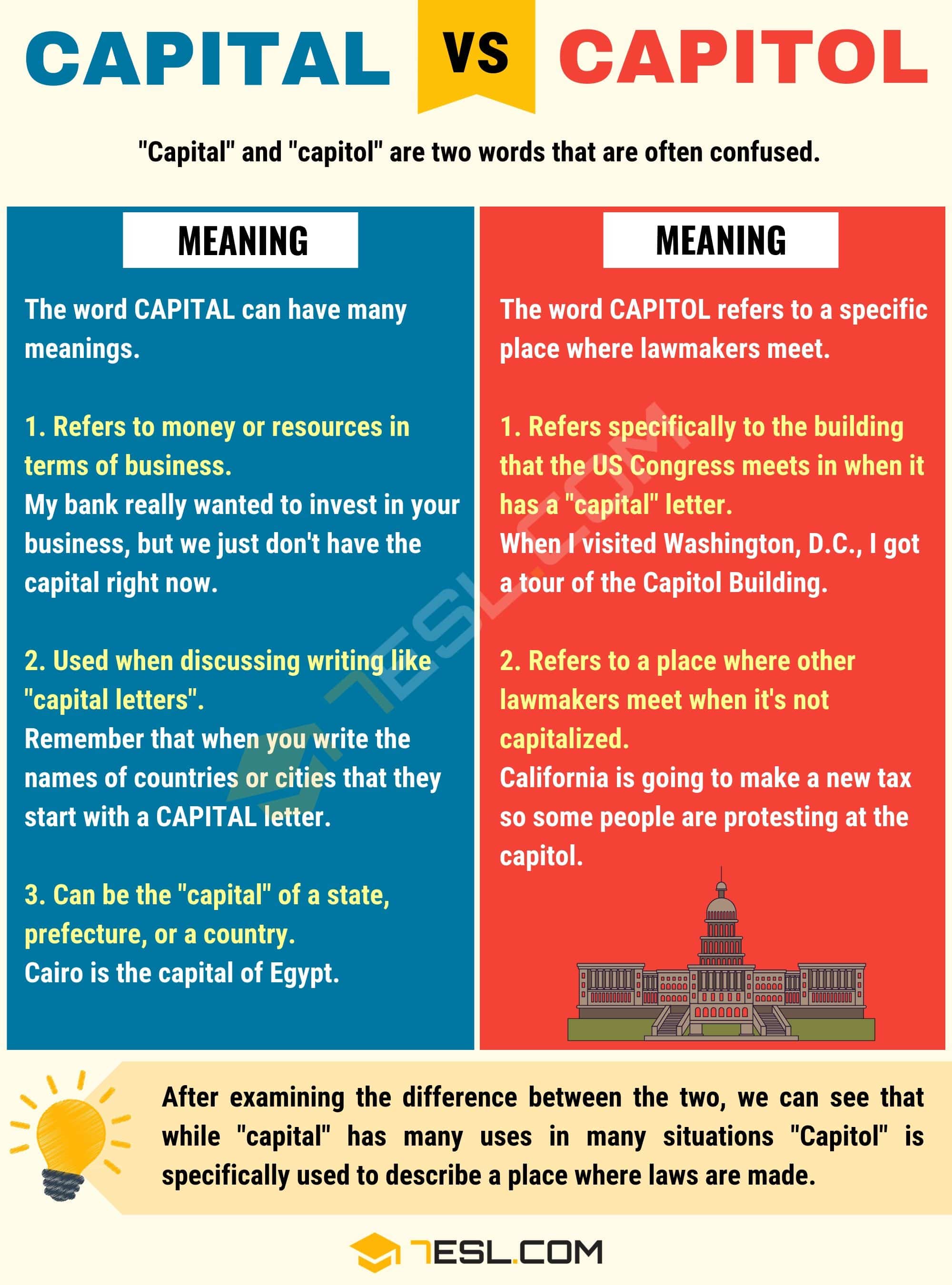