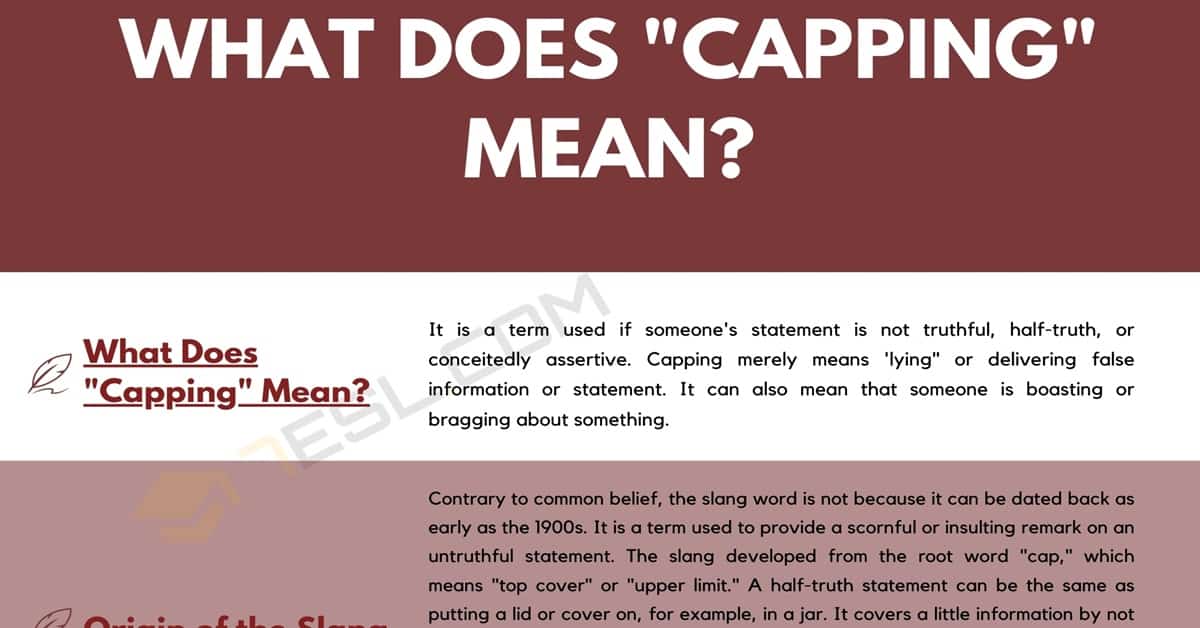 What does the slang term “capping” mean? One of the typical past times in this generation is to go online, to somehow relax and get revived. Chances are, you will come across some slangs that are beyond your grasp. In this article, we will discuss one of those slangs for your better understanding.

What Does “Capping” Mean?

It is a term used if someone’s statement is not truthful, half-truth, or conceitedly assertive. Capping merely means ‘lying” or delivering false information or statement. It can also mean that someone is boasting or bragging about something.

Origin of the Slang

Contrary to common belief, the slang word is not because it can be dated back as early as the 1900s. It is a term used to provide a scornful or insulting remark on an untruthful statement. The slang developed from the root word “cap,” which means “top cover” or “upper limit.” A half-truth statement can be the same as putting a lid or cover on, for example, in a jar. It covers a little information by not presenting the complete fact to mislead the listener to form a biased or false conclusion.

We can also make use of the slang in a slightly different context. Like “cap” also means an upper limit placed on purchases that is a term commonly used, especially in the government sector. In the context “capping,” means that the statement presented is greater than it is.

The term can take on a variety of meanings depending on the context. Capping can mean that someone is lying, not entirely telling the truth, or exaggerating statements.

Who Uses This Slang Word?

Capping is a slang term commonly used in the NBA and song lyrics, especially in the hip hop or rap music genre. It is an expression that has been used on Twitter since 2012 and is now common in TikTok videos. The reemergence of this expression is credited to social media and the famous people who have used it. The notable people who used this slang are Kevin Durant, Kourtney Kardashian, and Addison Rae.

When to Use This Slang Word?

The slang is frequently used as a disclaimer before providing a specific statement. No is a word that is added to form the phrase “no cap” which means “no lie.” It is also used to warn a listener that someone is not telling the truth, partially truthful, or providing a statement that surpasses the truth.

Other Words to Use Instead of “Capping”

The slang has evolved and is now commonly used as a phrase. We now frequently hear the words “no cap” which means “no lie.” Another alternative phrase for “no cap” is “for real.” It simply means that someone claims to be telling the truth without leaving any facts or adding extra information that can twist the truth. Other alternatives are “no joke” or “no brag.” 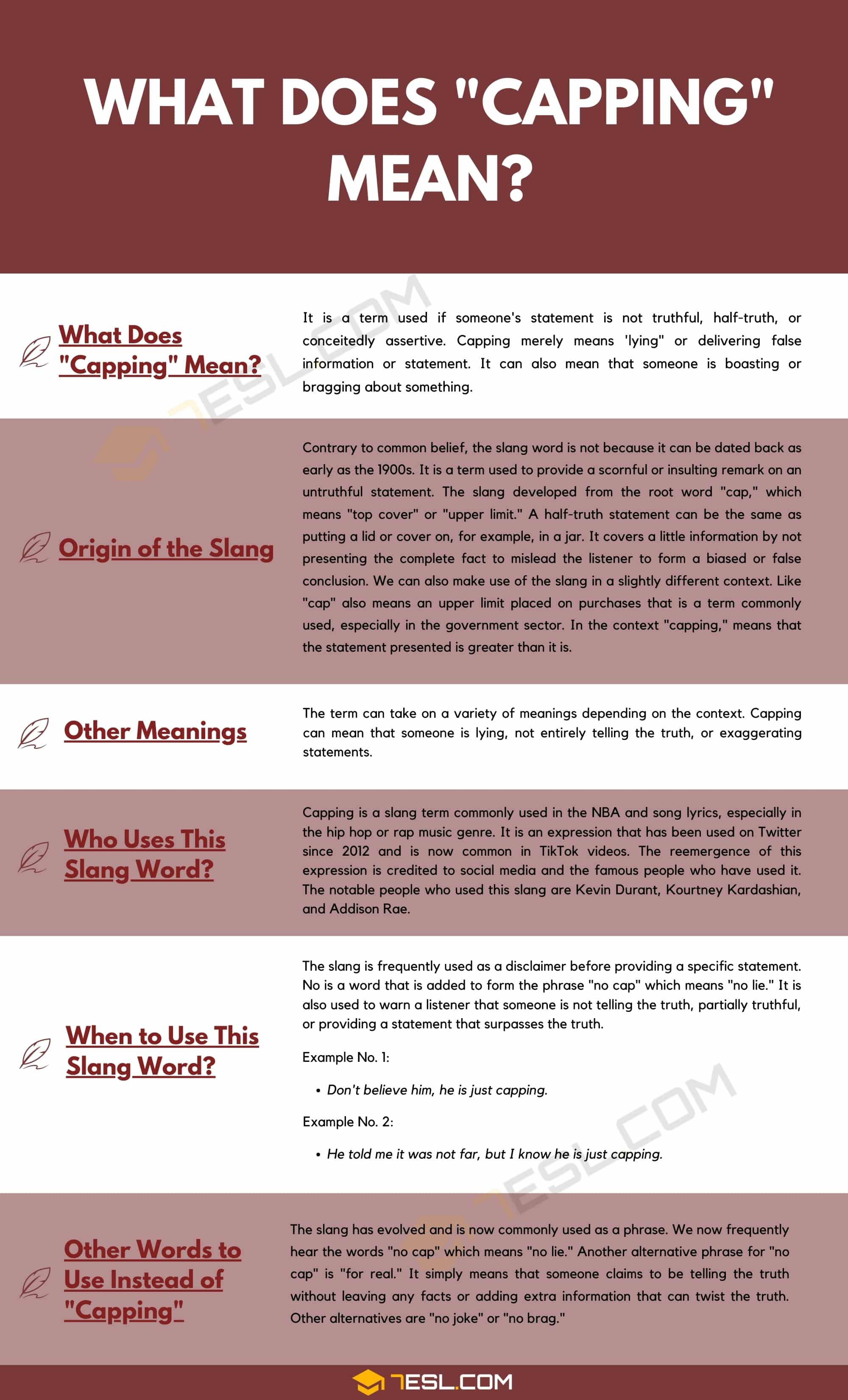