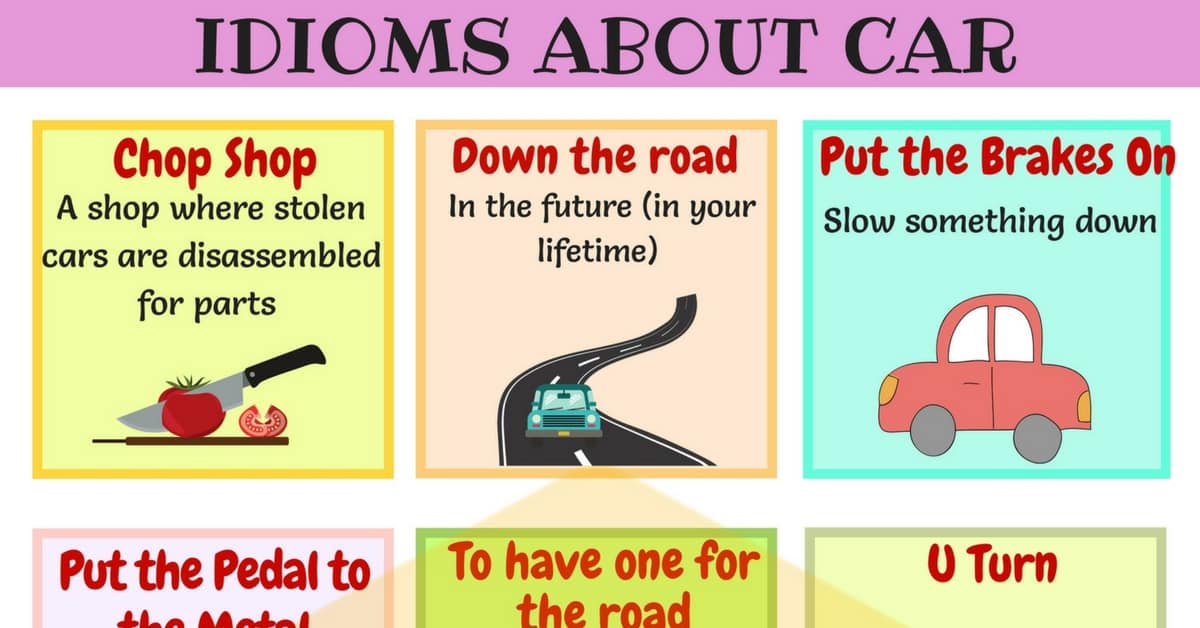 List of Idioms and Sayings about Car, Driving and Speed

Driving and Car Idioms with Meaning and Examples

List of car idioms with meaning and example sentences.

All Roads Lead to Rome

Note: A colloquial U.S. equivalent is “There’s more than one way to skin a cat.

Note: This idiom is British.

Put the Brakes On

Note: In UK English, this is sometimes “put a brake on.”

Put the Pedal to the Metal

To have one for the road

Speed Idioms with Meaning and Examples

Run Out of Steam

Quick as a Flash 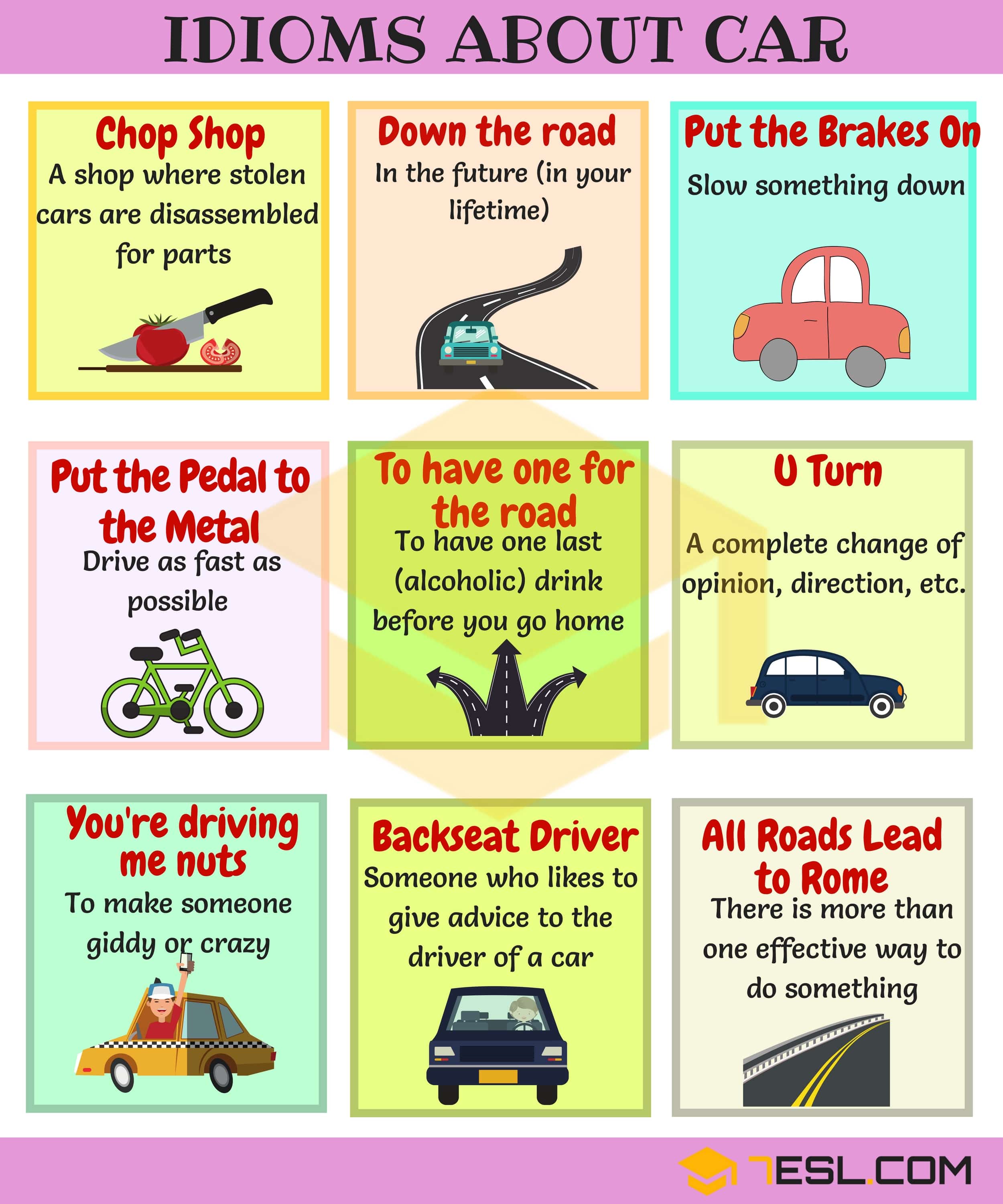 its not what i needed but its pretty good.

this is very usefull when doing progects