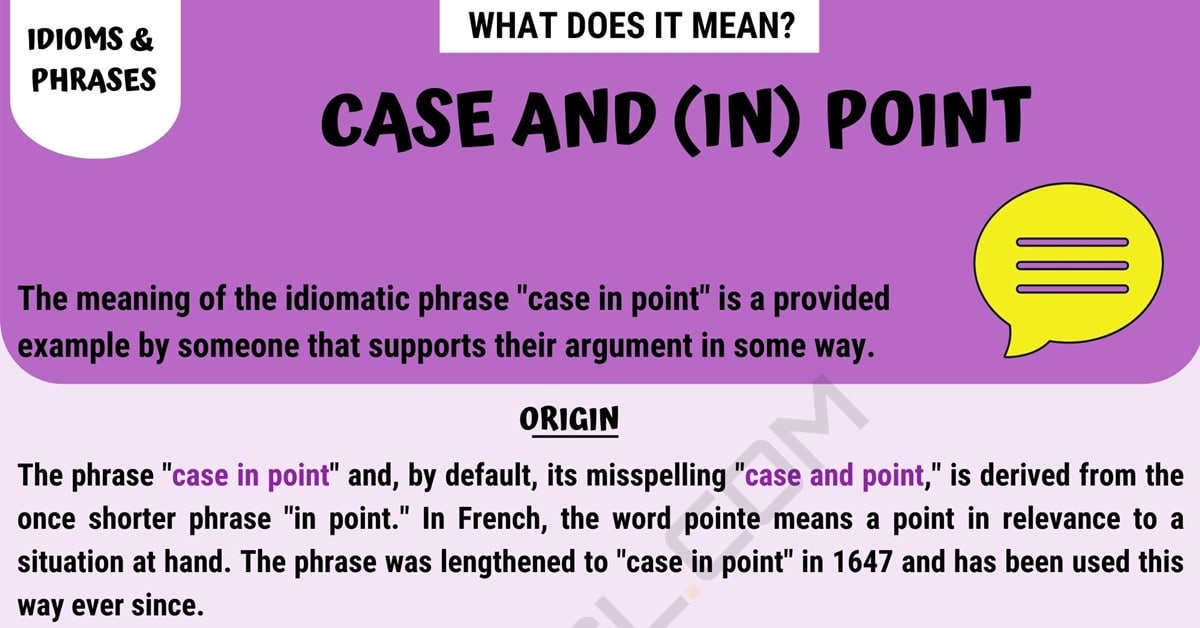 The idiomatic phrase “case and point” is not often heard in conversation or seen in writing. However, sometimes it does appear. When it does, you should be aware that this idiom is simply a misspelling of another idiom and means the same as “case in point.” Here you will find the meaning of the proper spelling of “case in point” and some information on the origin of this phrase. You will also find examples of how to use the phrase properly, with the proper spelling, in conversations/statements and other ways to say this phrase while still conveying the same meaning.

The meaning of the idiomatic phrase “case in point” is a provided example by someone that supports their argument in some way.

The phrase “case in point” and, by default, its misspelling “case and point,” is derived from the once shorter phrase “in point.” In French, the word pointe means a point in relevance to a situation at hand. The phrase was lengthened to “case in point” in 1647 and has been used this way ever since.

A statement made by a celebrity to an entertainment magazine during an interview.

A statement made by a politician about enacting new laws.

Other Ways to Say “Case And (In) Point”

There are many ways to say “case and (in) point.” Some other ways you can say this and still convey the same meaning include: 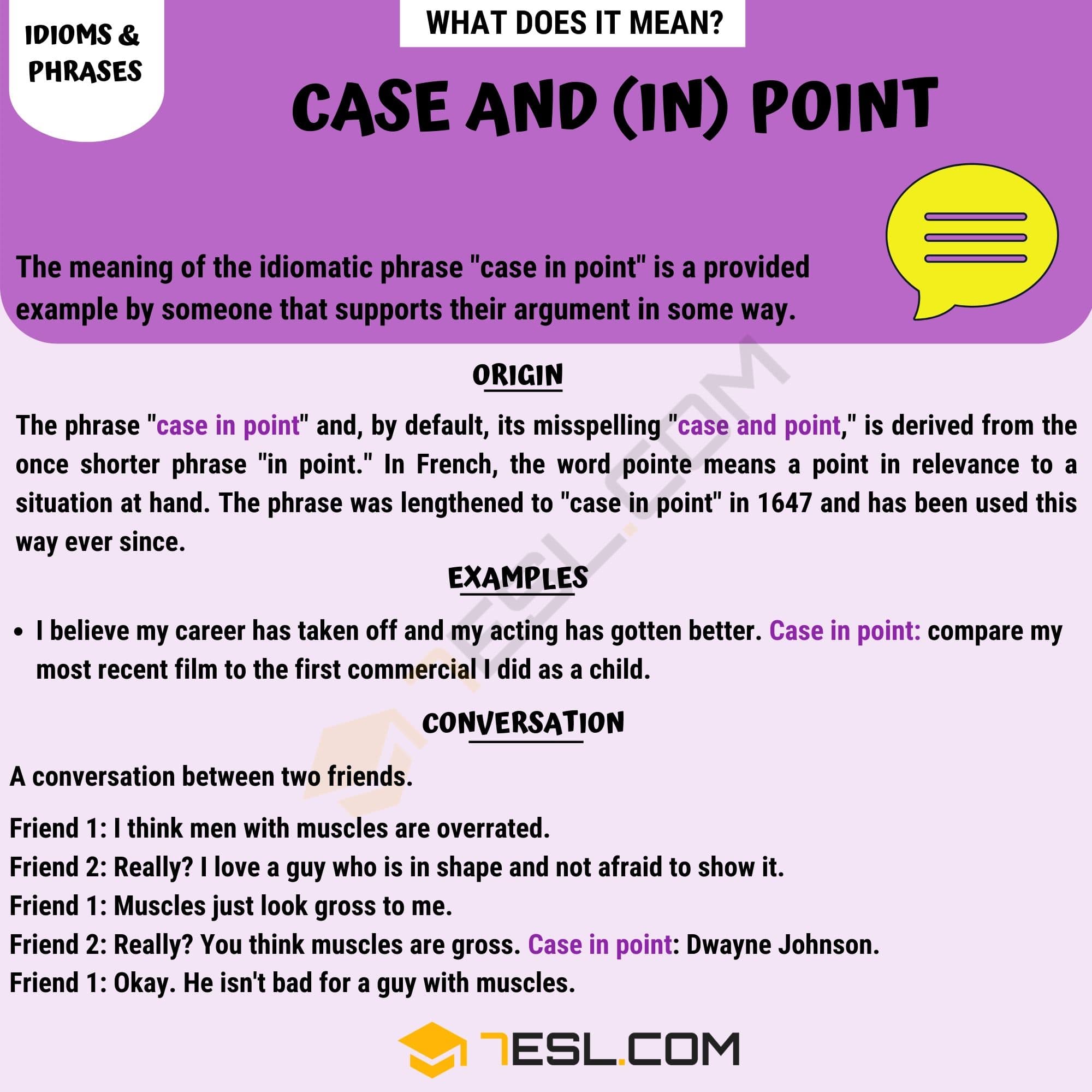