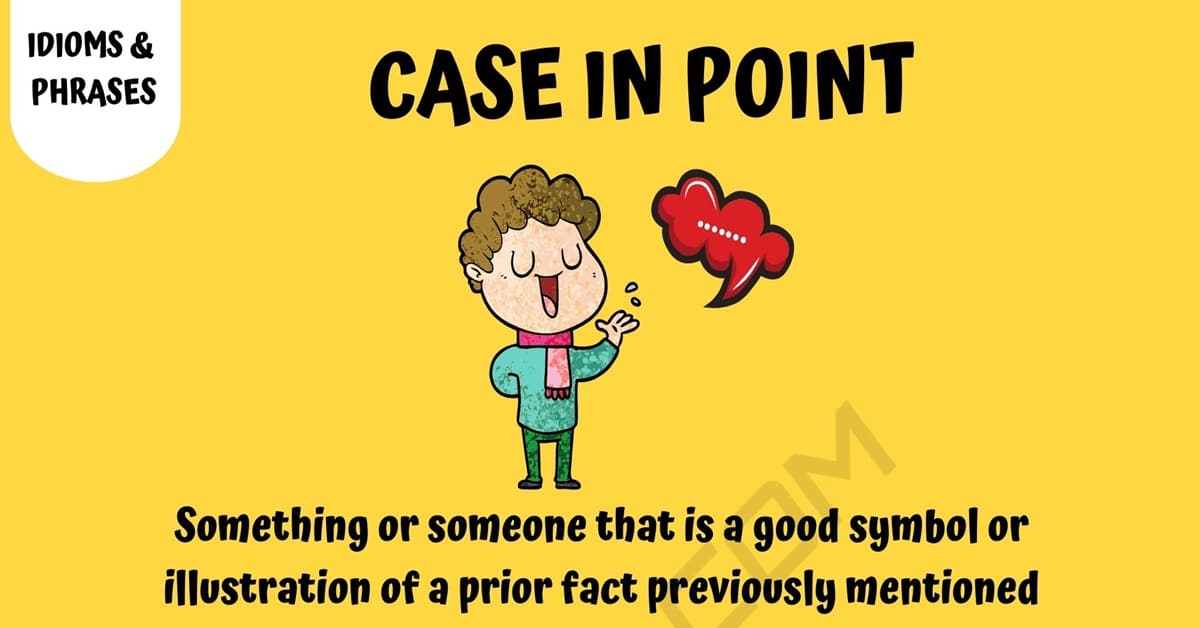 The phrase “case in point” is a common phrase you might hear during an everyday conversation or possibly see in writing. Here you will find the meaning of this phrase and the story behind its origin. You will also find examples of conversations/statements so you can see how the phrase is used properly in conversation, followed by some other ways you could say the phrase and convey the same thought.

The meaning of the phrase “case in point” is something or someone that is a good symbol or illustration of a prior fact previously mentioned.

Origin of the common idiomatic expression

This popular phrase was derived from a shorter phrase that was used many years ago. Derived from the French phrase a pointe, meaning relevant, the shorter form of the phrase “case in point” was simply “in point.” The phrase “in point” first appeared in 1658 and it was not sometime until the 1700s that the word case was added to the phrase to become “case in point.”

A statement made in an entertainment magazine about a well-known actor.

A statement made by a radio host about a band.

A conversation between two friends working out at the gym.

Other Ways to Say “Case In Point”

There are numerous ways you can say “case in point” and still convey the same meaning. Other phrases you could use instead include for instance, for example or consider (insert name or thing here you want the person to consider).

Useful synonyms of “Case In Point”: 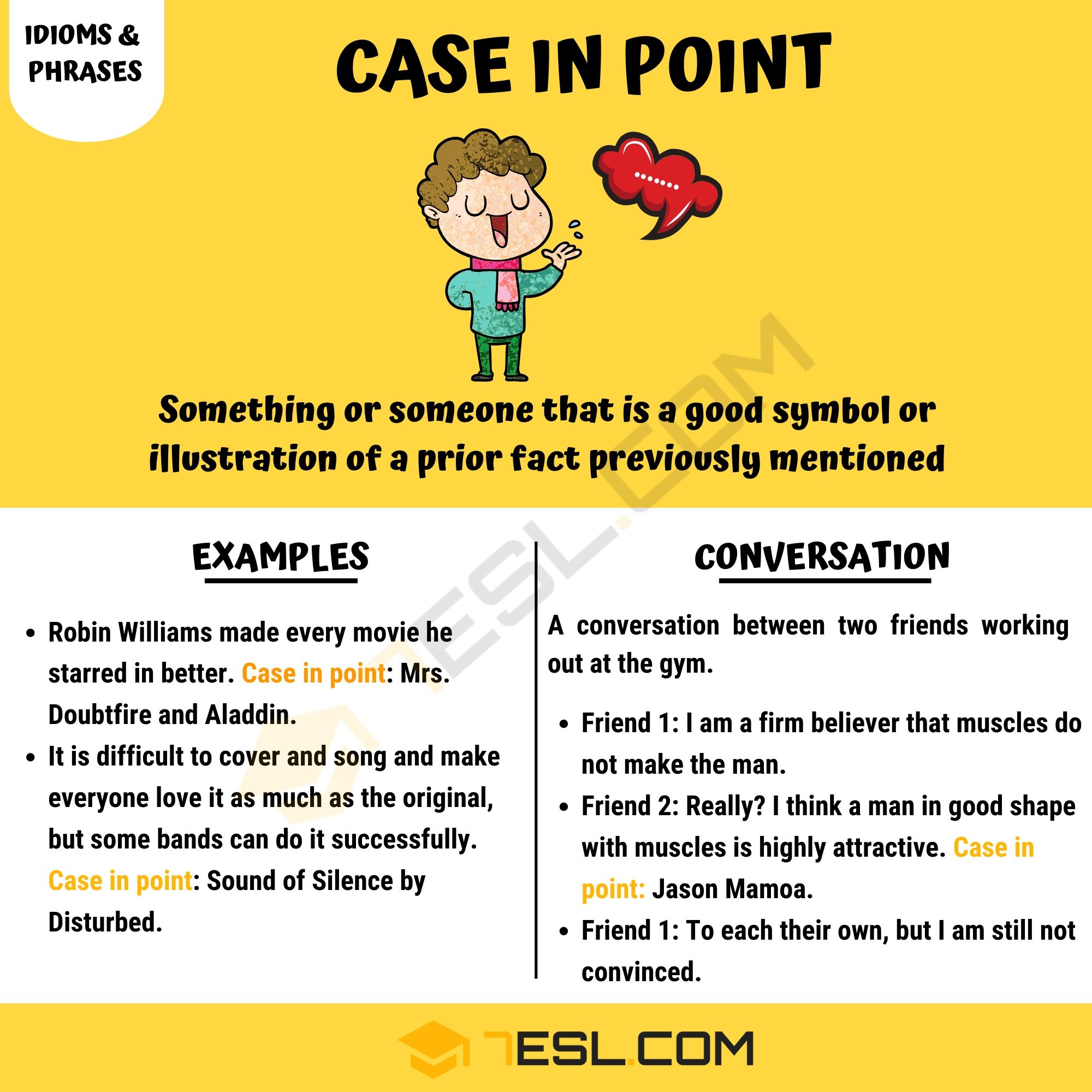