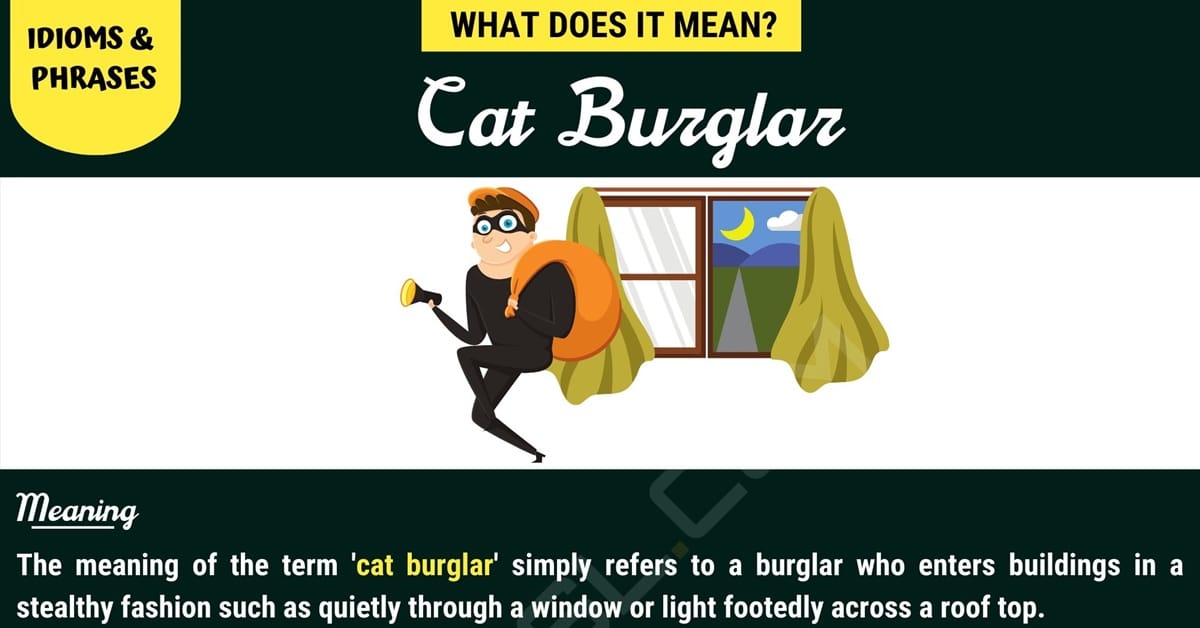 If you have ever heard someone use the term ‘cat burglar,’ you may well have wondered where this phrase came from or what exactly, it means. Let’s take a look into the meaning of this term and how it might be used in every day conversation. We will also look into where the term originated from.

The meaning of the term ‘cat burglar’ simply refers to a burglar who enters buildings in a stealthy fashion such as quietly through a window or light footedly across a roof top.

Origin of this interesting idiom

The phrase was originally used to talk about one burglar in particular, who performed his crimes in London in the United Kingdom. The saying dates back to the early 20th century when this man was operating.

You might use this term when describing a crime to someone, which has the same characteristics as the original cat burglar. You might say something along the lines of ‘My house was broken into last night by a cat burglar.’ The phrase has often been used in TV shows to talk about a spate of burglaries in a particular location.

If you are curious to know how to fit the term ‘cat burglar’ into a conversation, here are some examples of how it might sound.

There are other ways in which you can refer to a cat burglar, here are some examples of things you could say.

What Does “Cat Burglar” Mean? | Picture 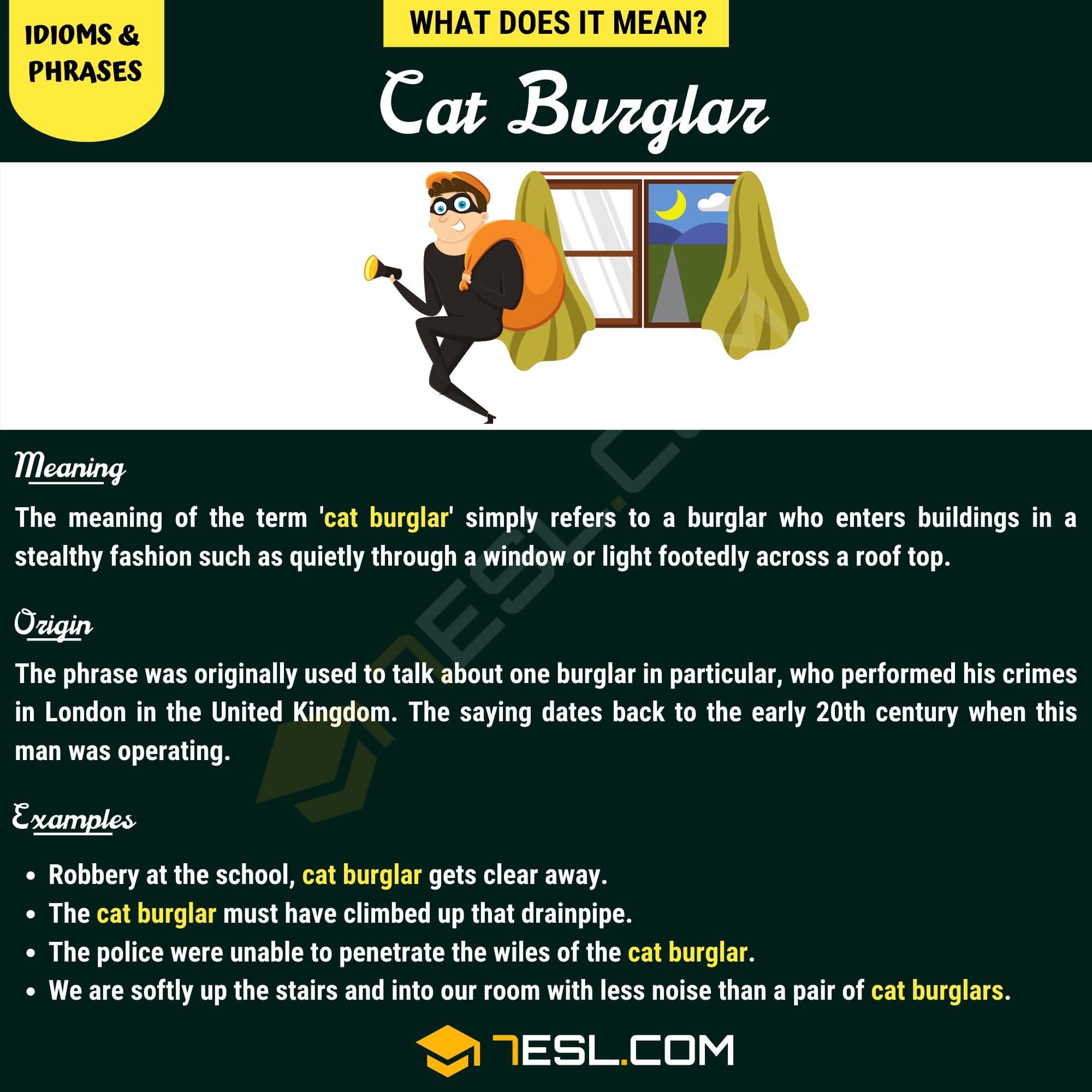