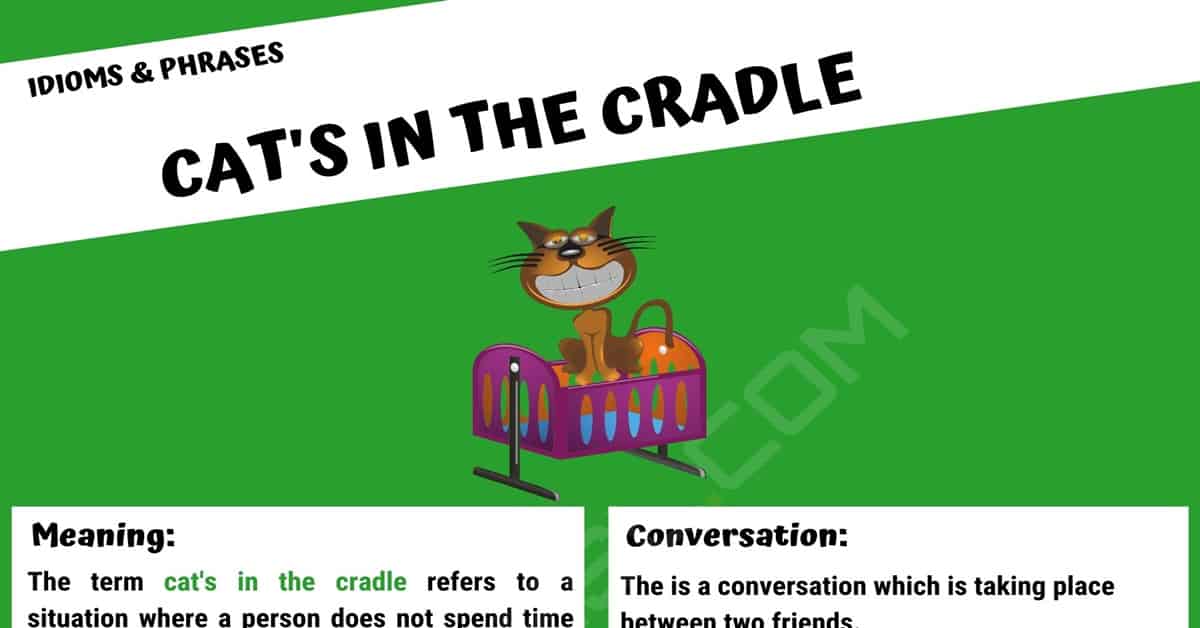 The term cat’s in the cradle might be heard frequently during English conversation, but what does the term mean? We are going to take a look at the answer to this question as well as finding out where the term first came from. We are also going to look at some examples of the term being used in conversation and sentences.

Cat’s in the Cradle

Cat’s in the Cradle Meaning

The term cat’s in the cradle refers to a situation where a person does not spend time on any given relationship.

The phrase cat’s in the cradle comes from a song of the same name which talks about a dad who doesn’t spend time with his son.

“Cat’s in the Cradle” Examples

The first statement is being made in a blog post.

The next example is a statement being made by a mother.

You are likely to see the term cat’s in the cradle in many different conversations, but in order to fully understand how it works, let’s look at some examples.

The first is a conversation which is taking place between two friends.

The next example is a conversation between two parents.

You might like to use a different phrase in order to convey the meaning of the term cat’s in the cradle, here are some things you might say.

What Does “Cat’s in the Cradle” Mean? | Image 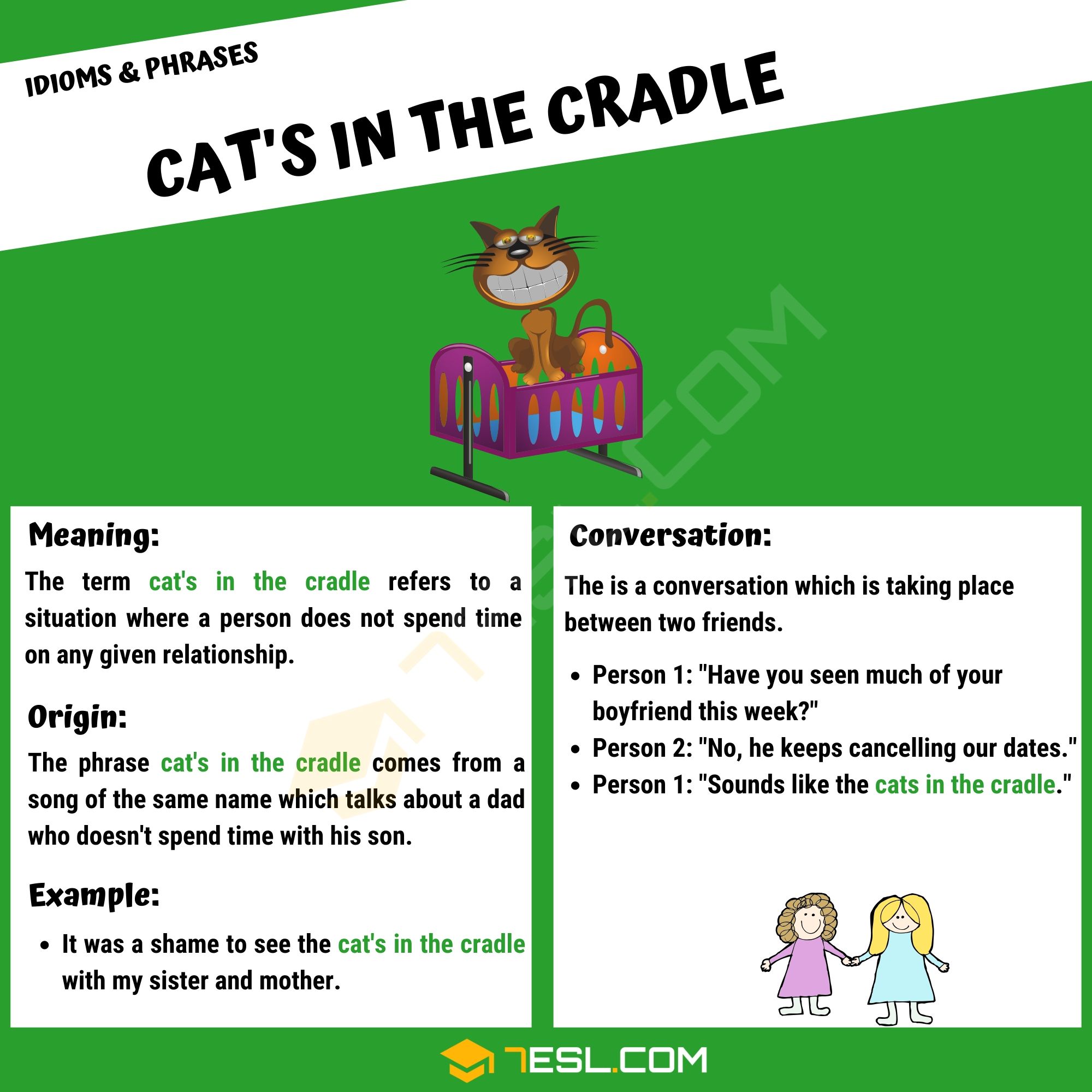 This is BS. Harry Chapin borrowed the expression for his song, along with phrases from other children’s poems and stuff like, “and the silver spoon”, “Little Boy Blue” and “The Man In The Moon”. He uses phrases his son would likely be familiar with from nursery rhymes he had heard, as he was just a little boy growing up through the first part of the song. He uses particular ones because they rhymed. Cat’s in the cradle is most likely just an alteration of a popular kids games called “Cat’s Cradle”, a game involving the creation of various string figures… Read more »