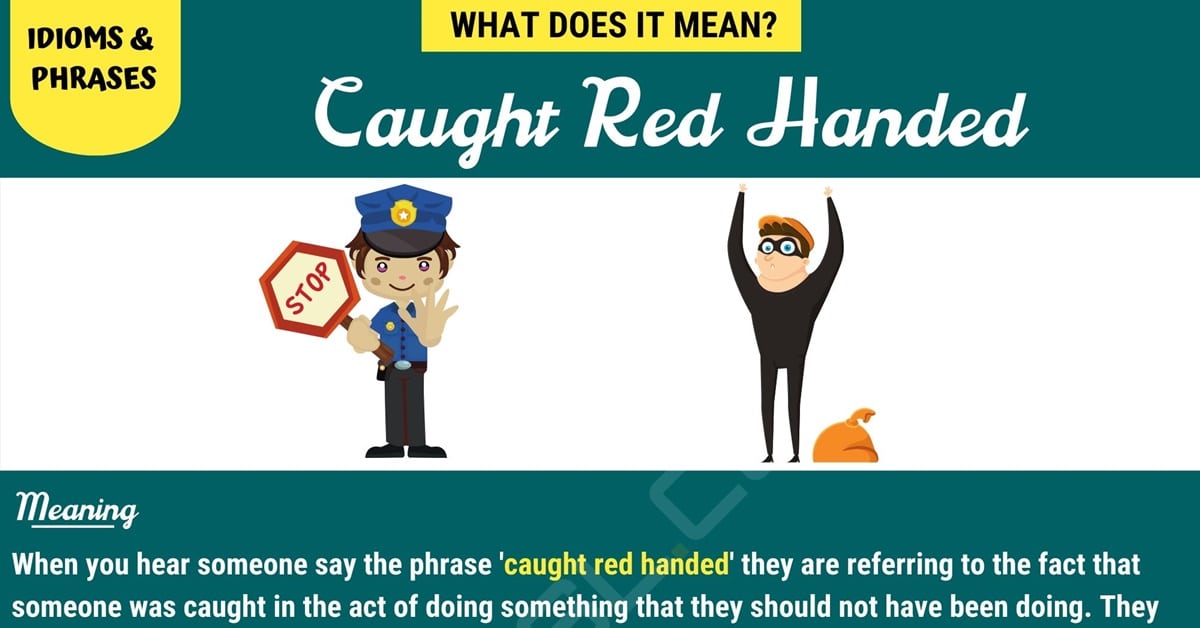 When listening to or engaging in conversation in the English language, you may well come across the saying ‘caught red handed.’ We are going to take a look at the meaning behind this common saying, where it came from and how we can use it in our everyday conversation.

When you hear someone say the phrase ‘caught red handed’ they are referring to the fact that someone was caught in the act of doing something that they should not have been doing. They cannot deny the accusation because they were seen doing it and all evidence shows that they are the perpetrator.

This saying is believed to have originated in Scotland in the 15th century. The idiom came from the situation where a person would literally be caught with blood on their hands after committing a murder. Therefore being totally unable to deny the crime of which they were accused.

You would use the term ‘caught red handed’ in many situations where you are trying to express that someone has been seen doing something that they shouldn’t be doing. For example, you might say something along the lines of

You could also use it when you catch someone in the act of doing something that they shouldn’t, you might say something like

If you are interested to know how you might hear the phrase ‘caught red handed’ in a conversation, here are a few examples of how it would sound.

There are many ways to express the meaning of the term ‘caught red handed.’ Some examples of this are listed below. 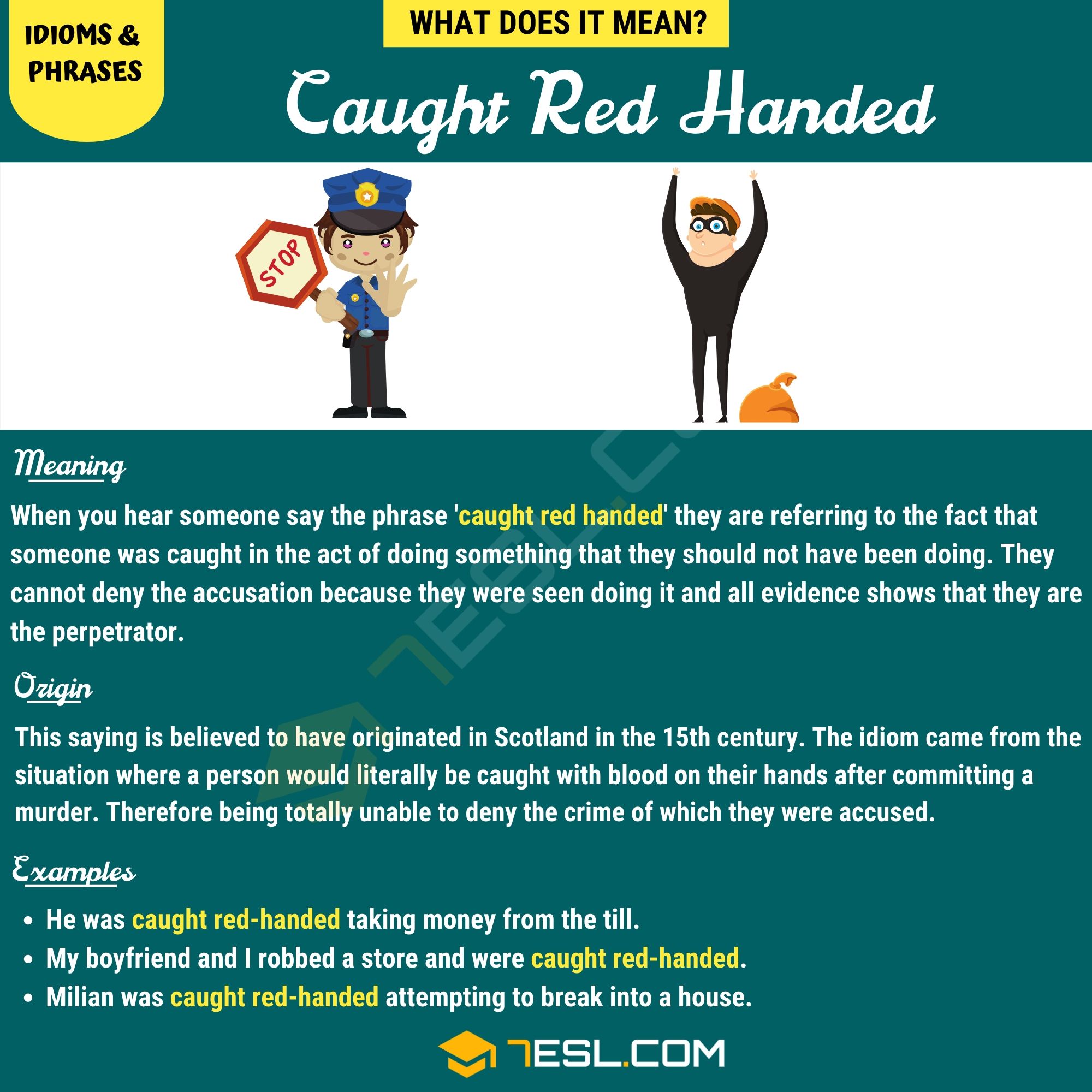