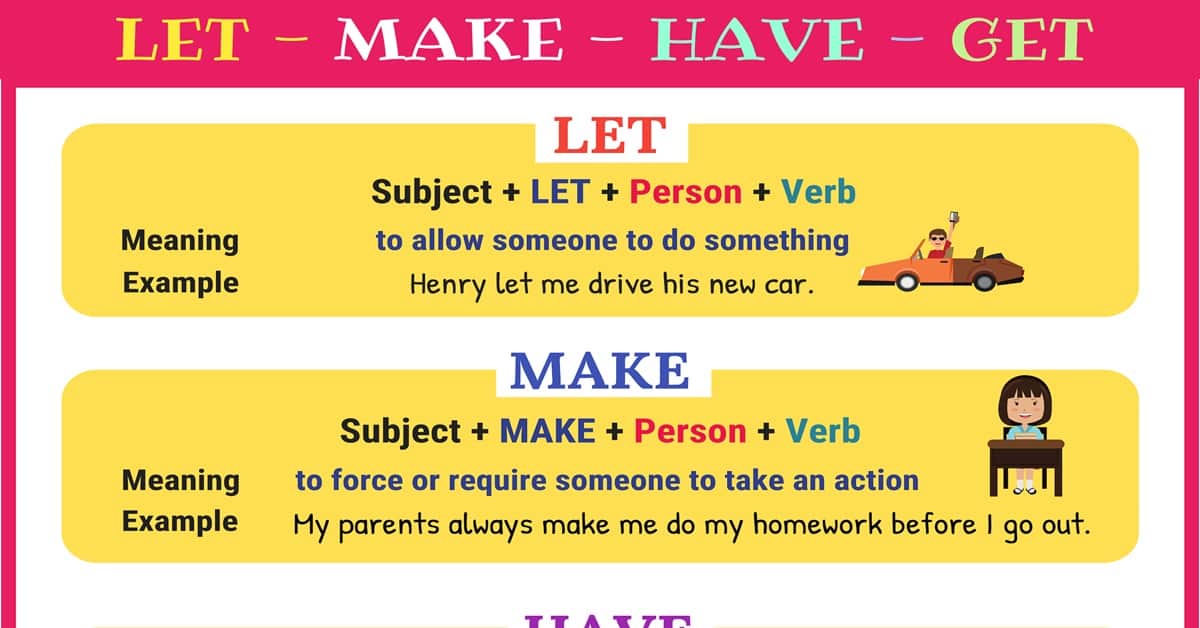 Causative Verbs! What is a causative verb? The causative verb is an excellent way of creating a much more detailed sentence when speaking or writing in the English language. This type of verb is used to talk about an action performed by another person to you or someone else. This might sound like a complicated process but it is in fact, quite easy to master.

In this section, we are going to be looking at the causative verb in a lot more detail allowing you to grow your vocabulary and form much more grammatically correct sentences.

What Is A Causative Verb?

What is a causative verb? The causative verb is a common structure in English. It shows that somebody or something is indirectly responsible for an action. The most common causative verbs are Make, Get, Have, Let.

Learn how to use English Causative Verbs (Let, Make, Have, Get) with useful rules, video, examples and ESL worksheet.

Form: Subject + Have + Person + Base Form of Verb

This construction means “to authorize someone to do something”.

The president had his secretary make copies of the report.

I’ll have Hudson show you to your room.

This construction usually means “to convince someone to do something” or “to trick someone into doing something.”

The students got the teacher to dismiss class early.

This construction means “to force or require someone to take an action“.

My parents always make me do my homework before I go out.

It seems unfair on him to make him pay for everything.

This construction means “to allow someone to do something.”

If you need any help, let me know.

Move up, John, and let the lady sit down.

“Have something done” Examples:

I had my hair cut last Saturday.

She had the car washed at the weekend.

“Get something done” Examples:

I really must get my eyes tested. I´m sure I need glasses.

She got her hair cut. 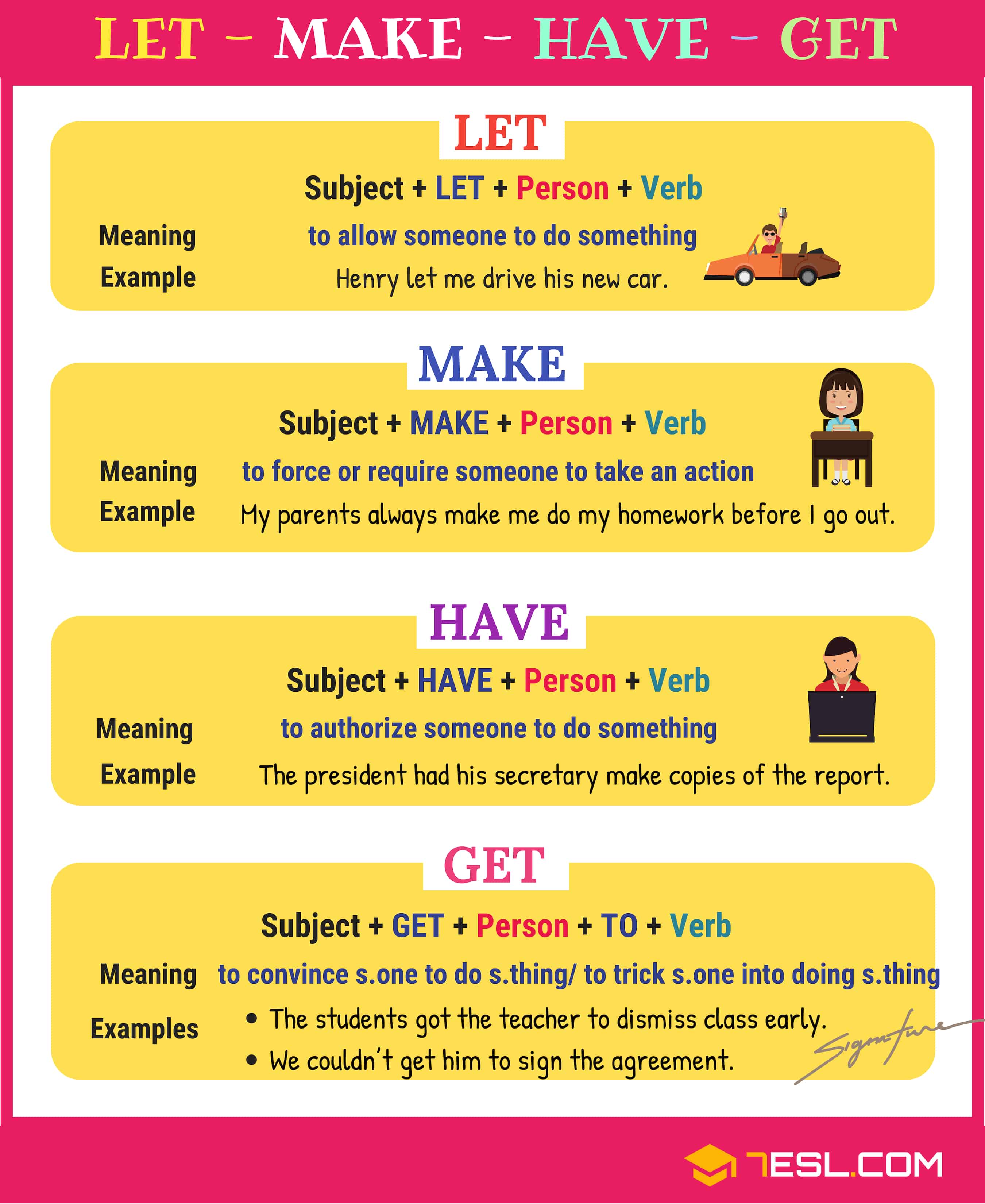 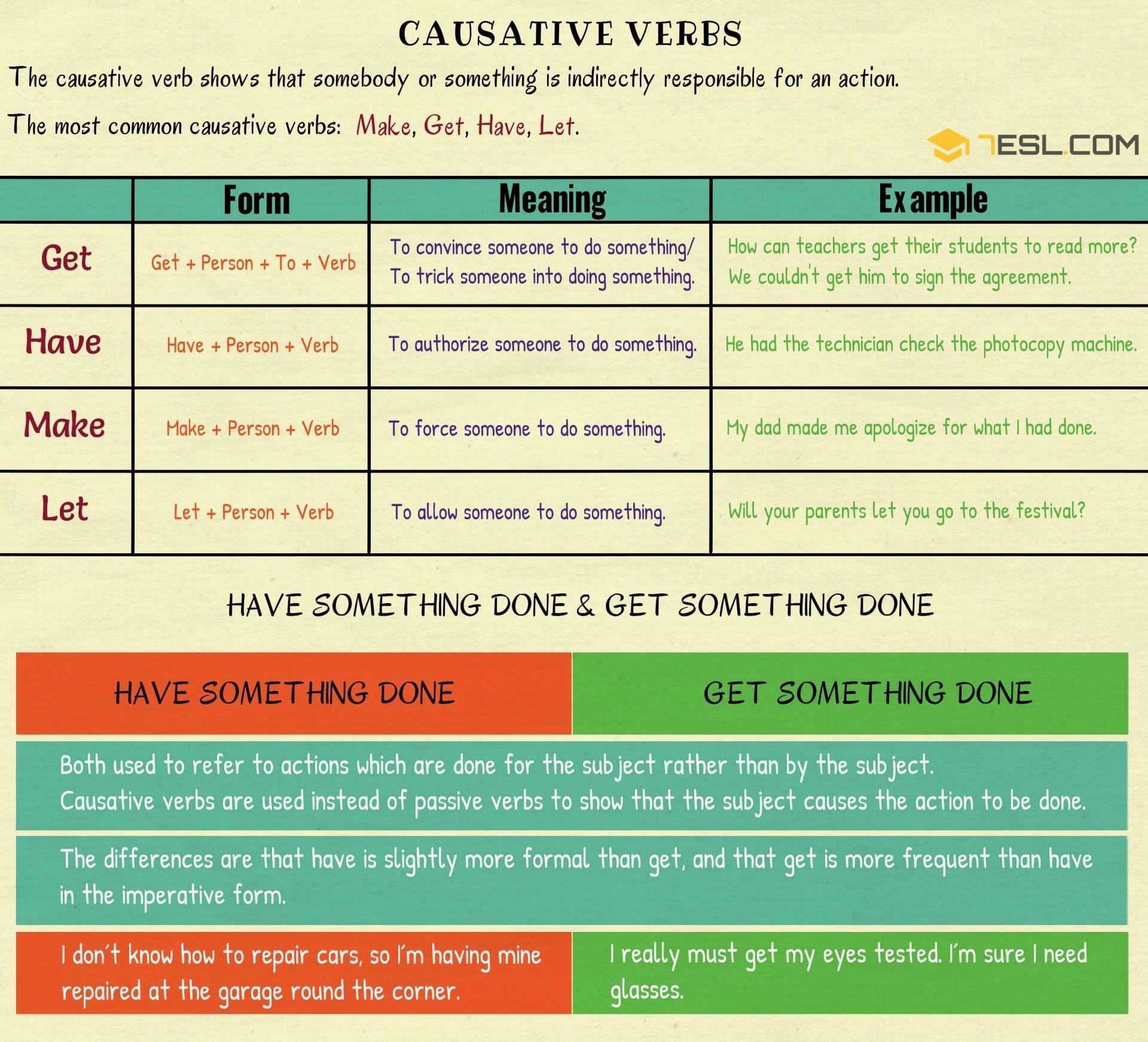 Thank you very much
Great job!!!!
My students love it.

Are you a Teacher..?

Well done! Thank you so much.

“do” is the correct answer

Thank you. It very good work.l am a student

Thank you! I am a student