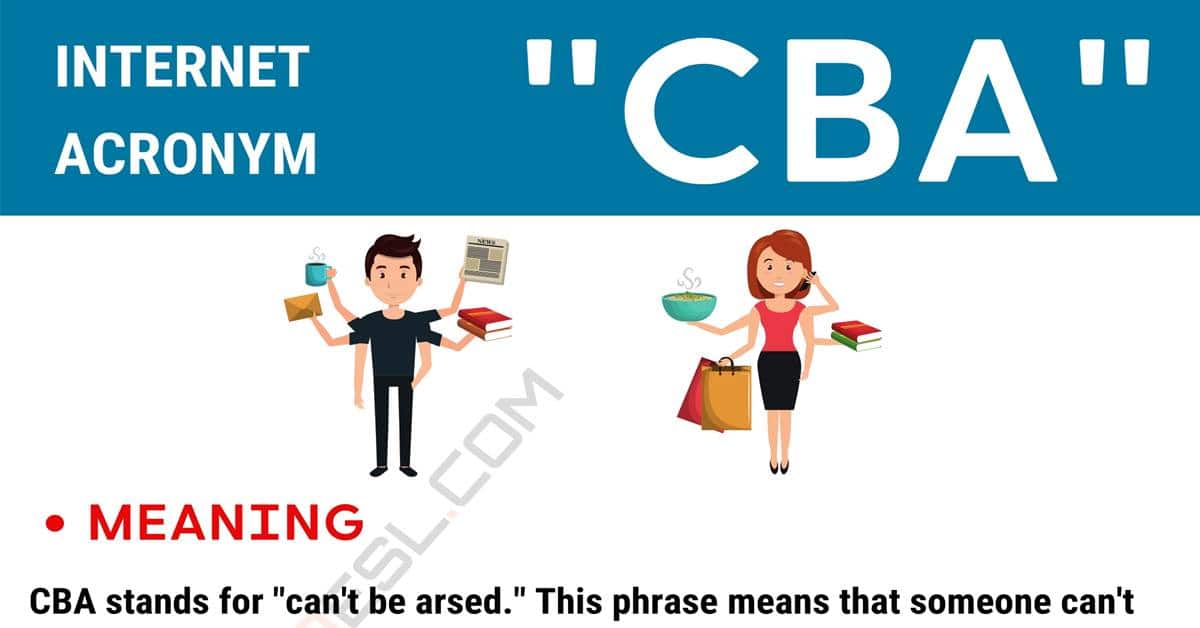 What does “CBA” mean? Unless you live outside the U.S., you have probably not heard of this acronym before. However, you are here, which means you are probably looking for the meaning of this term after having seen it being used. You are in luck because here you will find the meaning and more. You will also find information about its origin and some alternative meanings as to what this acronym can stand for. Additionally, you will find some example conversations that highlight its proper usage and some synonyms that can be used in its place.

What Does “CBA” Mean?

This acronym is used most often online to replace the usage of the entire phrase it stands for which is “can’t be arsed.” This phrase means that someone can’t be bothered to do something right now because they lack the energy and/or willingness to do something.

Typically, when someone tells you to do something it means you have to get up off your ass, or arse in some countries, and do it. Therefore, this phrase developed as a common response to someone telling another to get up of their arse and get things done. The earliest usage of the phrase dates back to at least 1968. The phrase is most commonly heard outside the United States, in countries such as Australia, New Zealand, and U.K.

Other Ways to Say “CBA”

There are some optional phrases you can use in place of this one this acronym represents. For instance, some alternatives you could use in its place include: 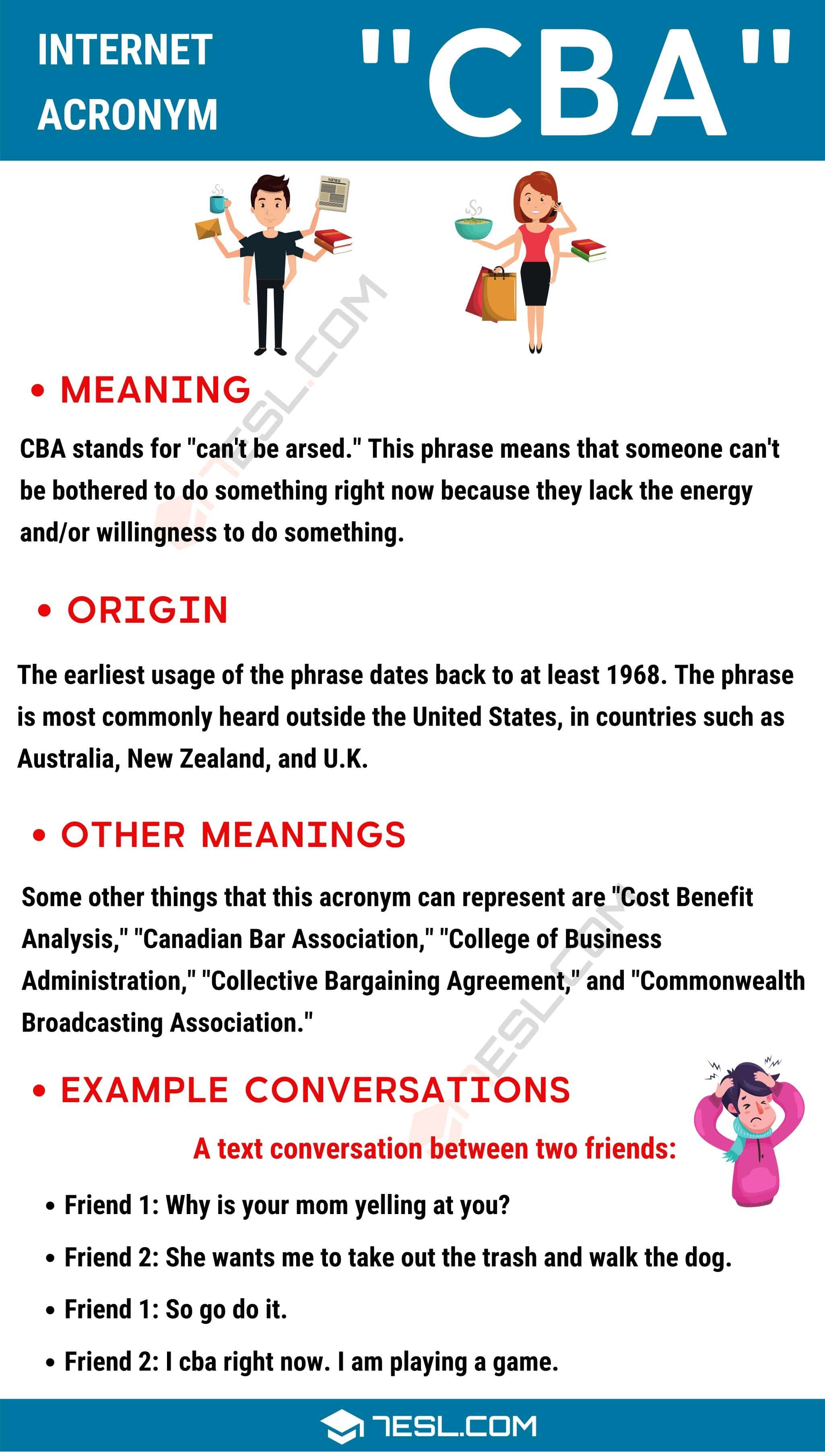