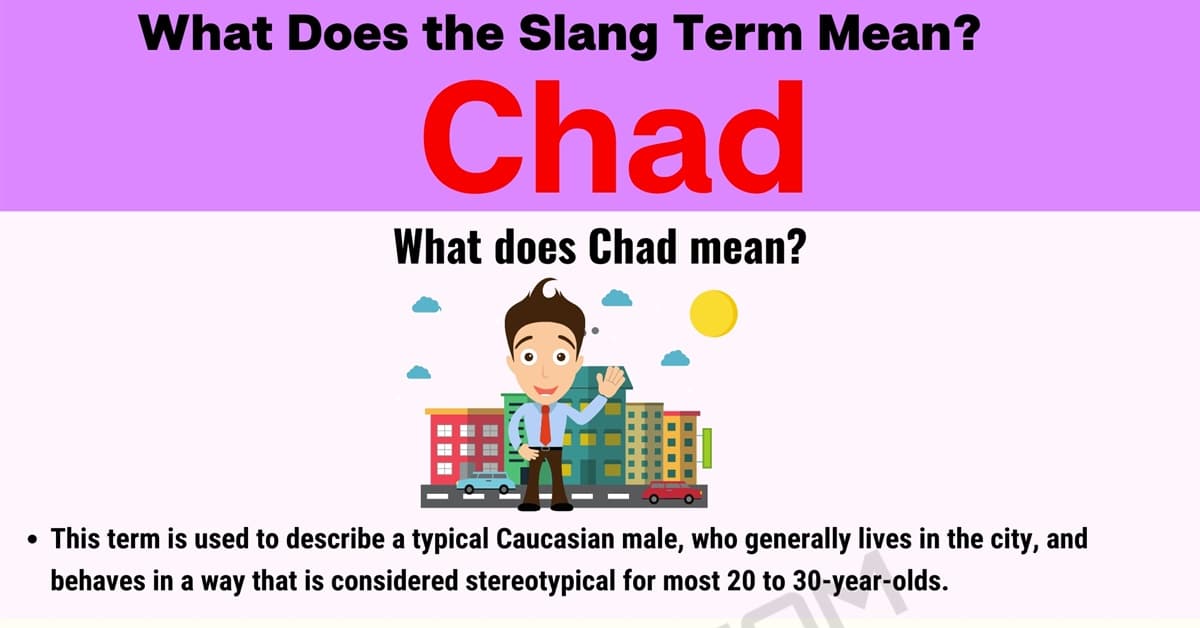 The slang term “Chad” is used as a derogatory term. Now, you might be thinking “wait a minute. Some guy I work with is named Chad. How is his name derogatory?” His name isn’t, but when you call someone or refer to someone by this term, it is. If you are still confused, then keep reading. Here you will find the meaning of this term, the story behind its origin, and some other meanings.

You will also be able to see some conversation examples to aid you in understanding the meaning of this term. Lastly, you will see some synonymous words and phrases that you can use in place of this term to convey the same message that this term implies.

What Does “Chad” Mean?

This term is used to describe a typical Caucasian male, who generally lives in the city, and behaves in a way that is considered stereotypical for most 20 to 30-year-olds.

The term originated in the U.S>, more specifically in the city of Chicago, Illinois. It became a way to refer to white males growing up in surrounding upscale, or rich, neighborhoods and was used to generalize affluent white males as those who get things handed to them because of money, such as a car on their 16th birthday. They are called this because the term is one of the typical names given to white males.

This term has multiple meanings. One meaning of the term is a Republic in Africa, It is also the name of a lake in Africa. In the computer industry, this term refers to a punched hole in the shape of a square or a circle from paper tape or a punch card. 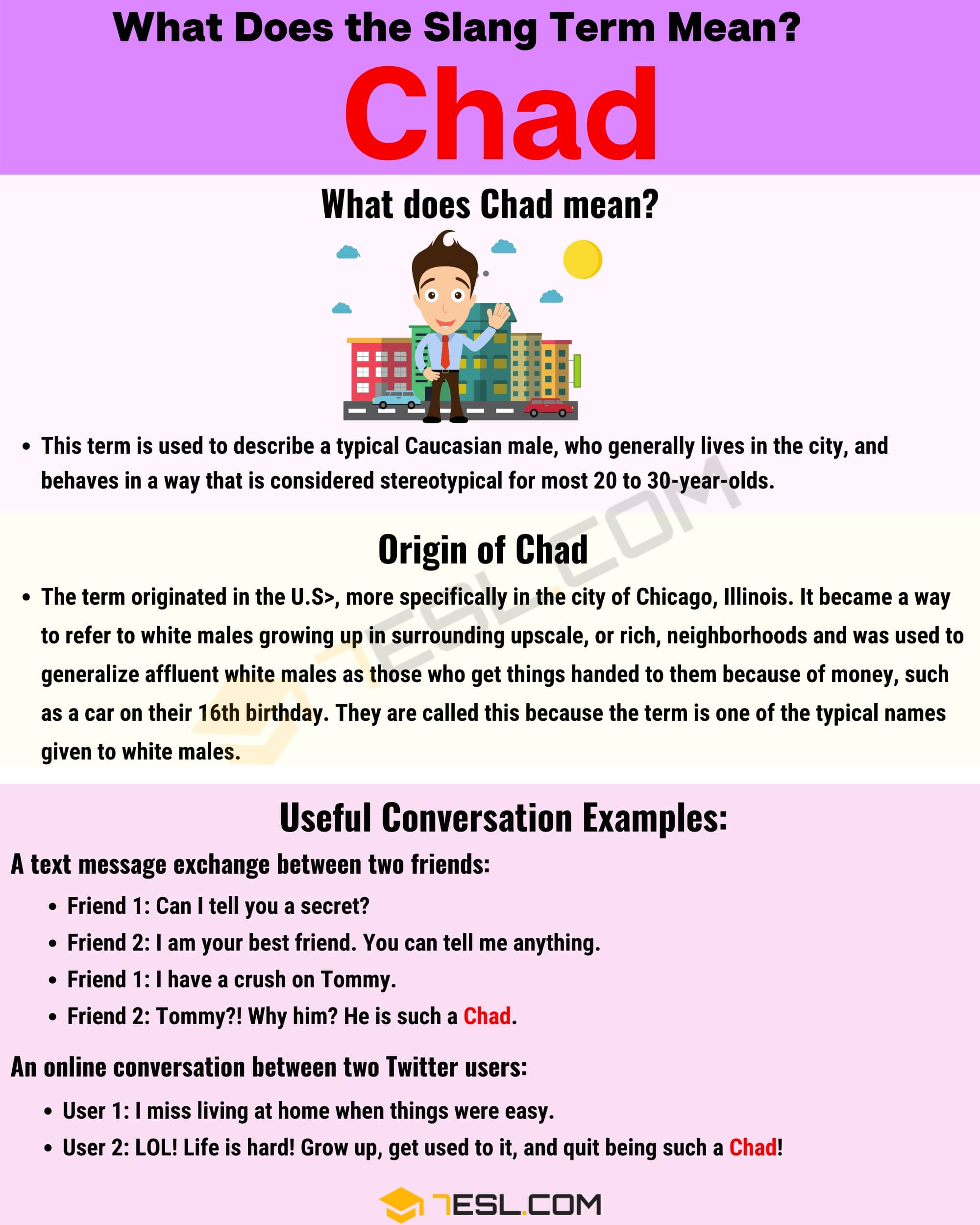