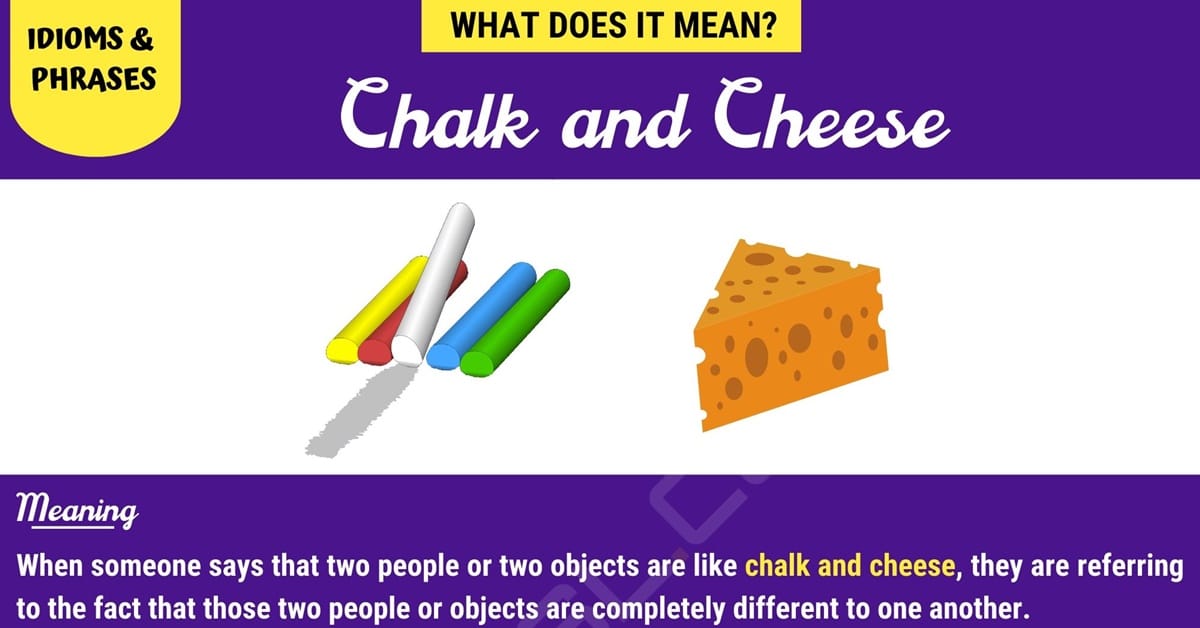 If you have ever heard the common expression ‘chalk and cheese’ during English conversation, you may have wondered what it means. We are going to take a look at how this phrase can be used, where it came from, and what the meaning behind it is.

The term ‘chalk and cheese’ was first written in a text by John Gower, way back in 1390 and it appeared as ‘ Lo, how they feignen chalk and chese.’ Of course, this was written in a very old style of English and has since evolved with the language over time.

You would be likely to use this term to describe two people who get along but are completely different in their personalities. You might say something along the lines of

You could also use it to refer to a reason why two people do not get along with one another, for example you might say something like

You might use the term ‘chalk and cheese’ in many different conversations, here are some examples of how it can be used.

There are a lot of ways you might express the idiomatic term ‘chalk and cheese.’ Here are a few examples of how you can show the same meaning but with different wording.

The Meaning of “Chalk and Cheese” | Image 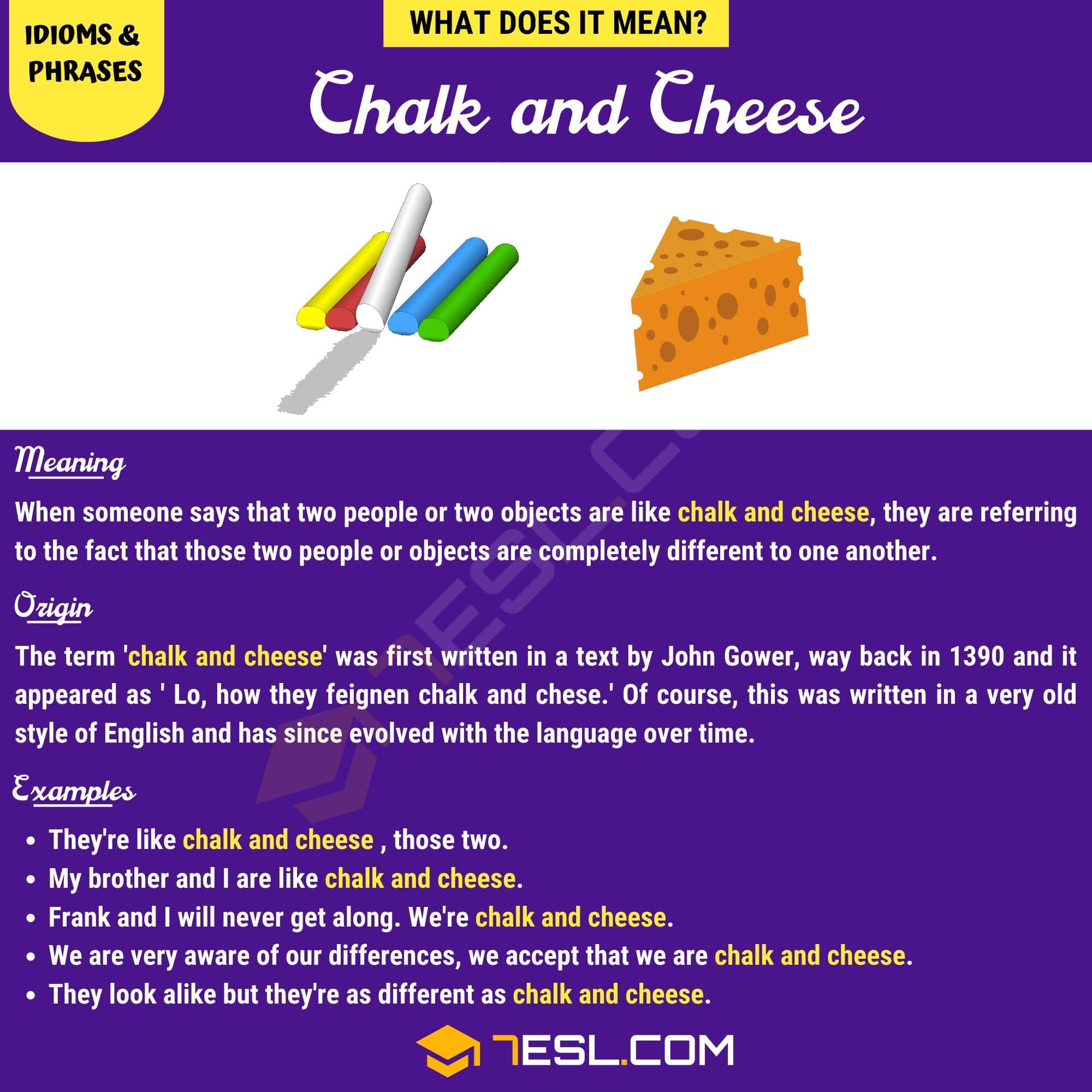