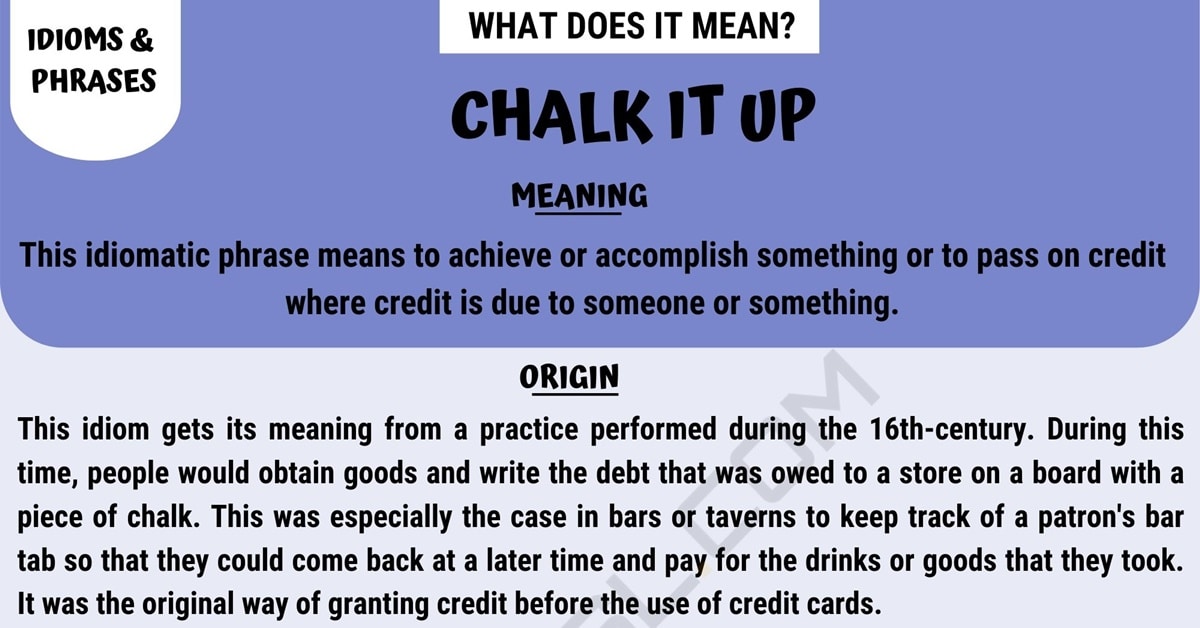 The idiom “chalk it up” used to have a literal meaning during the days before banking and credit cards were a thing. However, now it is used in a more figurative sense. Here you will find the meaning of this phrase, the story of its origin, and some example sentences/conversations to help you understand the meaning of this phrase a bit better. Finally, you will discover some synonymous phrases that can be used in place of this phrase to emit the same meaning in a conversation.

Chalk It Up Meaning

This idiomatic phrase means to achieve or accomplish something or to pass on credit where credit is due to someone or something.

Origin of this useful idiomatic term

This idiom gets its meaning from a practice performed during the 16th-century. During this time, people would obtain goods and write the debt that was owed to a store on a board with a piece of chalk. This was especially the case in bars or taverns to keep track of a patron’s bar tab so that they could come back at a later time and pay for the drinks or goods that they took. It was the original way of granting credit before the use of credit cards.

“Chalk It Up” Examples

A conversation between a coach and his quarterback.

“Chalk It Up” Synonyms

There are several phrases that you could use that would be synonymous with this idiom, Some of the other phrases you could use to convey the same meaning include:

Chalk It Up Meaning | Picture 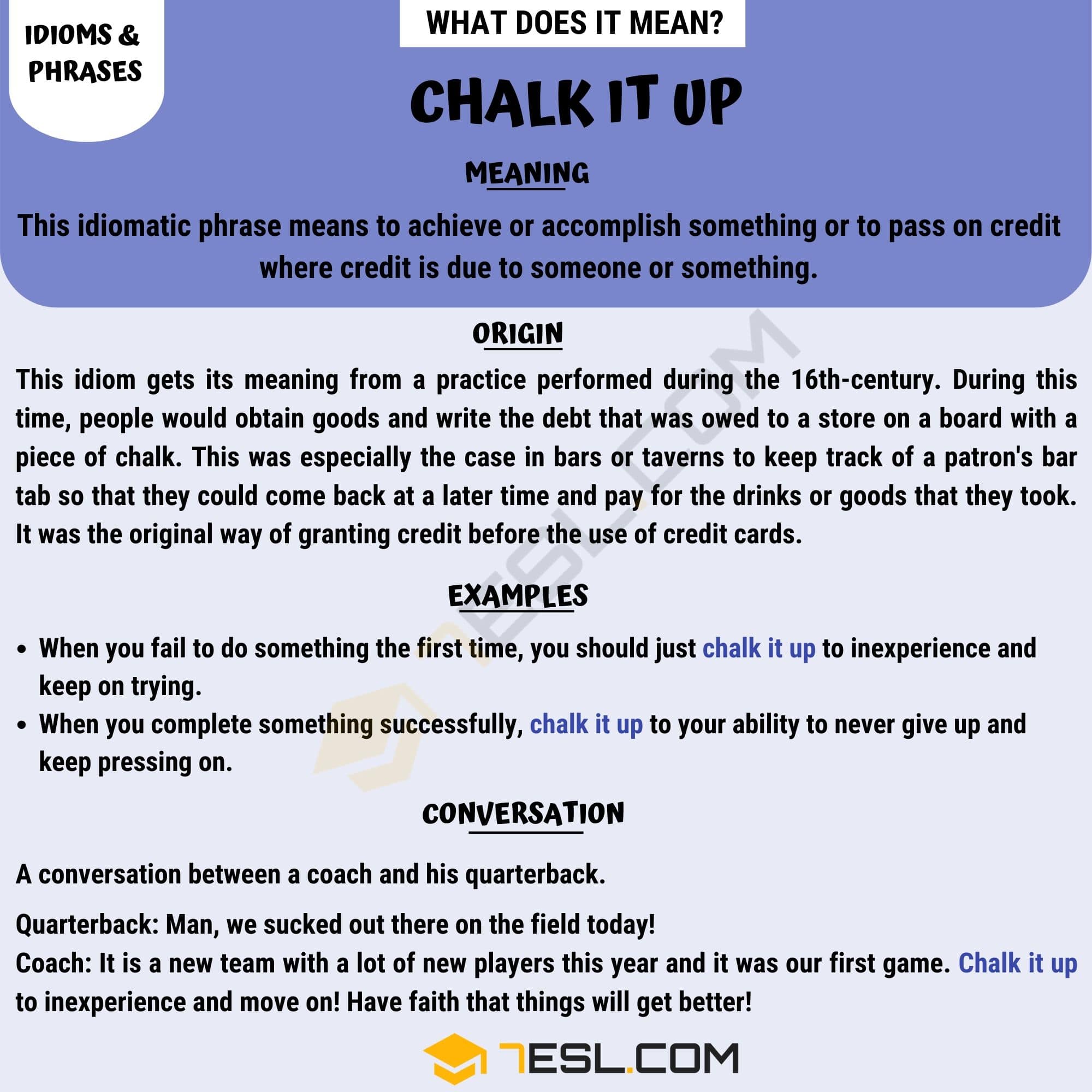 thanks this helped me