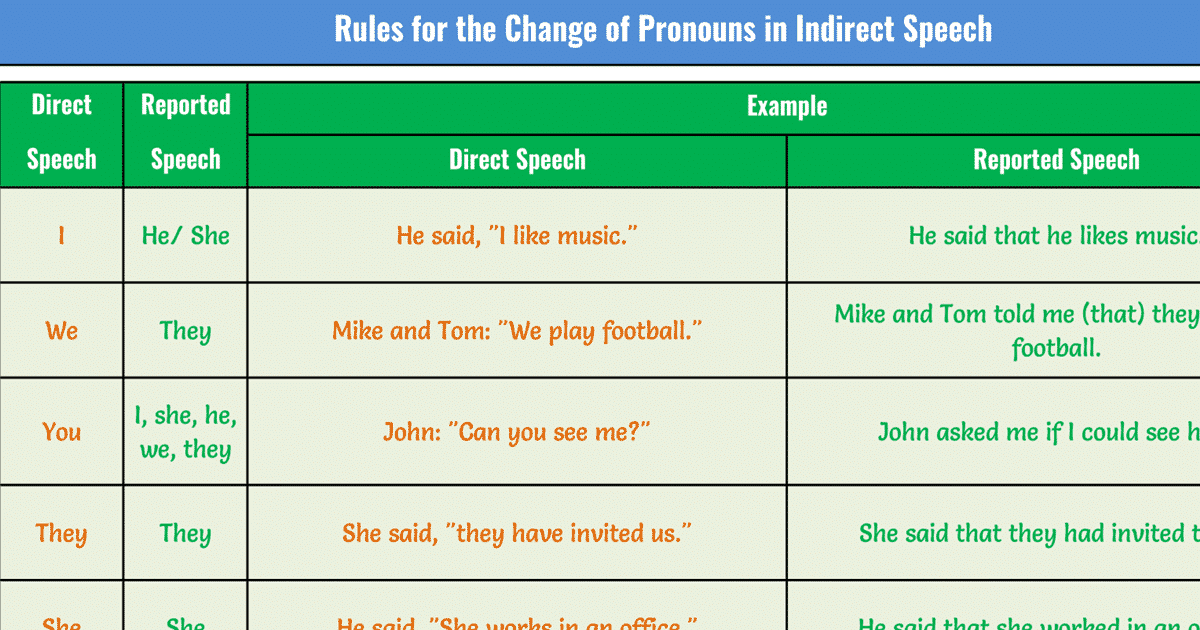 In indirect speech, you need to be careful with personal pronouns. They need to be changed according to the situation. You need to know the context.
For example, there is possible confusion when you try to change reported speech to direct speech: 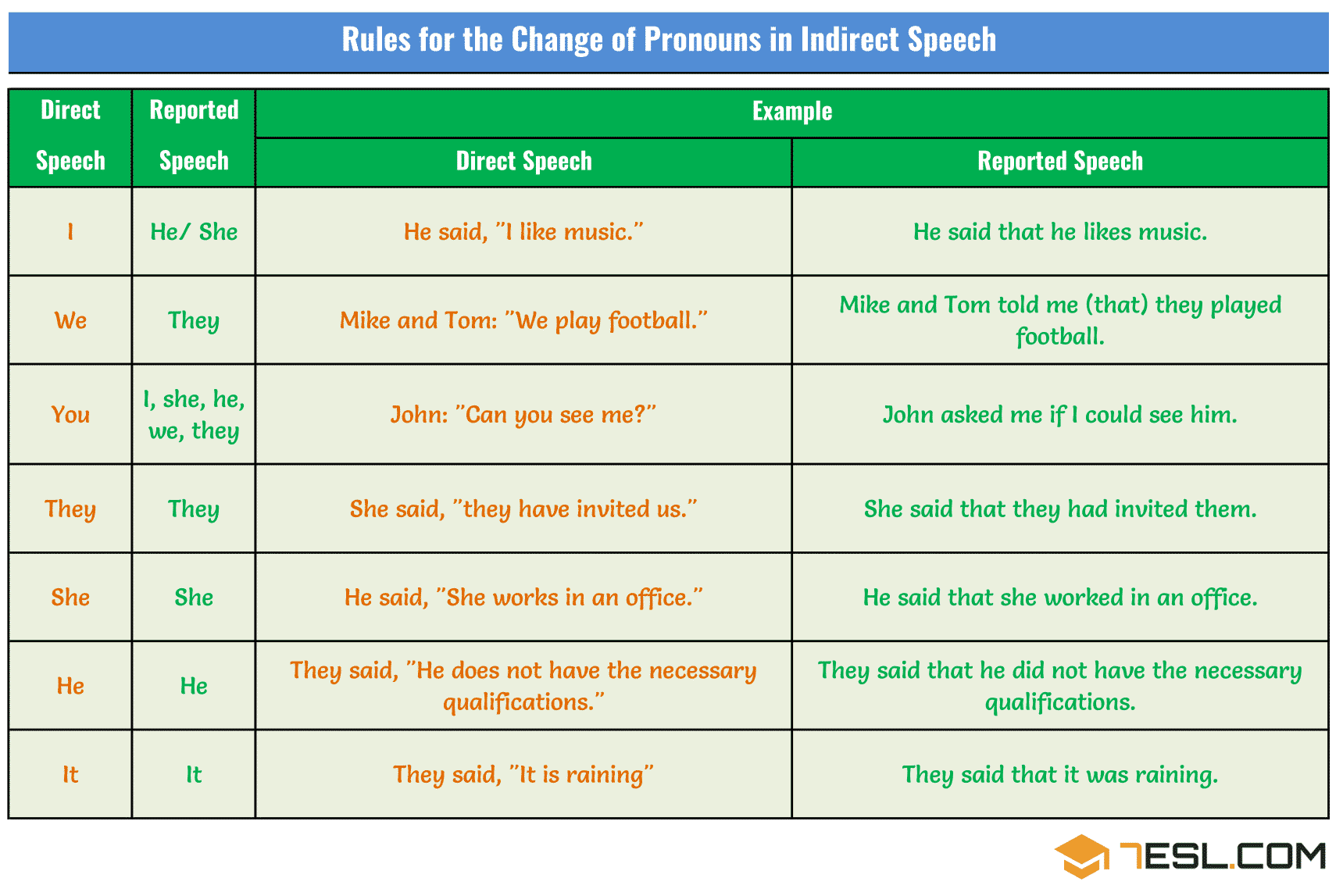 Second person pronoun in direct speech (i.e. you) is changed according to “object” of reporting verb.
For example:

Third person pronoun in direct speech (i.e. he, she, it) is not changed in indirect speech.
Examples:

I am happy to this explication

It’s a very desirous kind of results that i got from here. Thankyou?

chane the narration
he says ,”you are ill”.

He says that you are ill.

he says that i am ill

He says that I am ill.

What if the direct speech is ‘He said ,”You are a generous person. ” what will be the reported speech

not important
Reply to  Gaurav Garima

Kalpa
Reply to  not important

How to report these?
I looked the answer for these everywhere but couldnt find.

1) John told Stephen that he was a good man.

2) John told Stephen that he was a good man.

The principle said ,”we can do a lot in this life.” what is the indirect speech of this sentence?