What Is A Character Trait?

A character trait is something which can describe an aspect of someones behaviour. These are individual characteristics which create the personality of either a real life person or of a fictional character. There are both positive and negative character traits seen in any character or person, including yourself!

Often times, people might think of the character trait as being the same thing as the personality trait, however this is not true. The two are quite different, but it is not always easy to determine. The best way of forming a distinction between the two is to think of a personality trait as something which is evident to an outsider, for example “John was constantly making nasty remarks to his friends, it was clear that he was a viscous person.”

However, the character trait is something which is not immediately obvious to someone on the outside, you will notice that these traits develop throughout a period of time. A good example of this is when you meet someone new and they come across as being friendly and kind, however as you get to know the person, it becomes apparent that they are also very empathetic but this is not immediately noticed and requires getting to know the person and understanding why they are this way.

A character trait is a great way of talking about a person who you know well and describing them to someone else. However, a character trait is also an excellent way of creating a fictional character and is something that is often seen in works of fiction as a way of bringing the characters on the page to life and giving them a more human feel.

You will notice in each of the examples that the discuss why the person has a specific character trait and this shows us that we are talking about their character rather than their personality.

Let’s now take a look at some examples of how these character traits might be used to talk about a person.

We will now take a look at how we can use these words to talk about someone’s character.

Let’s now take a look at how we can use these character traits to talk about a person or fictional character.

Quite often, writers will employ the use of a character trait as a way of making a more unique personality for their characters as well as bringing them to life and making them feel more like real people. 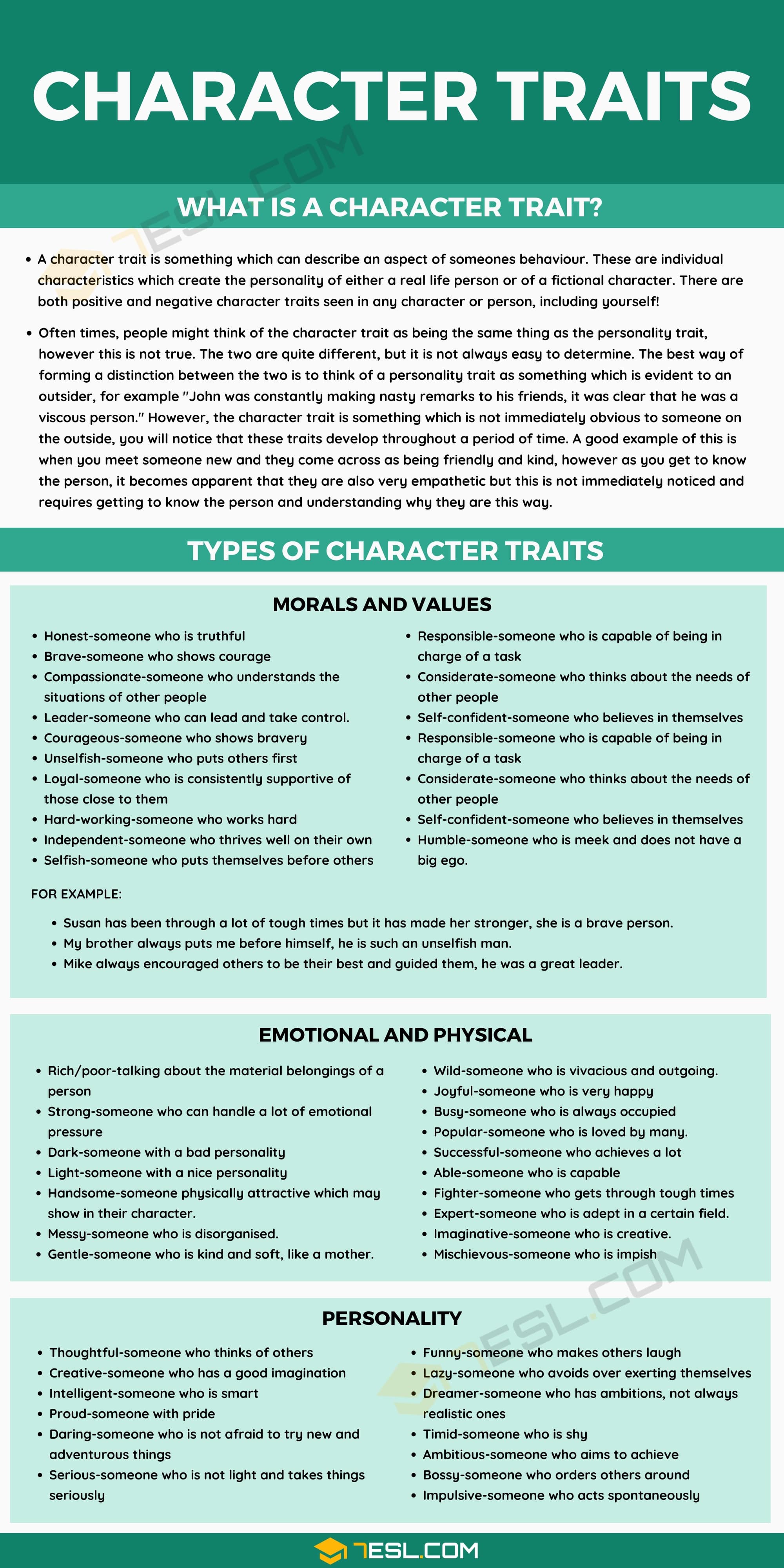